Why Your Town Sucks #1: Coralville

Scruff said:
We order Monica's delivery like once a month. Wig and Pen we actually order from the new North Liberty location, we limit our orders from there. As good at it is, its still expensive for Pizza. I hadn't heard of Chez Grace, but we're going to try it now. Thanks!

I'd add Iowa River Power & 30 Hop to your list. To you're point, yes there are more here than I thought. The beauty of being here is even driving to a neighboring town for good food isn't a big deal. The two downfalls are being surrounded by hawk fans and IowaCity/Coralville really like to tax the property owner. I enjoy the nice roads and trails, but hot dang!
Click to expand...

You get a Monica delivered? Exactly how far do they travel?

Farnsworth said:
Also please add pics of shittiness, that could get fun in these lame duck run down towns.

For instance, hey Dirty Dodge, Ja-Mars isn't an incredible one of a kind culinary institution, its a Mecca for inbred Iowa hicks. It's a fried food hellhole like a permanent Iowa State fair booth, except the Iowa State Fair brings creativity in it's offerings and KNOWS it should only be consumed once a year. 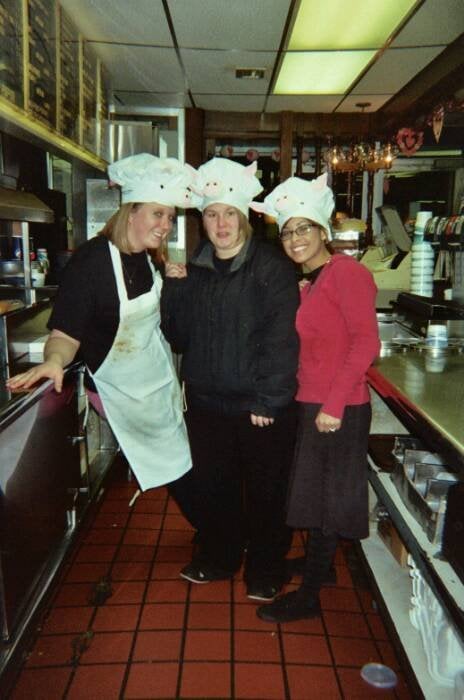 Cyinthenorth said:
Ja-mar is a national treasure, so is Taco Tico, how dare you?!
Click to expand...

Ja-mar is awesome. So it Taco Tico. Those of us that grew up there very much appreciate that much of the signage at these culinary establishments is still the same signage from the early 80's.
Reactions: Cyinthenorth

mtowncyclone13 said:
Welcome to the new weekly series: Why your town sucks. Twice per week I'll highlight one of the bland, dangerous, or outright worthless towns in Iowa.

Some people love where they're from. Here's why they shouldn't.

Your Town: Coralville. Population 22,318 (+18% from 2010)
View attachment 92354
Coralville is for people who think Iowa City is too liberal. Biden only won Coralville by 55%, so it's slacking for Johnson County. If you like living in the "majestic rolling hills" of Iowa, but not rich enough to afford houses designed to look like the unwashed toilet bowl that is Kinnick Stadium, this place is for you. Whether you want a chain restaurant or a chain big box store, you're in hog-heaven here. Home to both rich people and poor people, Coralville is the bland surburban town for everyone.

One of the few counties that is growing in Iowa, Johnson County is home to the Iowa Hawkeyes, rent assistance fraud, and a hospital parking ramp that local residents use as a porta-potty during football game tailgating. Johnson County residents think they are smarter than other Iowans, but they're just thinner. Probably from all the cocaine available from the Chicago-suburb transplants that pay $30,000/year to learn how to write real good.

Iowa City West is for the kids of professors and multiple racist social media posts. Though they've won multiple state championships in basketball, tennis, and soccer, much like their collegiate counterparts at U of Iowa, their football team hasn't won anything major in their students' lifetimes. Girls end up going to Iowa to study journalism or marketing and boys go to Iowa to drink and eventually burn through their parents' trusts funds on Old Style and Black & Milds.

Clear Creek - Amana is so meaningless they had to combine multiple towns to come up with a district name. If your school has a hyphen, it's not worth mentioning. Located in Tiffin, and much like the education you'll get here, it has a driveway that leads nowhere.

Your college: Obviously, Kirkwood Community College. The home to cosmotology students and the finest welders in the area, Kirkwood is the main source of fandom for the Iowa Hawkeyes. A walk through the sprawling campus will show Chicago Cubs tshirts, Hawkeye hats, and Let's Go Brandon bumber stickers.

Your mayor: John Lundell. John looks like a nice-enough guy. What makes him look smart is his official portrait. A red tie and yellow I on his lapel. A real Cyclone at heart, sly enough to fool the rubes in Coralville.
View attachment 92355

Your industries: Retail, hotel accomodations, and Kirkwood professors. A real who's who of capitalism. Klein Quarry is just outside city limits. A $15 minimum wage would probably double the household income in Coralville. The mall isn't going to staff itself.

Famous People: Nate Kaeding. Nate was a kicker for the local college and somehow got drafted into the NFL. If you dream hard enough, you too can find a ticket out of this suburban wasteland. Nate made 53% of his field goals in the playoffs. If that was a batting average he'd be the best to ever play the game. Unfortunetly, 53% for a kicker is awful. Just like his hometown.

What's new that sucks: Auburn Ridge subdivision. If your wife wants a "custom home" that looks like every other house in Johnson County, except for a different shade of granite quartz countertop, this is the place for you. Barn doors and shiplap? Maybe. A white floor-to-ceiling coat/backpack cubby in the entryway? You betcha! The standard three car garage is perfect for your husband's Ram 1500 and boxes of woodworking equipment he'll never use. According to the website, "Auburn Ridge's builders' experienced notoriety is hard at work designing memorable and trendsetting homes." Uh huh.

What has always sucked: The Coralridge mall (seen here in true 1998 colorvision) Home to both Auntie Anne's Pretzels and AT&T, this center of early 2000's fun has been a staple here since 1998. Just about the last time Iowa City West mattered in football.
View attachment 92357

What doesn't totally suck: Costco. The only retail store along this soulless stretch of middle America that pays its workers decently. If your "custom home" needs TP, a backyard playset that your kid will use for 6 weeks and then forget about, or 14 roast chickens, this is the place. The liquor is so cheap here even Kirkwood students can afford it. Hooray, Costco!
Click to expand...

I am looking forward to this series. As a proud former resident of Dirty Dodge, I can't wait for that installment but it really should be a pretty easy one. Insulting of Fort Dodge will pretty much write itself. Just keep in mind that we Dodgers are a pretty thick-skinned group but putting down Ja-mar and Taco Tico triggers us.

BCClone said:
You get a Monica delivered? Exactly how far do they travel?
Click to expand...

How far is it to Ukraine?

jcyclonee said:
I am looking forward to this series. As a proud former resident of Dirty Dodge, I can't wait for that installment but it really should be a pretty easy one. Insulting of Fort Dodge will pretty much write itself. Just keep in mind that we Dodgers are a pretty thick-skinned group but putting down Ja-mar and Taco Tico triggers us.
Click to expand...

Not from there, but my Dad is so we'd spend many Christmases there growing up. Ja-mar and Tico were mandatory places my cousins would drag me to, not that I was complaining or didn't want to go. I was pretty familiar with Taco Tico already, having grown up 25 min from Mason City, where the only other Taco Tico that I know of exists aside from Fort Dodge's. Dangerously good (and cheap) Tex Mex
Reactions: jcyclonee

jcyclonee said:
How far is it to Ukraine?
Click to expand...

My town is only safe from this thread because it isn't in Iowa.

VeloClone said:
My town is only safe from this thread because it isn't in Iowa.
Click to expand...

I'll start the the towns that suck in Minnesota thread. Being that my wife grew up in your town I suppose that I better take it a bit easy on that one.

VeloClone said:
My town is only safe from this thread because it isn't in Iowa.
Click to expand...

Well I can tell you the town that always brings up the rest in Minnesota. That’s Kiester.

Rabbuk said:
how does it compare to a roughriders game? I've been meaning to get down there and see the new venue.
Click to expand...