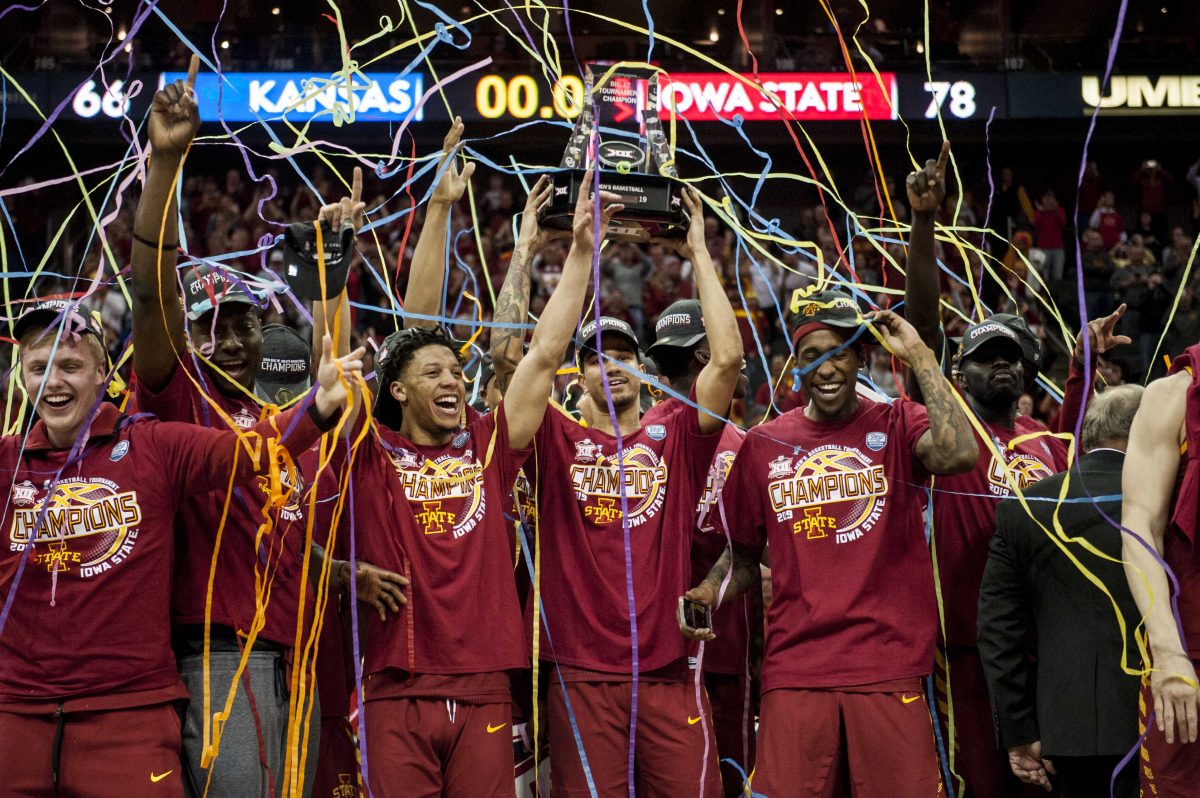 KANSAS CITY — No offense to regular season co-Big 12 champions Kansas State or Texas Tech. It’s just not the same beating you in the Sprint Center for the league’s tournament championship.

Your programs are great. Your teams epitomize toughness. I love both of your coaches. But in that building – in March – your fans have nothing on the Kansas vs. Iowa State matchup.

Kansas fans had nothing on Iowa State this weekend. Neither did its basketball team.

If Saturday night’s tournament finale – a 78-66 Cyclone slaughtering – was a boxing match, it would have resulted in a TKO.

That’s four out of the last six Big 12 Tournament championships that belong to Iowa State if you’re keeping track at home.

This weekend’s run came at a time when this program needed it the most.

Iowa State ended the regular season winning only four of its final 10 games and behind the scenes, the last few weeks have more tumultuous than most realize.

There was the practice “fight,” or fights, depending on who you talk to.

Dating back to November, there was Lindell Wigginton’s early-season injury that led to a starting lineup controversy for most of the year.

Michael Jacobson and Talen Horton-Tucker’s had the mix-up at West Virginia.

There was the laughing incident at West Virginia.

Who can forget following the regular season finale, an 80-73 loss to Texas Tech, the embarrassing moment when an angry fan lashed out at the head coach during Senior Day festivities.

There was a point when Cyclone Twitter has gotten so toxic that even I had to step away at times (and it’s my job).

Some (not most) were foolishly calling for the head of Steve Prohm, a man who as of Selection Sunday (tomorrow), will have led the Cyclones to three NCAA Tournaments and two Big 12 Tournament championships in his first four years at Iowa State.

Next up is Selection Sunday and the NCAA Tournament but first, let’s analyze what happened this weekend from a basketball standpoint. When it comes to skill and gumption, we learned a lot about the Cyclones.

This group of men is not broken. Iowa State came together and played its three most intense games of the season in Kansas City. They played for one another and will receive Big 12 championship rings because of it.

On the floor, we saw the following over the last three days:

— The Cyclones played angry, manned up and flushed all of that “soft” commentary down the toilet.

— Iowa State attacked the glass, rebounded and defended as well as we’ve seen them do all season long.

— Tyrese Haliburton is back to his early season form. The freshman had struggled down the stretch of the Big 12 slate but brought constant energy while going 6-for-9 from three on the weekend.

— So is Marial Shayok, the guy that we once thought had a chance to be the Big 12’s Player of the Year. Shayok was named the tournament’s Most Outstanding Player and will go down in Cyclone history for the two shots he hit in Friday night’s comeback win over K-State.

And last but not certainly not least, here is a shout out to Iowa State fans.

You proved once again that you are the absolute best in the country.

I witnessed my favorite example of this with 2:53 to play. Iowa State was leading 70-61 when Kansas’ cheer squad took the floor for a time out. (In conference tournament games, schools go every other timeout when it comes to cheerleading, pep bands, etc.)

The Kansas cheerleaders were working the Sprint Center to get a “Let’s go Jayhawks” chant going as its team had finally pulled within single digits for the first time since the first half.

What happened was oh so beautiful. Hilton South completely drowned them out with, “Cyclone Power.” Those poor Kansas cheerleaders had no chance.

Iowa State is now 5-for-5 in Big 12 Tournament Championship games dating back to the formation of the conference back in 1997.

The players won the games but those trophies would not be possible without the fans. That is a guarantee. 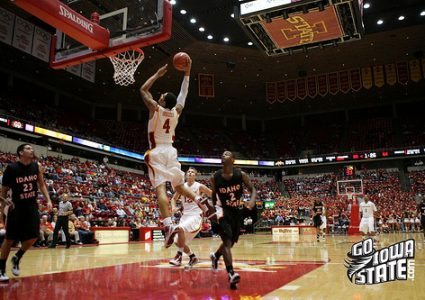 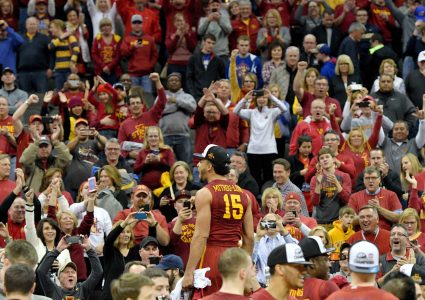 WILLIAMS: Soak it up, Cyclone Nation