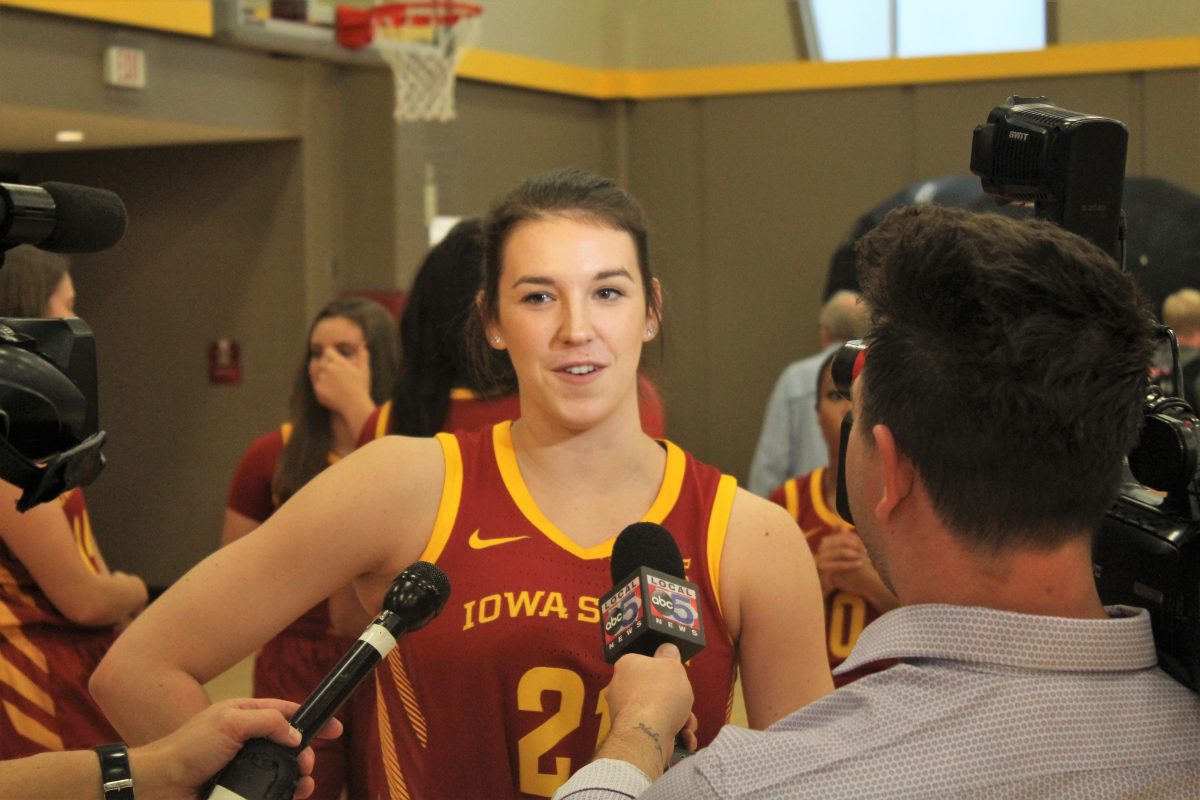 The start of the Iowa State women’s basketball season has seen an outbreak of defense and playmaking that has translated to an amount of success that Cyclone fans didn’t know if they would see from this squad so quickly.

On Wednesday night in Canada, a barrage of cardinal and gold watched the Chatham, Ontario, Canada native in Bridget Carleton help her team to a 85-59 victory.

Carleton led the team with a typical performance from herself. She finished with 17 points, nine rebounds and three assists in her hometown showcase.

The win advances Iowa State’s record to 5-0 on the season as Bill Fennelly’s team continues rip through the month of November.

Though Carleton playing in her home city on Thanksgiving Eve was the easy story to talk about, the breakout games of a pair of Iowa State point guards provided a large amount of intrigue of what is to come this year in Ames.

Both Alexa Middleton and Rae Johnson tallied season highs for the Cyclones scoring 14 and six points, respectively, and providing for the team in different ways.

Middleton has been limited to around 20 minutes per game as she comes off of a knee injury over the summer that prevented her from conditioning as much with the team as the coaching staff would have liked. She finished the day with 14 points on 18 minutes and had a plethora of impressive long jumpers.

As for Johnson, she has took over the backup point guard role for the Cyclones – which was supposed to be ran by committee this year – and has ran with the opportunity for the minutes she has gotten so far.

Johnson finished with six points on two 3-pointers along with three assists. It doesn’t seem like much on the stat sheet, but both 3-pointers came at a time when the Cyclones needed big buckets to keep their comfortable lead from being thinned.

In fact, at halftime, Iowa State only lead by eight points – even after holding the Eagles to 10 points in the entirety of the second quarter.

In the third quarter, the Cyclones took off.

Iowa State used a 10-2 run that sparked a run of momentum and ended with an Ashley Joens three that forced Eastern Michigan to call a timeout. In less than three minutes, Iowa State had doubled its lead.

Iowa State will return to the court a week from Wednesday when they take on the South Dakota Coyotes – led by 6-0 post star, Taylor Frederick – on the road. The game will tip off at 7:00 p.m. and is not currently scheduled to be televised. 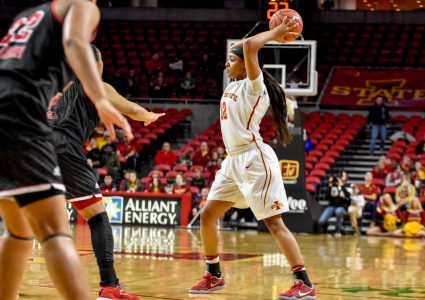