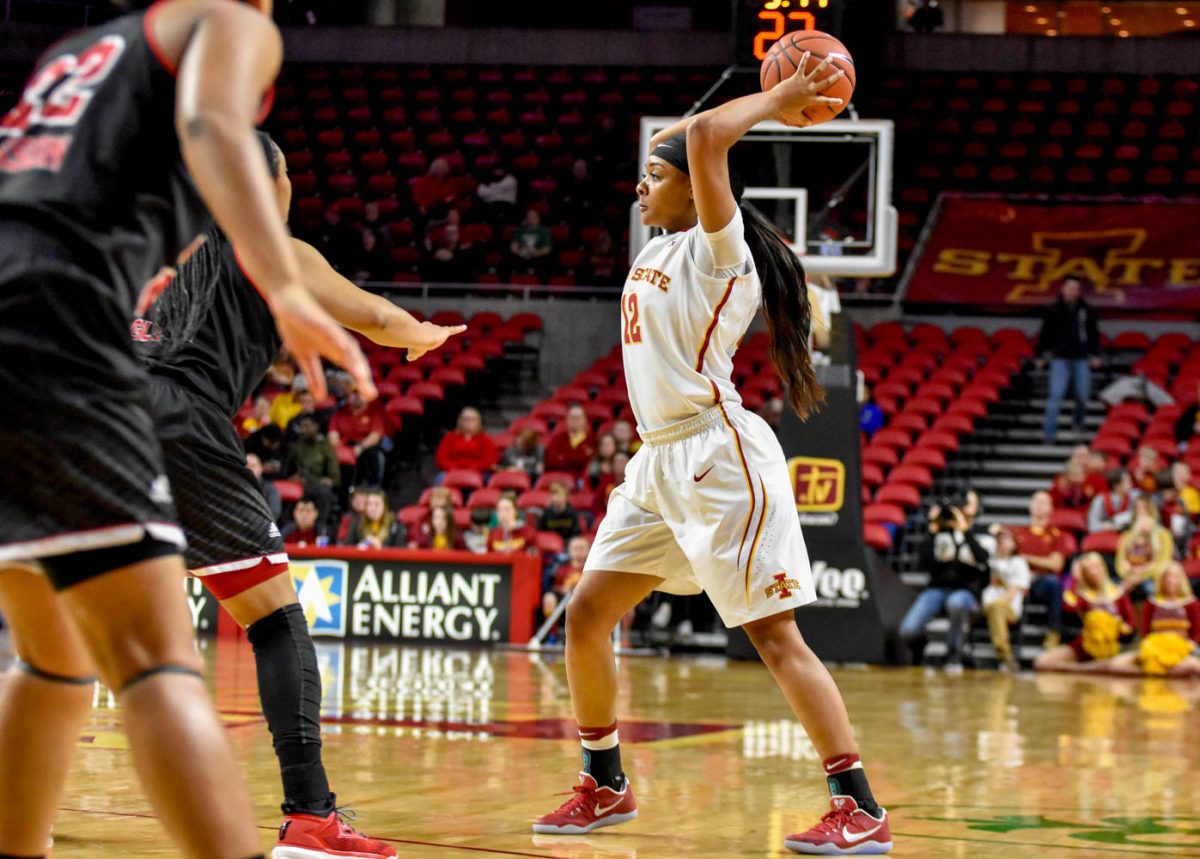 AMES — Iowa State women’s basketball coach Bill Fennelly told his players right before they took the court at Hilton Coliseum against Texas Tech that the story of this season had yet to be written.

“Obviously this game was huge for us,” said ISU guard Bridget Carleton. “It’s a win we needed. Building momentum going into postseason play and the Big 12 Tournament.”

Iowa State now sits at 14-11 on the season and is on the outside looking in for the NCAA Tournament at the present time.

Seanna Johnson cemented herself as one of the best rebounders to ever play at Iowa State during the big win.

Entering the game, Johnson was sitting at 992 career boards. For the majority of the game, it seemed like she was going to be held below the 1,000 rebound mark. But with 2:08 remaining in the game, she hit the milestone.

“It feels good,” Johnson said. “All credit goes to my teammates and coaches. They’ve been pushing me since I got here and they’ve trusted me. So I just think with the help of them I wouldn’t have gotten that far.”

Johnson grabbed nine rebounds against Texas Tech, giving her 1,001 career boards. Johnson became just the second Cyclone to score over 1,500 points and 1,000 in a career, the other being Angie Welle who played at Iowa State from 1999-2002.

“When you think about the history of what’s happened with Iowa State women’s basketball, there’s been some great players here,” Fennelly said. “When you think there’s two people with 1,500 points and 1,000 rebounds and everyone would say Angie Welle and I think if you picked Seanna (Johnson) out of a lineup, people would say ‘No way that’d happen.’ But that’s (Johnson).”

In addition to Johnson, Jadda Buckley and Bridget Carleton greatly contributed to the victory.

Carleton started out hot for Iowa State as she scored 13 of her 20 points in the first 20 minutes of the game.

Buckley, found her shooting stroke against the Red Raiders as she tallied 12 of her 20 points in the fourth quarter.

“Jadda is one of the better point guards in our league,” Fennelly said. “To be honest with you, we have had to really talk to her about how I’ve think she has differed to much. When you are a good player, you have to hunt for your shot and take a tough shot rather than kick it to someone else who may not be that way. I thought in the fourth quarter she managed the clock shot very well, got the ball in the right spots and was willing to take some tough (shots).”

“Very proud of our team,” Fennelly said. “Certainly proud of the effort they gave to find a way to win today.”