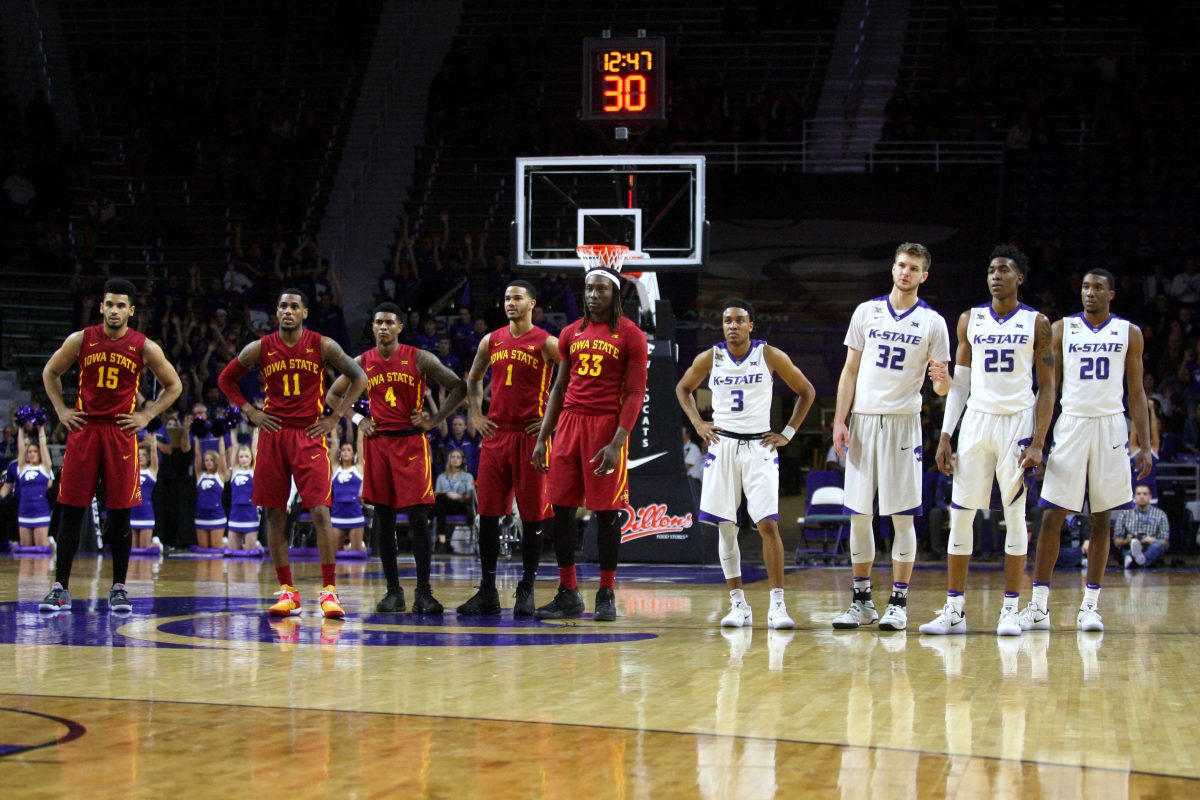 Winning road games is hard work. Winning road games in a conference where there isn’t a Rutgers is extra hard work. Yet, despite playing in the nation’s toughest league where every squad is ranked in the top 80 of Ken Pomeroy’s power index, Iowa State has found a way to win four games away from Hilton.

This is not normal.

Iowa State has won road games at Oklahoma State, at Oklahoma, at Kansas, and at Kansas State in the same season for the first time ever.

Last night, they held off a desperate K-State team in the so-called Octagon of Doom with poise and play-making.  None of the four wins were easy and that’s what makes it so special and unique. There was no Texas A&M from the early 2000’s to beat up on.

Tim Floyd developed a reputation for winning tough road games with his rag-tag group of Cyclones. He won four Big 12 road games respectively in 1996 and 1997, but never won at the Phog or at Oklahoma State.

Winning on the road was so impossible at one point it was worthy of a legendary celebration. From February 2001 until February 2005, Iowa State did not win a single Big 12 game on the road. Yes, for four years Iowa State made 28 trips away from Hilton and came away empty 28 times.

It setup one of the more memorable moments of the Wayne Morgan era.

Iowa State traveled to No. 20 Texas in 2005 with its NCAA Tournament hopes hanging by a thread. After starting the Big 12 season 0-5, Iowa State had won two straight and appeared to have some life. They took the Longhorns to overtime and Tasheed Carr did the rest. Carr scored 13 points in overtime, leading Iowa State to a 92-80 win in Austin.

The victory gave senior Jared Homan his first ever win on the road in the Big 12. Homan told the AP after the game, “They were battling for me to tell you the truth,” Homan said. “They all came up to me in the locker room and said, ‘We got you one big fella.”

As the legend goes, Homan carried around a bottle of champagne with him to every Big 12 road game to commemorate the end of the streak. When Eric Heft went into the locker room to do post-game interviews, Homan had popped the bottle and was celebrating appropriately.

After the game, the Iowa State flight was grounded due to a snow storm in Ames, so the Cyclones spent that Saturday night in Austin. Needless to say, Homan and the rest of the Cyclones had a very good night….allegedly.

There was no popping bottles last night in Manhattan. It was just a clean, crisp effort from the Cardinal and Gold. Iowa State’s position in the upper half of the conference is now solidified and Steve Prohm has proven to push the right buttons in the toughest of circumstances.

It also helps to have steady guards like Monte Morris, Naz Mitrou-Long and Matt Thomas. Those three have won more conference road games than any Cyclones in history. It’s no surprise that guards matter most in the toughest of places.

Historically, Iowa State doesn’t win on the road, but I’m okay with a few more for good measure. 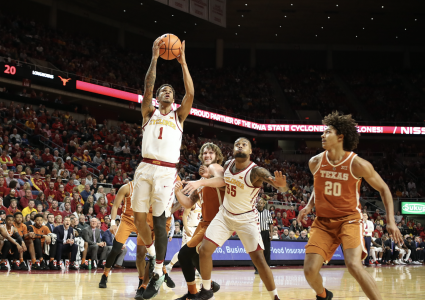 BLUM: Put that coffee down