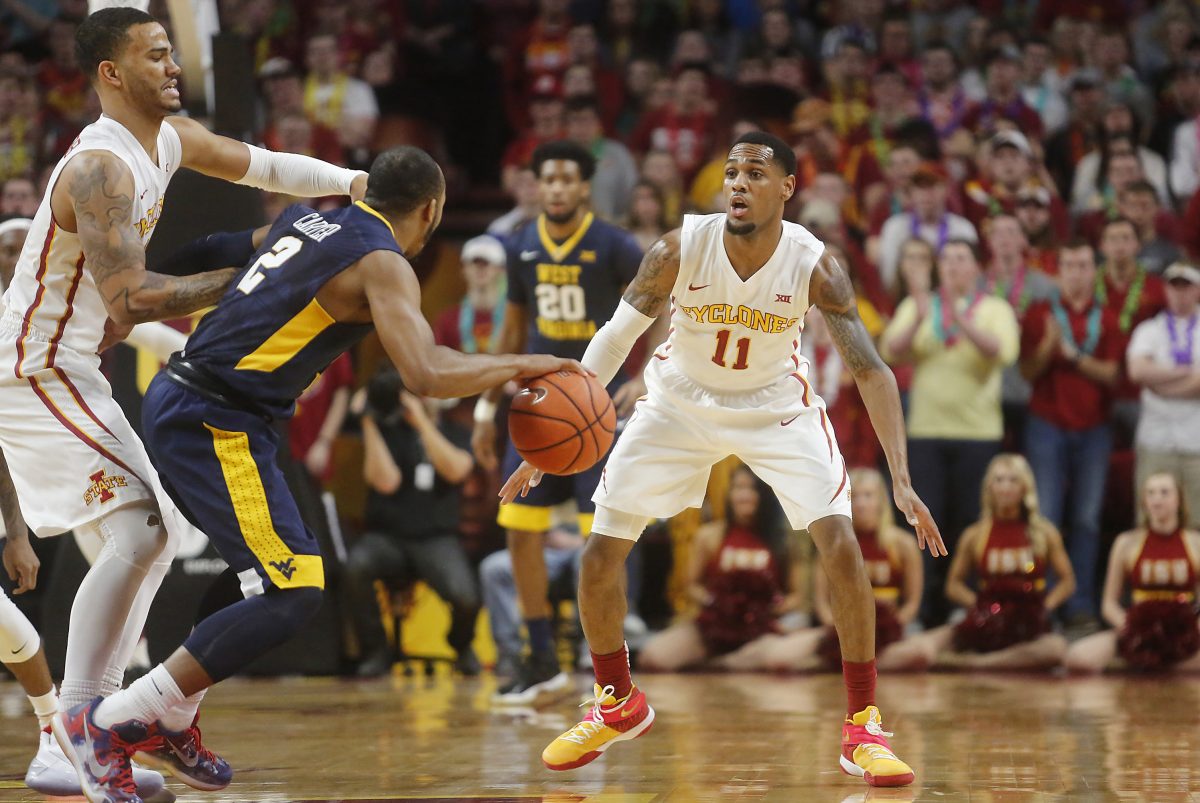 There are still 25 games remaining in the Big 12 season but as March draws near, the seeding implications for the conference tournament in Kansas City seem to get larger with every game.

As it relates to Iowa State, they are now in position to possibly climb all the way up the standings and earn a two seed, almost reasonably!

Most of this will focus on the ceiling for Iowa State as the last leg of the marathon approaches, but we must at least acknowledge the bare minimum that needs to be done to avoid plummeting down the standings.

The base premise for most of this will be Iowa State winning out at home and securing at least 11 conference wins. All games are important but possibly the most important to avoid falling in the standings is beating Oklahoma State. The Cowboys are currently 6-7, but they have a somewhat favorable schedule with home games versus Oklahoma, Texas Tech, and Kansas and road dates in Manhattan and Lubbock.

If Iowa State gets another win over OSU in Ames they will very nearly secure at least the four seed in Kansas City. Should the Cyclones lose to OSU, the situation becomes especially dire, if ISU can’t get to at least 10-8. That could happen if they were to lose to both Baylor and Oklahoma State and lose out on the road. In that scenario, a six-seed is still in play.

On the flip side, if the Cyclones beat both, they lock up the four-seed with potential to land in the three spot.

Now that the doomsday scenario has been discussed, on to the fun stuff…

I ran this from three primary angles after identifying the two most impactful games to Iowa State where they will be no more than observers. This is all thanks to the Bracket Generator we all know and love.

First, the two key games that seem to have the biggest impact on Iowa State’s seeding both happen in Waco and come against Kansas and West Virginia.

Within each of those three scenarios, there are four sub-scenarios with the combinations of who can win the two games identified at Baylor. All other games were left the same with the KenPom favorite winning but are basically inconsequential to how this plays out.

Should Iowa State win out at home and drop the last two on the road, the best-case scenario is for Kansas and West Virginia to both win in Waco. That gets the Cyclones in a tie with Baylor for third place and the advantage on the tie-breaker to earn the three seed in Kansas City.

If Iowa State wins out at home and then steals one in Lubbock, the situation betters a bit from the previous iteration. In three of these four combinations, they would tie for 2nd in the standings but vary in seed from 2, 3, or 4 based on the tie-breaking procedures. Here, the best option for the Cyclones would be for Kansas to still win in Waco but then for Baylor to beat West Virginia.

Lastly, if ISU wins out at home, loses at Lubbock, but then beats West Virginia on the road in the last game of league play their worst-case scenario is the three-seed with the most likely result being the two-seed.

Again, we’d be best off to have Kansas win against the Bears but if ISU beats West Virginia then any of those four options would get ISU the two seed if Baylor didn’t sweep the Jayhawks and Mountaineers.

There is still a lot of basketball left to be played but a few keys for earning the best seed possible seem to be rising to the top. First is the previously mentioned win over Oklahoma State at home. Winning that game would go a long way to raising the floor on Iowa State’s finish. Next is winning the Baylor game to solidify nothing worse than a four seed. Follow that up with one more road win to nearly eliminate the opportunity for anything worse than a three seed (only one of the eight possible combinations result in the Cyclones having a four seed instead of a two or a three).

When it comes to the non-Cyclone games, in every scenario Iowa State is better off to have Kansas win in Waco this weekend. From there, the options vary on what would be best between a West Virginia or Baylor win when they square off.

This all assumes the completely whacky scenarios are avoided, but in short for now, cheer for Kansas this weekend and cheer against Baylor, West Virginia, and Oklahoma State at every option. The same goes for Kansas State and TCU but I think the odds of them getting into the top five are limited.

I’m not one that especially buys into this line of thinking, but there is a theory out there about the advantage of playing a team right after they play West Virginia. The thought process being that the mental and physical stress and pounding they can cause can help to wear down a team.

I can’t say for sure if that is a legitimate thought but did notice that Iowa State has been in that situation quite a bit.

Five different league teams have games against West Virginia’s opponents in that opponents very next game. Here is the list of those teams and the number of times they get to play a team that had their last game against the Mountaineers. Kansas State – 2, Texas – 3, Kansas – 3, Baylor – 4, and Iowa State – 5.

For what it’s worth, Iowa State is currently 4-0 in those games (two games against Oklahoma and two against Kansas State). We’ll see if that pays off on Monday when the Cyclones head to Lubbock right after the Red Raiders play in Morgantown on Saturday. 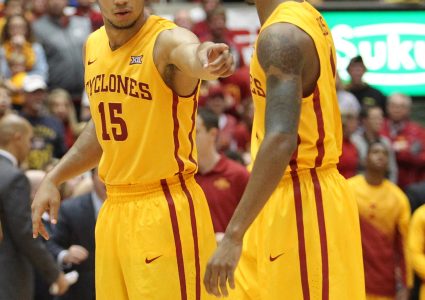 enCYCLONEpedia: A case of the Mondays