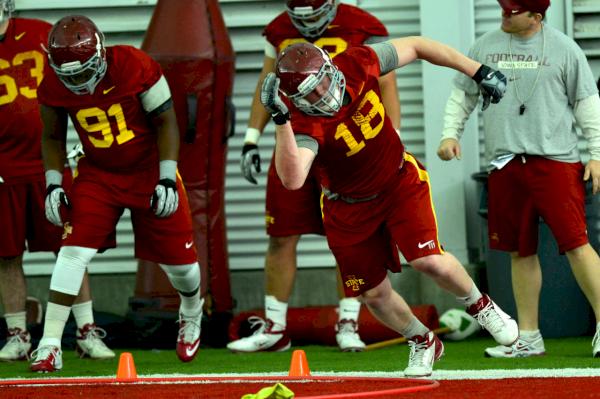 AMES — Besides quarterback, a guy can make a legitimate argument that a college football team’s defensive line is the most important position group on the field (although offensive linemen fans might disagree and even have a point).

Lawrence Taylor at linebacker is great. Deion Sanders is the man at corner.

But if the opposing quarterback has 10 seconds to throw the football every down and you’re leaving it to the secondary to stop the run, those guys aren’t nearly as significant.

Life after Knott and Klein in Ames will be interesting to state the obvious.

When Iowa State released its spring depth chart last week, the starting defensive front seven has a whopping 22 combined starts over the course of its career. All 22 of those starts were tallied by two men, Willie Scott (defensive end) and Jeremiah George (linebacker), all coming from last season.

“It is probably the youngest group on the defensive side of the ball and maybe the thinnest as well,” said head coach Paul Rhoads. “Our front seven is both young and green.”

Ain’t that the truth.

At nose guard, Brandon Jensen and Walter Woods are both upperclassmen, but neither has started a game at this point in his career.

George, who recorded 87 tackles as a junior, will anchor the Cyclones at linebacker, with junior Jared Brackens at SLB and some sort of a Jevohn Miller/Luke Knott combo at WLB this season.

So the Killer K’s are gone and the Cyclones will feature youth up front. Maybe we will see a new-look Iowa State defense in 2013? Less bulk, but more speed perhaps?

“When we were going through our pursuit drill I pulled Clayton Oyster, our assistant strength coach over, and I said ‘This is the first time I’ve watched this drill and thought that we had 11 guys out there that were moving like a division one defense should move,’” said Rhoads. “What we need out of those guys is a group that learns fast and picks things up fast.”

And as Rhoads always points out, then younger you are, the harder it is to play close to the ball.

“But because there is a big time level of toughness that takes place up there every snap and they are going to have to respond to that at this kind of level.”

Physically, these young guys (Bevins and Aka) look great as freshmen. In fact, I’m not sure how this duo could have had better redshirt seasons. Bevins weighed in at 6-foot-5, 277 to start the spring. Aka stood tall at 6-foot-4, 273. Jensen and Woods entered spring camp at 301 and 318 pounds.

But as Rhoads pointed out, developing that Big 12 level of toughness at a young age will be the key. And even if it isn’t there immediately (which it rarely is), you have got to like where this group could be a year or two from now.

The good news going into 2013 is the fact that Iowa State ranked 94th nationally in total defense last season and was 112th in sacks recorded. However, the Cyclones ended last year ranked 38th in scoring defense. That’s the important number – and also the number that ultimately led Iowa State to a bowl game.

Last year’s D knew how to make things happen in the clutch. You know, the whole bend but don’t break thing. As I write this at the beginning of April 2013, I’m curious as to if that will be the case again next season or if with a brand new front seven, things will be different this time around.

I’ll make one bold prediction today: Iowa State’s defense will over-perform compared to its expectations. It always does. That is the Wally Burnham way. 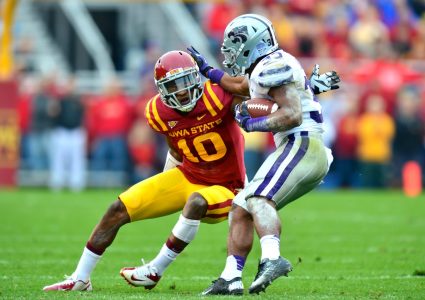 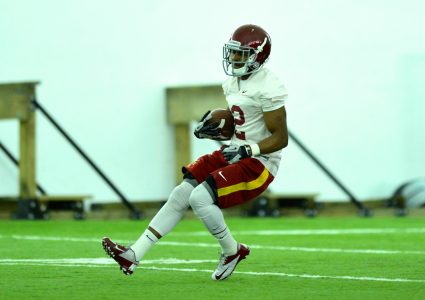