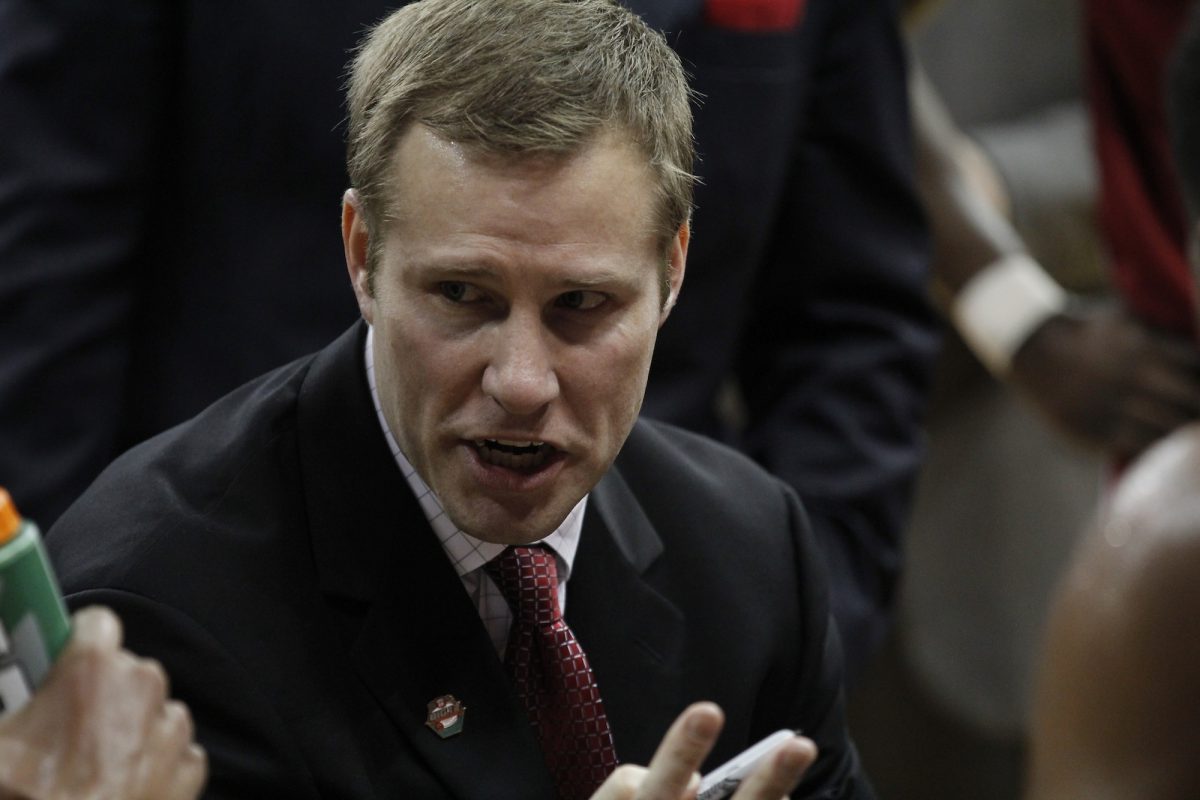 I am writing today’s Monday Musings with a bit of a heavy heart. I really don’t know how to “break” this news so I am just going to come out and lead with it.

This is the second to last Monday Musings I will ever write for CycloneFanatic.com. On Friday, I turned in my two weeks notice and will be starting as lead columnist at HawkeyeNation.com on May 1.

I crack myself up.

On Fred Hoiberg’s new deal & the future at Iowa State…

For years, I’ve said that there just might not be a more important person in the history of Iowa State athletics’ than Jamie Pollard. Now I know that seems like a bit of a reach to some of you older fanatics out there and I’m not attempting to disrespect anybody from the past, but let me explain.

When Pollard took over, this place was a mess. A complete and total mess.

The glory days of the Dan McCarney era were well behind us. The fan base was still passionate, but was not willing to spend money like the department needed it to on its cash cow, football.

Basketball went to an NCAA Tournament in 2005, but long-term success under Wayne Morgan and his ridiculous zone defense just didn’t seem realistic.

Finances were out of whack due to a horrible Big 12 television contract. Facilities were even more of a disaster.

Most importantly, the culture in Ames just wasn’t ready for a run. Folks were used to just keepping their heads above water. Actually winning the race never seemed doable, to me at least.

Fast forward to where Iowa State is today…

Paul Rhoads is a young football coach that seems to be respected greatly on a national scale. He’s locked up for a decade.

There’s that Fred Hoiberg guy, who might be one of the top five hottest young college basketball coaches in America, locked up for a decade.

There’s Bill Fennelly, a man who needs no introduction.

Volleyball is a national power.

But most importantly, the Big 12’s new television deal has financially put Iowa State on a level playing field going forward (keep in mind that Iowa State still faces more financial challenges than say, Oklahoma and Texas but still, this helps a lot).

Iowa State as a whole will always be playing catch up when it comes to facilities but for the cash sports, Iowa State’s are currently top-of-the-line.

The pieces are in place in Ames, life is good right now. Life is very good.

It took a while and by all means, there is still work to be done. There is always work to be done. Just look at the richest cat of them all, Texas. But I can honestly write that today, on April 1, 2013, I’ve never seen Iowa State be in a better position for long-term success than right now (when you combine everything up above). I think that as a whole, next year might be a bit of a rebuilding year (on the field/court) but again, from a long-term perspective, how do you not love where things are at right now?

Then there’s that culture that I touched on…

It has definitely changed. I see it every day on this website. You all are not happy with just getting to the NCAA Tournament in basketball. You all want to not only go to, but win bowl games. You get the point.

Good times Cyclone Nation. Good times. Enjoy your offseason. With season ticket records in football and sellouts galore in hoops, you earned it.

*** As our old friend Steve Alford taught us this week, contracts are only worth the price of the paper that they are signed on. Not that I think Rhoads or Hoiberg will break their ends of their deals. Rhoads and Hoiberg are outstanding human beings. But this conversation (horrible video quality but points are still well-taken) always something to have in the back of your mind.

*** Want to clean up the NCAA? Put Jay Bilas in charge. The man is brilliant.

*** I don’t know about you all, but I just don’t get that same “Cinderella” feel while watching upsets in the NCAA Tournament like I did when I was a kid. Did Florida Gulf Coast really remind you of an undermanned Valparaiso team back in the day? Does Wichita State look anything like George Mason?

The difference between a 12-seed and a 5-seed is so small anymore that nothing should surprise you in this tournament. Nothing. A 16 will be a one in a year or two. Just wait…

*** What should have surprised you was watching the Baylor women lose to Louisville in the Sweet Sixteen Sunday night. If I was a gambling man, I would put my mortgage on the Lady Bears winning the National Title and not even breaking a sweat while doing so.

I thought that Keith Murphy put it best on Twitter last night when he wrote:

"No upset in men’s tourney surprises me as much as Louisville women shocking Baylor. It’s 5 seed over 1, but like men’s 16 over 1."

*** I’m hearing that Iowa State’s Director of Basketball Operations, Jeff Rutter, will be joining the coaching staff of new Drake head coach Ray Giacoletti. From here, I fully expect the combination of Michah Byars and Charlie Henry to man the ops department on Fred Hoiberg’s staff going forward in one way or another.

***Jeff Rutter is one of the greatest guys I’ve ever met in this business. I could not be happier for him being able to be on the court coaching again. That is where he belongs.

*** I am still a bitter, bitter man over how last season ended for my Braves. Just thinking about it gets me hot.

*** Who is your favorite baseball team? Chat about it with the rest of the Cyclone Nation by CLICKING HERE