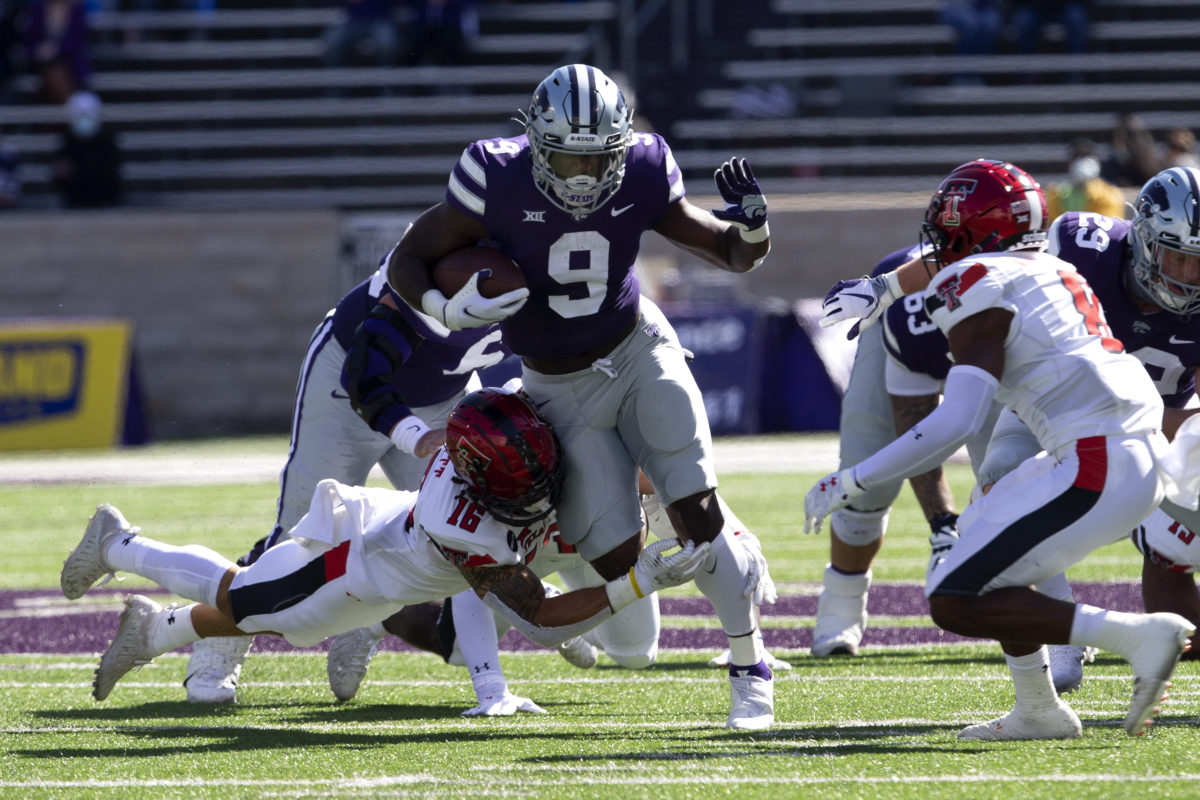 Here are some notable quotes from Texas Tech’s media availability on Tuesday in regards to Saturday’s game in Ames.

“Coming off two big wins, two close game wins against TCU on the road and against Oklahoma Saturday night at home. Matt Campbell’s done a really nice job in the program. I have a ton of respect for him and his staff, the continuity, the success that they’ve had. They’ve won some big games, they’ve beat some ranked opponents. They continue to be a model of consistency in this league. Toughness, good defense. I think their lines are always strong. A quarterback that is experienced and I think established in this league. He’s won close games. He’s got a lot of moxy. He’s very accurate. Tight ends, good gosh, they’ve got three of them that are 6-7, they present matchup and personnel challenges for every defense every single week because they can flex out and give 11-personnel or 12-personnel formations with 13-personnel in the game. That’s maybe what we’ll look like in a few years with some of the kids coming into the program and that we’ve got right now, but we’re a little ways away from that. They present a challenge. That’s Iowa State. A lot of respect for Coach Campbell and that staff and what they’ve done. It’s something that I think as a coach coming into a new program you look at and say, ‘That’s who we need to be like,’ because of the consistency and the toughness and the things that they do. I believe we will get there. That’s something from a coaching standpoint when you flip the tape on, you’ve got a lot of respect for them. That started last year when we faced them for the first time and continues now until today.”

“He played well against us here in Lubbock last year. He played well in the bowl game. He played against Oklahoma Saturday night. The first thing I noticed, actually noticed it when I got on the plane and it was on the TV in the plane, is Breece is bigger. Quarantine treated him well. He’s got to be 15 pounds heavier. Doesn’t look like he’s lost a step. He’s fast. He’s got some home-run speed. He’s one of the better backs in this league, if not right there at the top. The guy is really good. He’s a talented young man. Wichita kid. I’ve got a lot of respect for him. I thought he played well against us last year. He’s got the attention of everybody in this building, trust me.”

On how you defend Charlie Kolar

“Coach Heacock is a veteran. I’ve got a lot of respect for him, as a lot of coaches do. I think you see a model of consistency. He’s identified early in that regime as Matt has turned it around there in the first year or year and a half, he identified who they were, who they were going to be and he stuck to it. You see different pressure packages. You see a few new wrinkles every week. But, what you see is a model of consistency with the three-down, five defensive backs, the three safeties, the three linebackers. Believe it or not, they have a really good pass rush. They lead the Big 12 in sacks. The top two with 3.5 (sacks) are (JaQuan Bailey) and (Will McDonald) so they can get after the passer with a three-man rush. They do pressure. It’s not even 50 percent, but when they do, they come. They bring safeties. They pull guys out. I think more than anything, they just know who they are. They’re very fundamentally sound. They play with an edge to them. They play on the edge. They keep the edge of the defense. They play with their hands out on the perimeter. They’re physical. They recruit to that scheme. They’ve had time to sit there and develop that scheme. The consistency they’ve done it with has led to success in recruiting. My hat’s off to them in terms of their success in developing that defense, recruiting to that defense and coaching in that defense. They’ve stayed the course and it’s proven to be successful over time.”

“They’ve got some dynamic pass rushers on the edge and a solid guy inside. It’s a little different being a three-down versus a four-down we’ve seen the last three weeks. It’s a challenge every week in the Big 12 and, obviously, they’ve got two of the best on the edge.”

On what comes to mind when playing Iowa State

“When I’m thinking Iowa State, I’m thinking three-down, two linebackers in the box. I’m thinking they’re dropping a lot. More than anything, if we’ve got three receivers out, they’ve got four guys covering them. If we’ve got two receivers out, they’ve got three guys covering them. Because of the three-down front and the guys they’ve got up front, they feel really confident in those two, three, four that they’ve got out there, they’re just a defense that can run that three, still get pressure on the quarterback and drop eight and they’ve been successful doing it. That’s what comes to mind.”

On what makes Iowa State good at stopping the run

“They make some little changes every year. Last year their linebackers played a little bit up further and they came downhill. This year, they’re back about a yard and they’re not coming downhill as much so it’s a little different. With that 3-2 box, it’s something that teams get excited thinking they can run the ball, but they’ll bring the safety down, they get a lot of corner pressure, they bring a lot of stuff from the field. There’s just a lot of little nuances there. We’re preparing for it.”

On what sticks out about Breece Hall

“This year, his size. He’s gained a few pounds. He’s a bigger back. He’s one of the top backs in the league. His athleticism, his speed is pretty, especially for his size. He has great vision. He’s a pretty good back. We’re going to have to watch out for him this week.”

On Brock Purdy compared to other quarterbacks in the league

“Brock Purdy’s a pocket passer mainly. Using his legs, he doesn’t use his legs like Skylar (Thompson) and Sam (Ehlinger) did. We’re expecting him to throw the ball a lot.”