The Iowa State men’s basketball team’s off-season has reached the week of July 4, which means that the YMCA Capital City League is in full swing in West Des Moines.

We caught up with both Zion Griffin and Michael Jacobson at Valley Southwoods on Sunday to see how their summers were going in Ames.

At this point last year, Griffin was undergoing surgery to repair a lateral meniscus tear in his left knee.

He commented on how much longer this year’s off-season felt and how ready he is for November to come around.

Griffin ended the night with 37 points and nine rebounds.

Jacobson spoke about the cross-seas trip that the team will be taking to Italy before the official season starts.

Jacobson spoke about the incoming freshman as well, who all had big nights on Sunday. 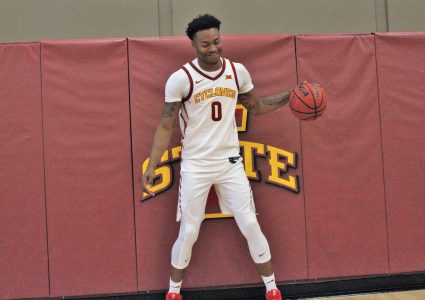