Through two games at the U19 FIBA World Cup over the weekend, Tyrese Haliburton has proven he belongs on the international stage.

The Cyclones’ sophomore guard especially shined on Sunday by scoring a team-high 21 points on 8-of-9 shooting from the field while also adding eight assists and five steals in 35 minutes of play in USA’s 102-84 win over Lithuania. Haliburton scored 19 of his points on a perfect 7-of-7 shooting in the first half.

That performance followed up his eight point, eight assist, three rebound and two steal output in the team’s 111-71 victory over New Zealand on Saturday.

The United States will take on Senegal in its final group play game on Tuesday at 8 a.m. central time. 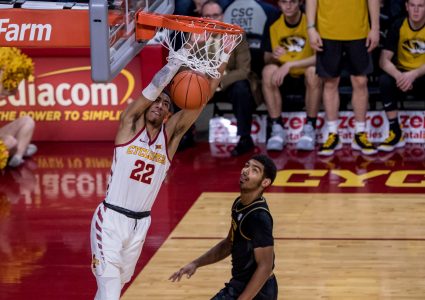 How to watch Tyrese Haliburton in the FIBA U19 World Cup