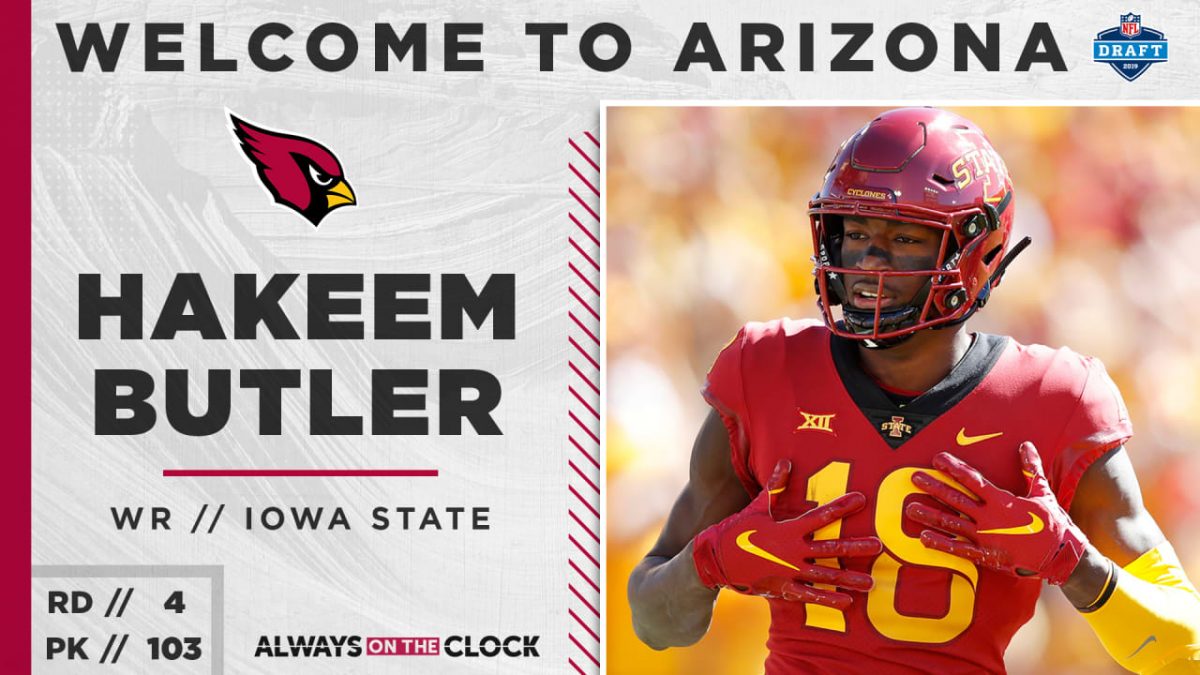 I received an annoying number of text messages on Friday night from friends and Cyclone fans who were flabbergasted that Hakeem Butler had not been selected in the first three rounds of the 2019 NFL Draft.

I was surprised that No. 18 hadn’t heard his name, but nowhere near shocked.

For those who had been paying attention during the pre-draft process, it was well-documented that as great as Hakeem was last season at Iowa State, he never really showed to be a great route runner. There are also legitimate questions surrounding the consistency of his hands.

Mainly though, let me present to you this thought to ponder: The value of the 6-foot-6 wide receiver isn’t as great as it once was.

I don’t claim this to be fact, but I’m wondering that if Butler would have gone pro 10 years ago, would he have been a first round pick?

Don’t get me wrong: Big guys like Julio Jones and Mike Evans are still putting the fear in defenses all over the NFL. But if you stack the list of top performers from 2018 to say, 10 years ago in 2008 (I did just this), you’ll see a steady decrease in those massive wide receivers roaming around the league. The growth of the spread in the NFL has a lot to do with that. Just like we’ve seen smaller quarterbacks get more opportunities over the last five years, the same is happening at receiver as well.

The way I see it, Hakeem has two big things going for him at the next level.

The first is that he bends in a way that most 6-foot-5 guys cannot. He’s super athletic. The best is yet to come, which is why I was constantly a proponent of him returning to school one more year. I think he would have greatly increased his stock by showing improved route running abilities and hands as a senior.

Where he landed is key, though. Fit is everything in the NFL.

Butler will have every chance in the world to thrive – or fail – under former Texas Tech coach Kliff Kingsbury, who will be making every decision there is to make when it comes to Arizona’s offense.

It won’t hurt to learn under an all-time great Larry Fitzgerald for at least year either.

And when you’re the first pick of the fourth round, nobody is expecting you to be the next Calvin Johnson. My guess is that the Cardinals are ok with Hakeem’s weaknesses, will play to his strengths and do everything in their power to develop him into a future All Pro.

On David Montgomery and the Bears…

I’m not sure that David could have landed in a better spot. Beside an up and coming quarterback, David will step right in and play for a Super Bowl contender behind a solid offensive line.

I love the fact that he will play a handful of games in cold weather every year, which should accentuate his strengths as a running back.

Don’t look past the fact that Bears head coach Matt Nagy was the offensive coordinator in Kansas City from 2016-17, when Kareem Hunt made a name for himself in the league. Hunt, the former Matt Campbell product out of Toledo, is the NFL back that Montgomery most often gets compared to.

I just wish he wouldn’t be going against my Vikings twice a year.

Chris Beard – following the six-year extension he signed with Texas Tech on Monday – is now being paid more than every coach in the country not named Cal, Coach K or Rick Barnes.

That’s a tough spot Tech was in…

Beard is great, but he hasn’t proven himself to be worth that kind of money, yet.

However, if you feel like you’re on the verge of something special and your big brother Texas (Beard’s alma-mater) is opening up next year (probably), then you have to be bold.

This move was bold, but it had to be.

Great news for Tech fans. Tough luck to the rest of the Big 12.

The contract will average $4.575 million annually, making him one of the top paid basketball coaches in the nation. pic.twitter.com/01s0LWZyh8

Did you know: About Matt Campbell’s hometown…

I was watching the Draft on Thursday night and stumbled across the fact that Vikings general manager Rick Spielman is from Massillon, Ohio.

I did not know that.

So obviously, that means that Rick’s brother and former NFL great, Chris Spielman, is from there too. Add him to the list that features Campbell and Kyle Kempt.

— A handful of other former NFL players, college stars and some former MLB players.

I also learned that Massillon was nominated as a finalist in ESPN’s “Titletown U.S.A” competition back in 2008. 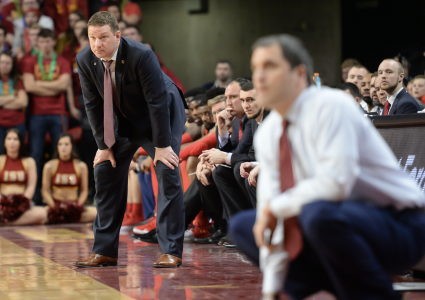 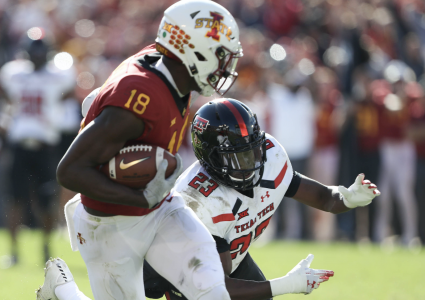 WILLIAMS: What will life without Montgomery and Butler look like for the Cyclones?