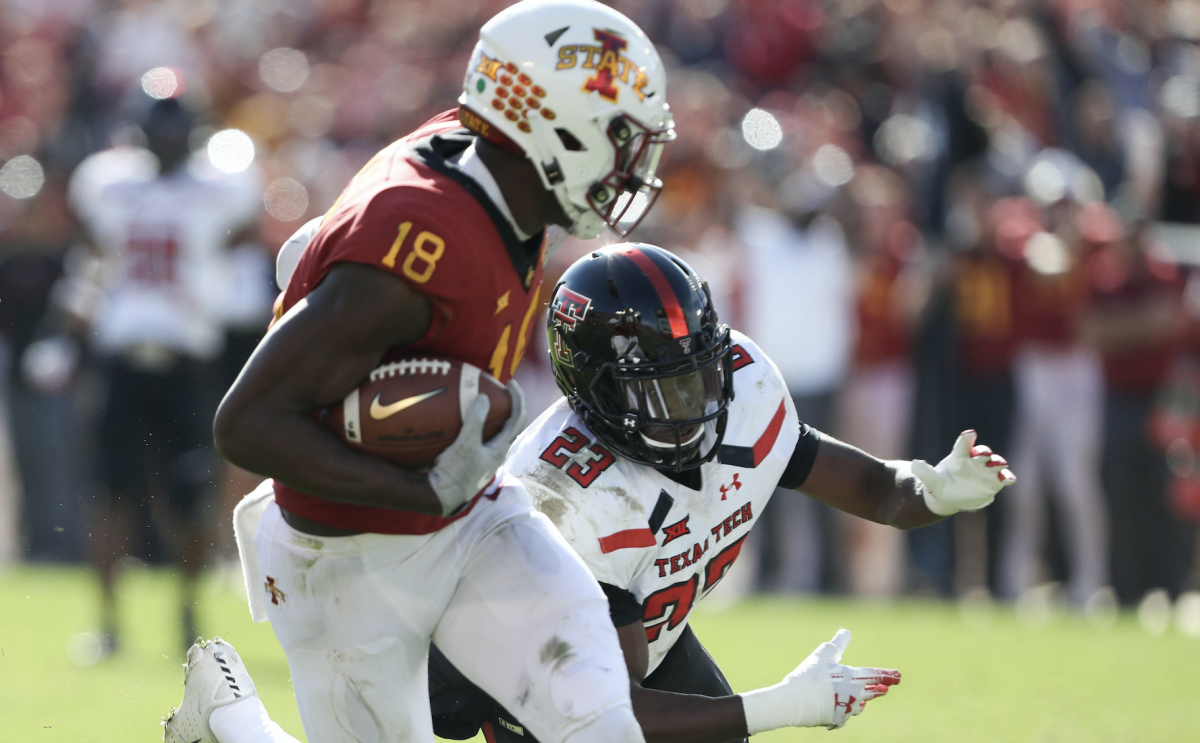 Selfishly, of course, we all wanted another year of David Montgomery and Hakeem Butler wearing the cardinal and gold. But those two have made their decisions and really, who can blame them?

Iowa State fans will cheer them on in the NFL but the show must go on in Ames. What’s next for Iowa State’s offense when it comes to replacing 2018’s two biggest playmakers?

Here’s my initial stab at it.

Also note that shortly after the conclusion of the 2018 season, I put together this piece where I projected the 2-deep for the start of 2019. When I wrote that, I was assuming that David and Hakeem would be gone.

Here is a quick, fresh analysis of Iowa State’s situation at running back and wide receiver as we approach the second signing period and spring football.

Here’s how I have the depth chart looking as the Cyclones enter fall camp in August. I know … Not exactly going out on a limb, right?

Full disclosure: I’m banking on the two true freshmen playing a lot in 2019. Think back to Matt Campbell’s first year where Mike Warren started the season at No. 1 and they eventually moved David Montgomery and Kene Nwangwu into the mix. That’s exactly how I see this playing out.

The big difference though is that Nwangwu and Jonnie Lang have special skillsets and can still be used as specialists in other areas, and at running back.

I think that due to his experience and different running style, Sheldon Croney will absolutely have a place contributing to this team.

Gun to my head, the freshman Hall is Iowa State’s primary back at the midway point of next season but a lot has to happen for that to take place.

Regardless, with what should be a much better offensive line and plenty of options at the running back spot, Iowa State will miss No. 32 but shouldn’t fall off too drastically when it comes to production there.

The biggest thing you lose with Montgomery going pro is ball security. The guy never fumbled – except in bowl games.

In my opinion, Butler is a much larger loss due to his freakish skill set. He was not only Iowa State’s best downfield threat, but one of the best in the country.

That’s not something that Iowa State has a guy to just plug in and replace.

Here’s how I currently have the three wide receiver positions charted to start fall camp:

Josh Johnson, So. OR
Tarique Milton, So.
Joseph Scates, Fr.

A few points to make…

*** It is open season as far as competition goes. Akers, Martin, Shaw, Johnson and Scates should all be licking their chops right now.

*** Joseph Scates is a rare talent that needs to prove he is ready for the show.

*** I have a feeling Iowa State’s offensive staff will have a hard time keeping Tarique Milton off of the field. He’s another rare talent, only a short one standing at 5-foot-11 compared to Butler’s 6-foot-6 frame.

*** Iowa State is LOADED at tight end with three guys who I think have a future in the NFL. That position will absolutely be used even more in the passing game in 2019. 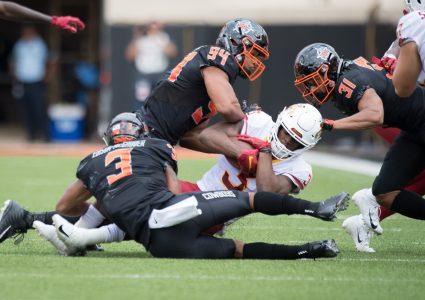