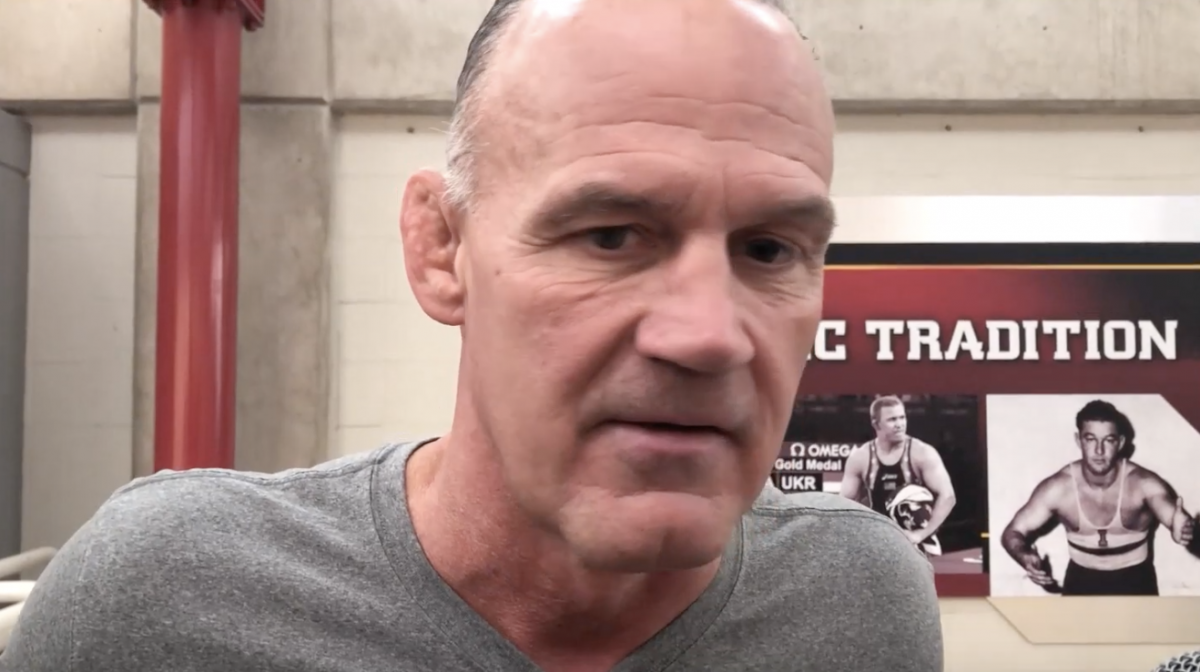 When Kevin Dresser was hired as Iowa State’s wrestling coach, it was his experienced background that led  Jamie Pollard to make the trip to Virginia with head football coach Matt Campbell at his side.

Pollard wanted Dresser to know he meant business when it came to recruiting him to join Cyclone Athletics in hopes to resurrect the wrestling program. It only seemed fit to bring along a fellow coach who could understand making such a big decision.

Dresser is now nearing the end of year two for his rebuild since deciding to accept the position. What a two years it has been.

The veteran coach receives this award for the second time in his career. He also becomes only the fifth coach in school history to receive this honor. He will stand among some of Iowa State’s greatest and some of the men he praised when deciding to take the job at Iowa State: Harold Nichols, Jim Gibbons, Bobby Douglas and Cael Sanderson.

Pollard was excited for Dresser to receive such honors because he felt it was a win and validation not just the head coach needed but the fan base needed.

“I think the fans feel good that the program is, some fans would say the program is back and others would say it’s on it’s way back. Bottom line is, fans in general feel like we’re in a really good spot with the wrestling program,” Pollard said.

Overall, Pollard is more than pleased with what Dresser is accomplishing.

“Kevin has been everything that we thought and everything we hoped he would be,” Pollard said.

Iowa State finished the regular season 15th in the nation bringing the Cyclones back to relevance on a national stage. Dresser has not only started to get the Cardinal and Gold back on a steady incline but has led a team that is fun to watch.

“There’s clearly a rise in attendance and there’s an energy around the program. People like to support winners,” Pollard said. “Coach has done a really good job of marketing the brand of Iowa State Wrestling and the program. So, new people who have come out, somebody who maybe didn’t follow it as closely as some of the diehards, have gone to matches and seen exciting wrestling. We wrestle all seven minutes, all three periods. Our team is in really good shape. We wrestle aggressively. We try to score. That’s fun for people who might not know the sport of wrestling.”

For Pollard, being a fan in the stands has been more than enjoyable as the Cyclones have improved and filled their ten starting spots with impressive athletes.

“I get really into the sport of wrestling. If you follow it closely, it makes going to the matches more exciting because you know that just because we’re wrestling a certain school, yeah there’s 10 weight classes and there’s a team score but if you follow closely, you know which guys have really important matchup or tough matchup. So there’s a message within the deal,” Pollard said. “For me, what’s been more exciting is that we’re competitive in so many more weights and so many more matches. When we weren’t very good, as a team there was only really one or two matches that you felt where going to be really exciting.”

Dresser hasn’t just put the work in on the results being seen on the mat. It is the work behind the scenes that Pollard feels is what truly has led this program to grow.

“When I talk to Kevin, we never talk about what goes on in the wrestling room. We don’t talk about wrestling moves. He’s talking about leadership things, fundraising, vision, things that we have to do if we want this program to be a top five, or top three, or a national championship program,” Pollard said. “Coaches that are spending their time worrying about what’s going on in the room will never be leading a program that’s going to win a national championship because there are so many other pieces of the puzzle that you have to put together that you can’t do that in the room. That’s why you have to have really good assistant coaches. Having Metcalf and St. John and being able to have Nate Carr Sr. back here, being able to have those resources available so Kevin can do what he needs to do is so important.”

Bringing the magic back to Hilton during wrestling has been a big goal for Dresser from day one. According to Iowa State, they averaged 3,569 fans per dual, fourth largest in the last 25 years. They also hosted their largest crowd since 2002 for a non-Iowa dual.

“What Kevin has the experience and knowledge about is his success in this programs success is less about what Kevin Dresser knows about the moves and on the mat wrestling. It’s what he knows about how to build a program and lead a program. It’s all those things that happen outside of the wrestling room that is really key to our program becoming back to one of the blue bloods of wrestling.”

Pollard hopes the following is just getting started for the sport of wrestling He credits those in Cyclone nation who want to see a program be successful to spread the word.

“The way to grow this is we have to get the people who aren’t into wrestling but are into Iowa State Athletics. We need that group of people to buy into supporting another program for us to get the wrestling fan base to where Dresser wants it to be.”

What does Pollard want the fans to know on why they should buy into the Dresser era?

“We have P.T. Barnum coaching our wrestling program. If you ever thought ‘Ripley’s Believe It or Not’ and Barnum and Bailey’s circus were really cool things well…P.T. Barnum ie: Kevin Dresser…he is a marketing genius. You never know what he’s thinking next. So, get on board because I think we’re gonna do some things that you may have to say ‘Believe it or not.'” 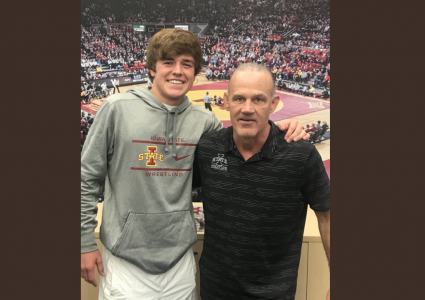