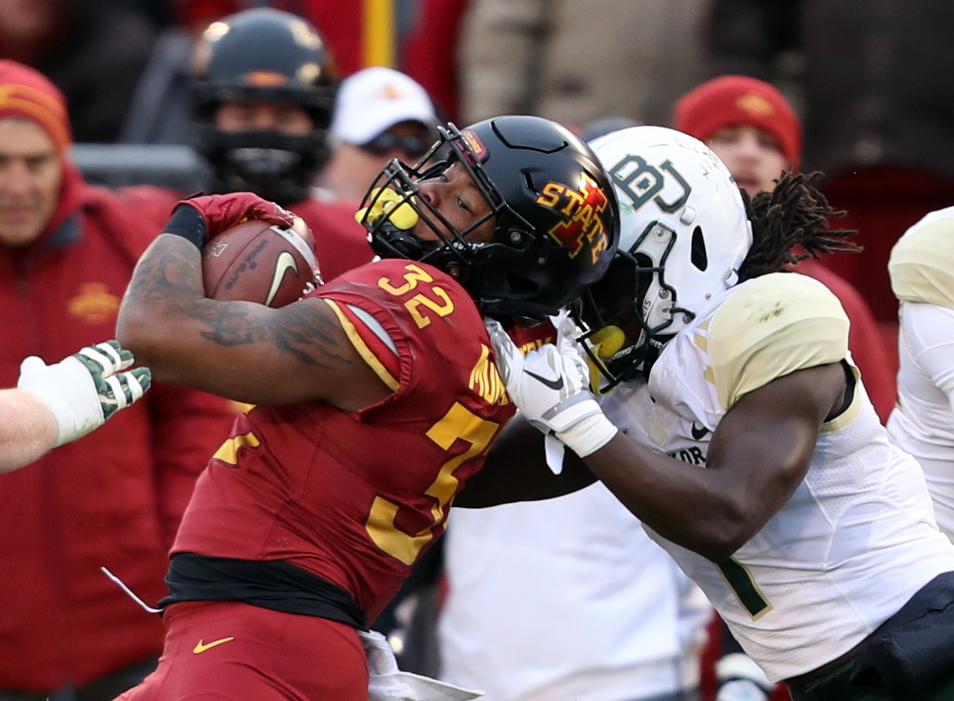 During an emotional third quarter, All Big 12 running back David Montgomery was involved in a scuffle that eventually got him ejected for throwing a punch.

The Big 12’s policy on fighting is that instances will be reviewed after the game before handing out punishments. So stay tuned.

First I would like to apologize to cyclone nation and my team for my actions, Me as a captain should have not reacted the way I did and I sincerely apologize for that!!! But I will defend my brothers no matter what and i stand on that!

The altercation was the ultimate result of a dust-up that took place a few plays earlier, where Baylor was flagged for a late hit as Montgomery was thrown into a Gatorade cooler – well out of bounds. 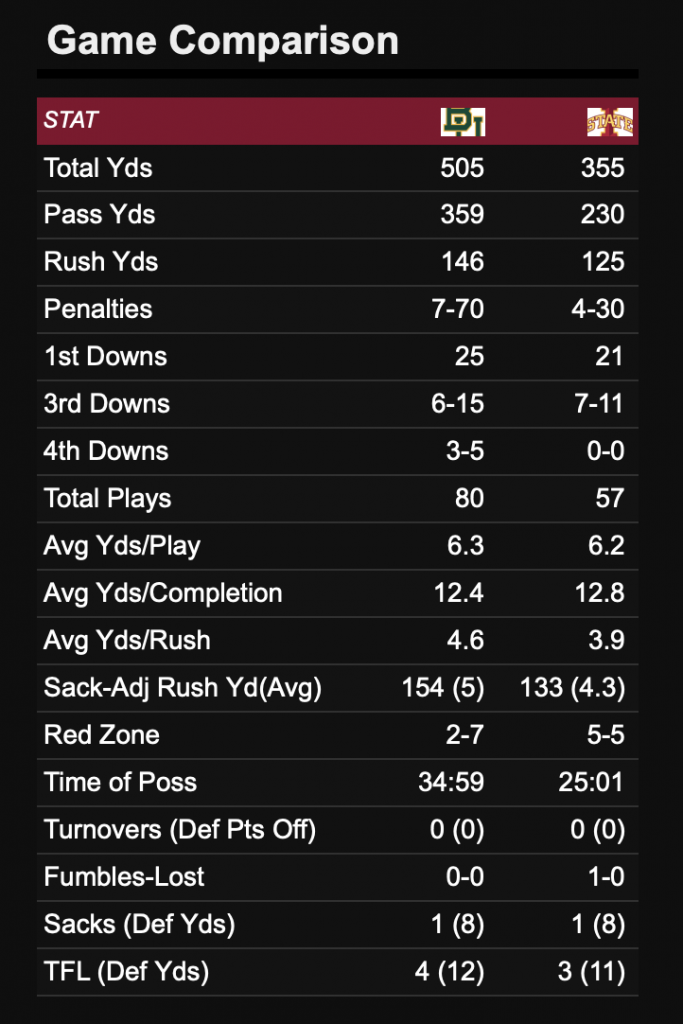 All together, Baylor left a major dent on Iowa State’s defense. The Bears gashed what’s normally a solid unit for 6.3 yards per play. Baylor compiled 505 total yards but struggled on third down, going 6-for-15 against Jon Heacock’s crew.

Iowa State has now won five games in a row and is officially bowl eligible, which sets up a major showdown next weekend in Austin. The Cyclones and Texas will go at it at 7:00 p.m. on the Longhorn Network.

Check out CycloneFanatic.com all evening Saturday and throughout the day on Sunday for more on the possible Montgomery suspension and complete coverage of today’s game.