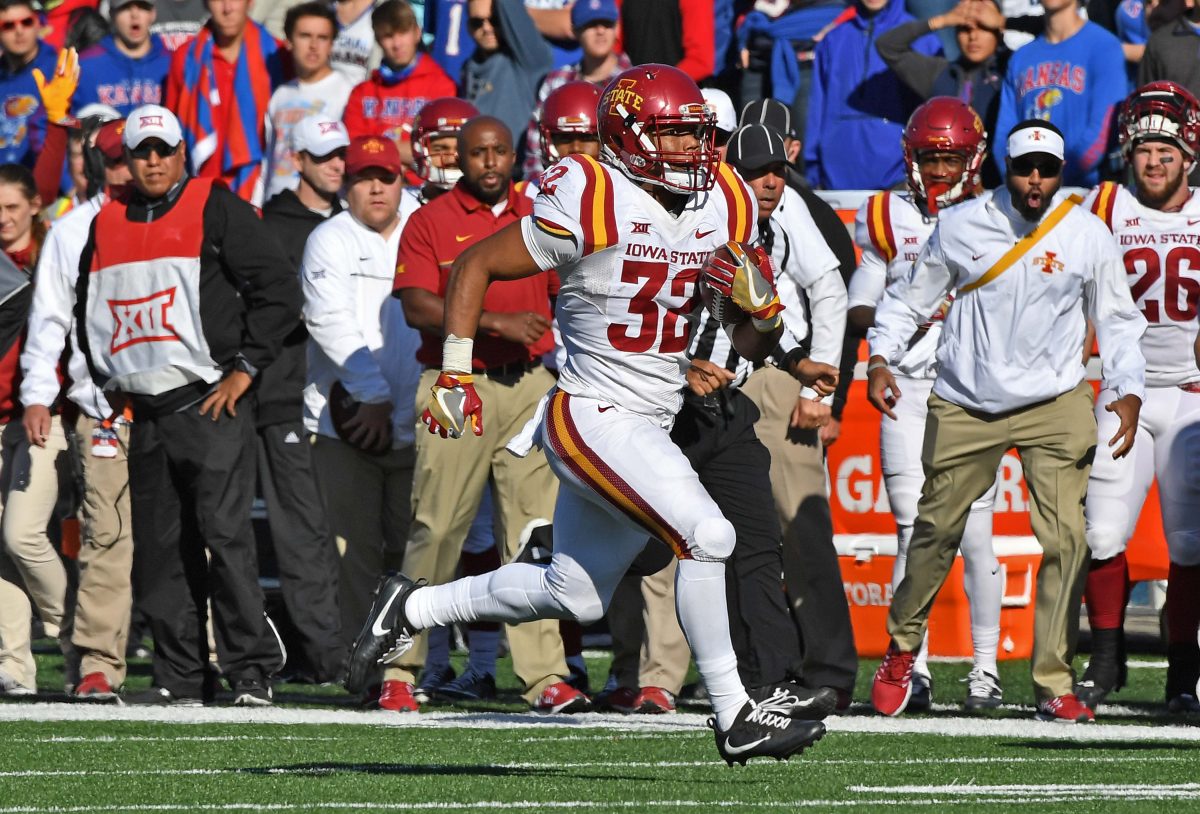 The Doak Walker Award is given annually to the nation’s top running back and is named after Doak Walker, who was a star in the 1940s for SMU and later was a four-time All-Pro selection in the NFL.

A native of Cincinnati, Ohio, Montgomery led the Cyclones in rushing (563) and yards per carry (5.2) in 2016 despite seeing limited action in the first half of the season.

Montgomery, whose 563 rushing yards last year was the second-best freshman total in school history, averaged 113.7 yards and 6.1 yards per carry in the final three games of the 2016 campaign.

He posted a pair of 100-yard games, including an 169-yard performance at Kansas, the fifth-best rookie rushing effort in school history. He owned the two longest rushes of the season last year with a pair of 46-yard scampers.