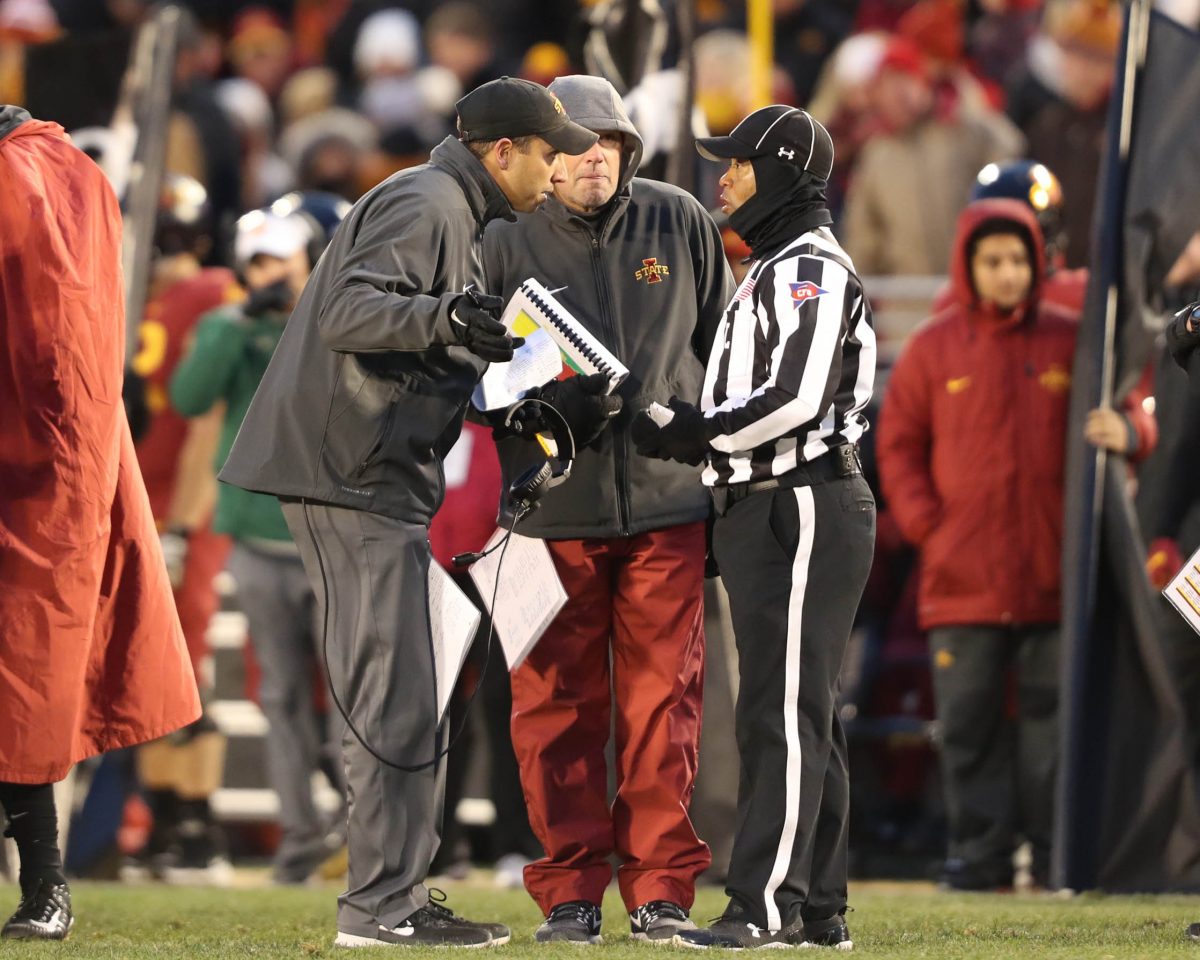 AMES — Iowa State will be in the exact situation it wants to be next week when the Cyclones roll into Austin for one of the biggest football games in school history. Er, well, kind of.

The No. 22 Cyclones remain squarely in the middle of the hunt for a Big 12 title game berth after their 28-14 win over Baylor on Saturday at Jack Trice Stadium. It marks the first time Iowa State has ever won five consecutive games against conference opponents in a single season. Let me say that again, EVER.

But, beating the Bears is far from the biggest story coming out of this football game. The biggest story – and what will surely be one of the most discussed topics in college football over the next several days – was what happened roughly five minutes into the third quarter with the Cyclones leading 17-0.

It probably is not necessary to completely go through what happened during the fight, no, scuffle, no, basically WWE wrestling match after back-to-back plays with Iowa State driving deep into Baylor territory. Really, the only thing that needs to be recapped is it resulted in, first, starting right guard Josh Knipfel being ejected and sent to the locker room, then unejected and returning to the field because the press box had buzzed the field to let them know a different Iowa State player was at fault in the incident.

David Montgomery, who will now most likely miss the first half of next week’s game against Texas, a game shaping up to be potentially the most impactful game for Iowa State football this side of 1912.

“It’s too much right now to even have a response because emotionally I just think a very unfortunate situation,” Matt Campbell said after the game. “I thought, for the most part, our kids kept very good poise. But until I watch it, I don’t even want to comment on it until I have a chance to see what transpired. I thought from the officials’ standpoint, they did what they needed to do throughout the football game.”

Your opinion on who was at fault in this situation will probably come down to the colors you choose to wear during Saturdays in the fall. Iowa State fans will point to one play earlier when Baylor’s Chris Miller drove Montgomery 10 yards out of bounds and over a table of Gatorade coolers. Baylor fans will pull up the video clip of Hakeem Butler driving one of their defensive backs to the ground on a block and “choking” him with a knee in his chest, which is really what prompted the incident that resulted in Montgomery and Baylor’s Greg Roberts’ ejections.

Hakeem Butler on what he saw during the wild sequence in the third quarter. pic.twitter.com/IqgyMulmx2

At the end of the day, who is at fault probably is not going to matter. Both players are more than likely going to miss the first half of their teams’ games next week.

Which, if you’re an Iowa State fan, is especially disappointing when you consider Montgomery is the best player on the team. He is the best running back in the Big 12.

Obviously, you want that guy on the field when you’re going into a hostile environment with huge, potentially program-shifting, stakes on the line.

“If we would lose him for a period of the game or at a point in the game, we’ll have some other guys who will have to respond and be ready to go, which I thought a lot of guys did (on Saturday),” Campbell said. “I thought Johnnie (Lang) did a really good job, Sheldon (Croney) did a really good job. It’s just one of those situations that we’ll have to deal with once we figure it all out and let the smoke clear.”

Campbell is not wrong when he notes Lang and Croney both played well in the time after Montgomery was sent to the locker room. Croney made one reception and 25-yard scamper on a screen pass during the fourth quarter, forcing Baylor to use its final timeout.

Lang scored the first touchdown of his career on an eight-yard run late in the fourth quarter, pushing the Cyclones’ lead back above 20-points and essentially solidifying the game’s final outcome.

“(Montgomery’s) one of the best players on our team but we’ve got a lot of guys who are capable of stepping up in his role,” junior wide receiver DeShaunte Jones said. “I think we have one of the most talented running back rooms in the country, so I don’t think there’s going to be a big drop off. With David, he can be a leader to the young guys and all the other guys for the first half.”

Of course, Montgomery has already started the process of taking what will be a crucial leadership role going into a crucial game next weekend. Shortly after his ejection, the superstar junior had already tweeted out an apology to his teammates and Iowa State fans.

First I would like to apologize to cyclone nation and my team for my actions, Me as a captain should have not reacted the way I did and I sincerely apologize for that!!! But I will defend my brothers no matter what and i stand on that!

Again, going back to which side of the aisle you come from, whether Montgomery’s apology was necessary is a different discussion. But the fact apologizing was the first thing on his mind after getting to the locker room is another piece of evidence to Montgomery’s character and further proof of why his arrival in Ames was a turning point for the program.

“David’s a leader,” Campbell said. “The last thing I would say David Montgomery had anything to do was starting any controversy tonight. I think he was protecting his teammates and it certainly looked like it was a secondary reaction that he would have had. Very unfortunate but certainly something that we’ll have to look at and evaluate.”

This was unquestionably one of the weirdest games I have ever attended, or truthfully just watched, in all the years I have been following college football. The third quarter was so eventful it felt like it lasted three days and not a little more than an hour.

It will live on as one of the oddest games ever played at Jack Trice Stadium or in the history of Iowa State football. Now, it is time to hope it will not have an impact on what figures to be one of the most important.

“Next man up,” Butler said. “We did it with our quarterbacks, maybe we’ll have to do it with our running backs. He’s the best player in the country so just got to keep it moving.” 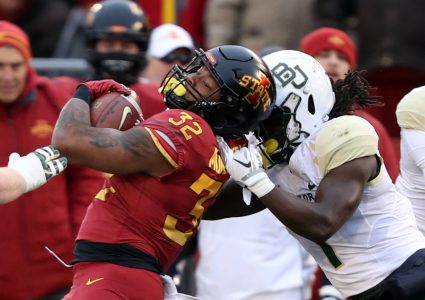 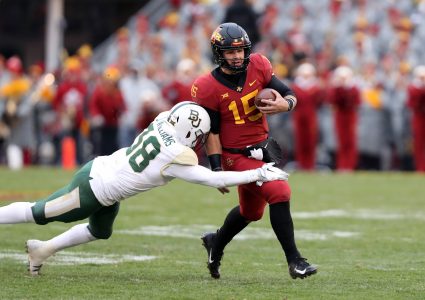 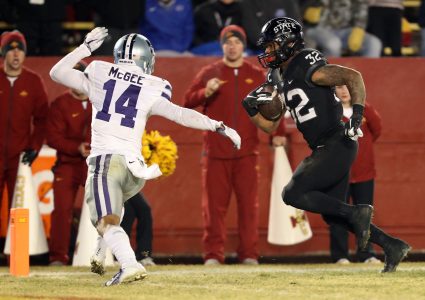 STANZ: Did it really happen this way?