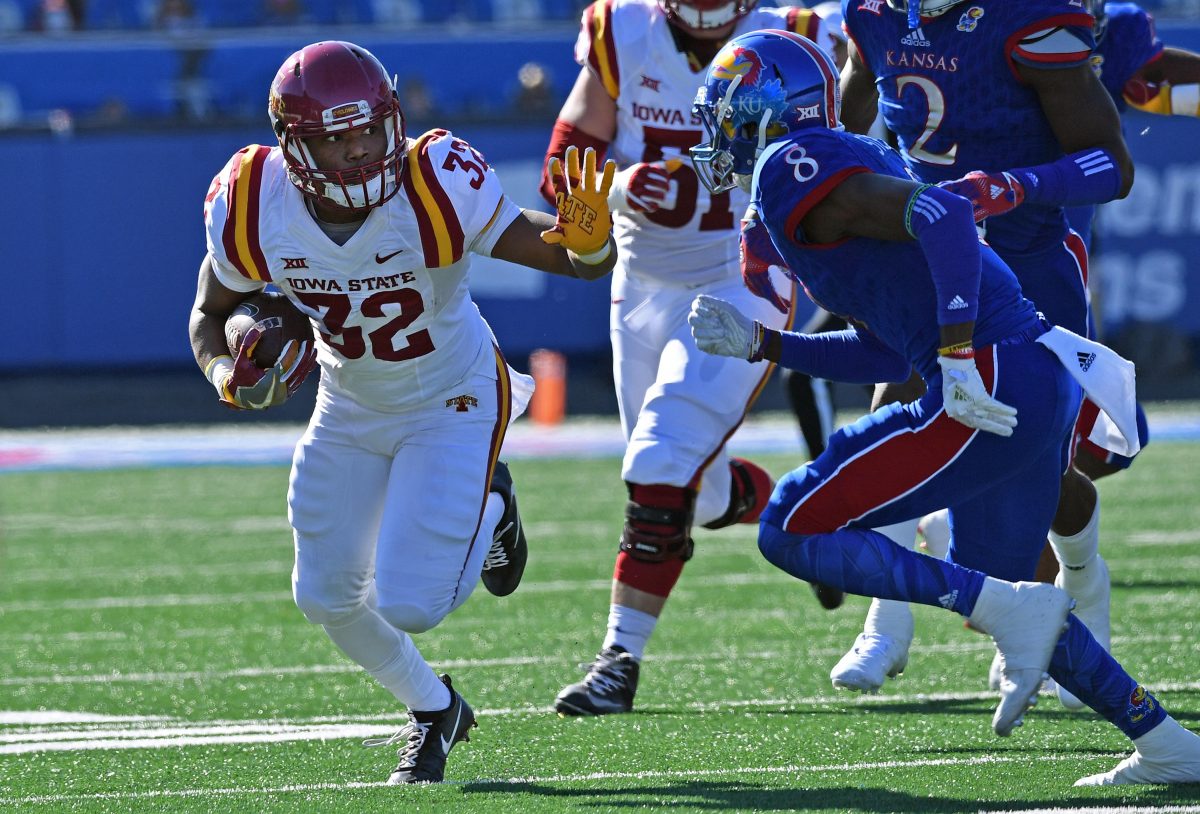 A native of Cincinnati, Ohio, Montgomery had a breakout game on Saturday to help the Cyclones earn their first Big 12 victory of the season with a 31-24 win at Kansas.

The bulk of Montgomery’s rushing load was in the second half, aiding the Cyclones in overcoming an eight-point third quarter deficit. Montgomery had 105 second-half rushing yards and had runs of 30 and 46 yards, the latter being the longest rush by a Cyclone this season.

Montgomery has started the last two games, averaging 106.5 yards and 6.3 yards per carry in that span.