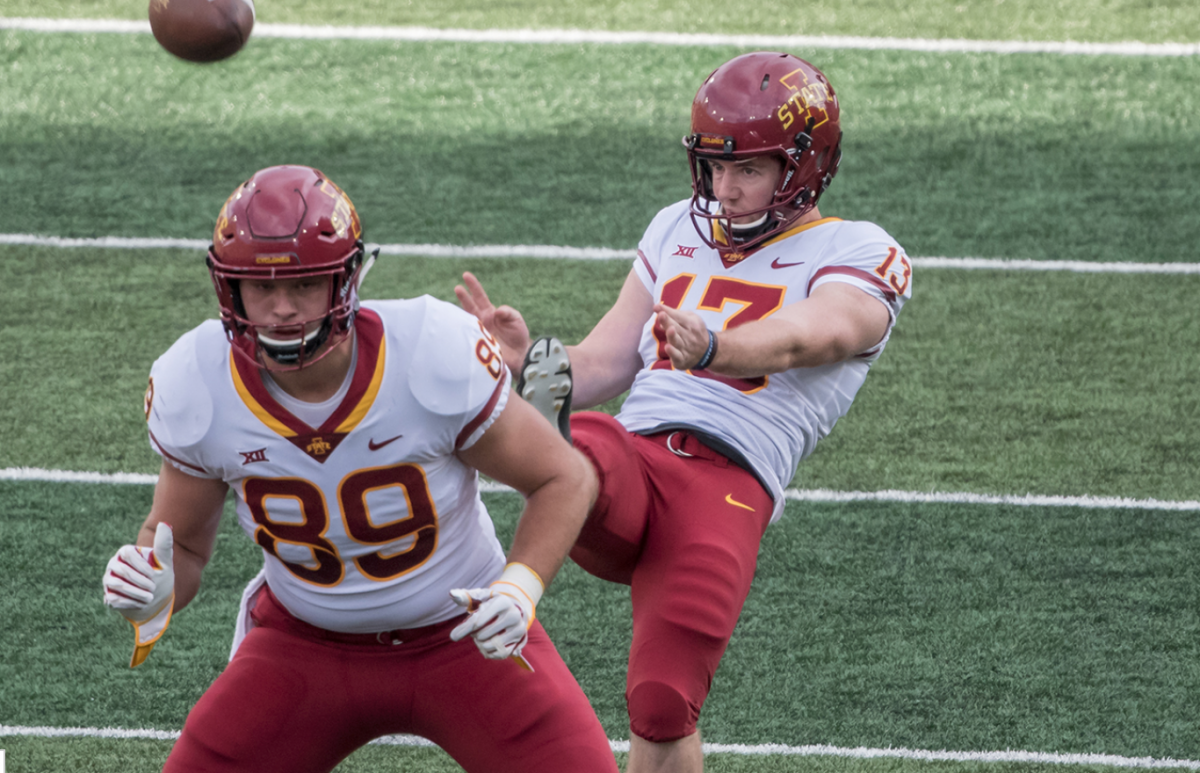 AMES —  Every day, before the sun kissed, then crawled up over the horizon, Corey Dunn went to work.

He donned rugged clothes, dug in for grueling labor and began pouring concrete.

Nothing changed from day to day for the small-town Australian with big-time dreams.

Dunn — now Iowa State’s punter — needed the money to fund his journey to America, so neither the monotony nor the arduous nature of his blue-collar job fazed him.

“I was there for 12 months,” said Dunn, who could be a very busy Cyclone in Saturday’s 6 p.m. (ESPNU) Big 12 clash with TCU in Ft. Worth. “That pushed me knowing it’s not forever.”

Dreams pulse with great power. They’ve driven Dunn to an important role on a power-five stage and while perfection is his aim — as it is for any player — expecting to fully achieve it is a fool’s errand.

Striving to be the best “gives you a chance,” as Campbell often says, but there are no guarantees — from play to play, game to game, or continent to continent.

Case in point: Dunn himself.

The strong-legged Aussie shined in the summer and boomed punts in fall camp — both in the pocket and outside of it.

Then his first attempt finally came in the season-opening loss at Iowa and … doink.

“Like I said to (ISU special teams) coach (Joe) Houston, it’s a game of inches,” said Dunn, who’s averaging 38.3 yards per punt despite two shanks against the Hawkeyes that spanned less than 15 yards. “If that ball drop was an inch to the left, it would have went 60 yards. An inch to the right, I would have completely missed it. It’s just a game of inches and one day it’s gonna click for me and I’ll get onto one.”

The same could be said of forcing turnovers, which the Cyclones have been achingly close to excelling at through three games this season.

Willie Harvey almost had a pick, but Braxton Lewis — making a good play — tipped it away.

Marcel Spears, Jr. — whose interception late in last season’s matchup with the Horned Frogs sealed a defense and special teams-driven 14-7 win — almost snagged one last week in the win over Akron, but couldn’t secure the football.

Being so close, so far, means this “game of inches” hasn’t swung ISU’s way in two of the first three games, but that could change Saturday.

“I think in any game every play is critical and understanding that as a team is very important,” Cyclones cornerback D’Andre Payne said. “Because you have all 11 guys striving to help each other out, striving to do their jobs, striving just to be the best defense on the field. Once you have 11 guys understanding that every play is critical, then you’ll get those types of outcomes, with guys just making plays left and right. Making turnovers and stuff like that, it’s really important.”

It starts with little things — and Saturday’s outcome could hinge largely on specialists.

And TCU (2-2, 0-1) scored its only touchdown that day on a kick return by KaVontae Turpin.

Will Saturday be similar?  ISU’s ready, if that’s the case.

“Everybody can beat everybody at any given Saturday and I think that’s the thing that I really enjoy about being in this conference, is you have a chance to win and you have a chance to get yourself beat each and every Saturday if you don’t worry about getting better one day at a time,” Campbell said.

Seemingly minor details become vitally important. An inch here or there separates winners from losers. No one knows that better than Dunn, whose lack of “perfection” hasn’t distracted him from the quest for excellence.

“I love that pressure,” Dunn said. “One of the things coach Campbell said over the whole fall camp was, ‘Perfect your craft.’ And I thought I did a good job of that over the fall camp and summer. Now it’s just a couple instances — two instances, but the rest of the punts I’ve been pretty happy with. As you said, there was a 57-yard one straight after a shank, which, it’s what it is.”

Connor Assalley, the portrait of “perfection” as a place-kicker this season, going seven-for-seven on field goals, said Dunn’s combination of sharp focus and short memory serves him and the team well.

“As a specialist that’s the mindset you have to have,” said Assalley, a walk-on who rooms with Dunn the night before games. “We’re all gonna have bad days. I’m sure I’ll have a bad day and those guys will pick me up. We’re a team and everyone picked him up and that was great to see.”

That’s how dreams are realized. There’s individual resolve and collective backup. It’s how ISU clutched more than seven wins last season for the first time since 2000 — and how little things will shape the big picture in 2018.

“We’ve gotten better week by week,” Payne said. “It’s just a couple things we still need to work on, that’s everybody in the country. I think that us understanding who we are and what we can continue to get better at to be the best Iowa State football (team), I think that’s most important.”

That odyssey is what buoyed Dunn through arduous concrete work and a hernia operation that set his football pursuits back a full year.

Dreams don’t always feature happy beginnings. Or endings. It’s what’s done in between that matters most.

“Yeah, I had two really bad punts the first game, but that motivated me more,” Dunn said. “I don’t let it get to me. I don’t let that stuff get to me. I can just push that stuff aside knowing that’s not who I am and that’s not going to be who I am. It was a tough situation. Your first game against your rival. First punt out of the end zone — you’re gonna feel something, but in the end, that’s what I come over here for.” 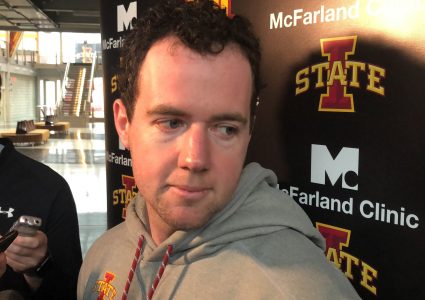 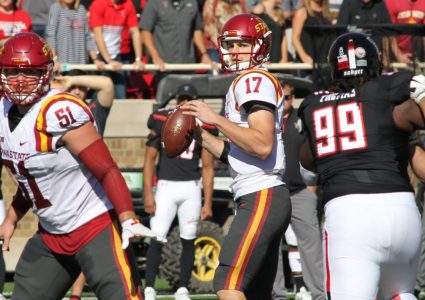