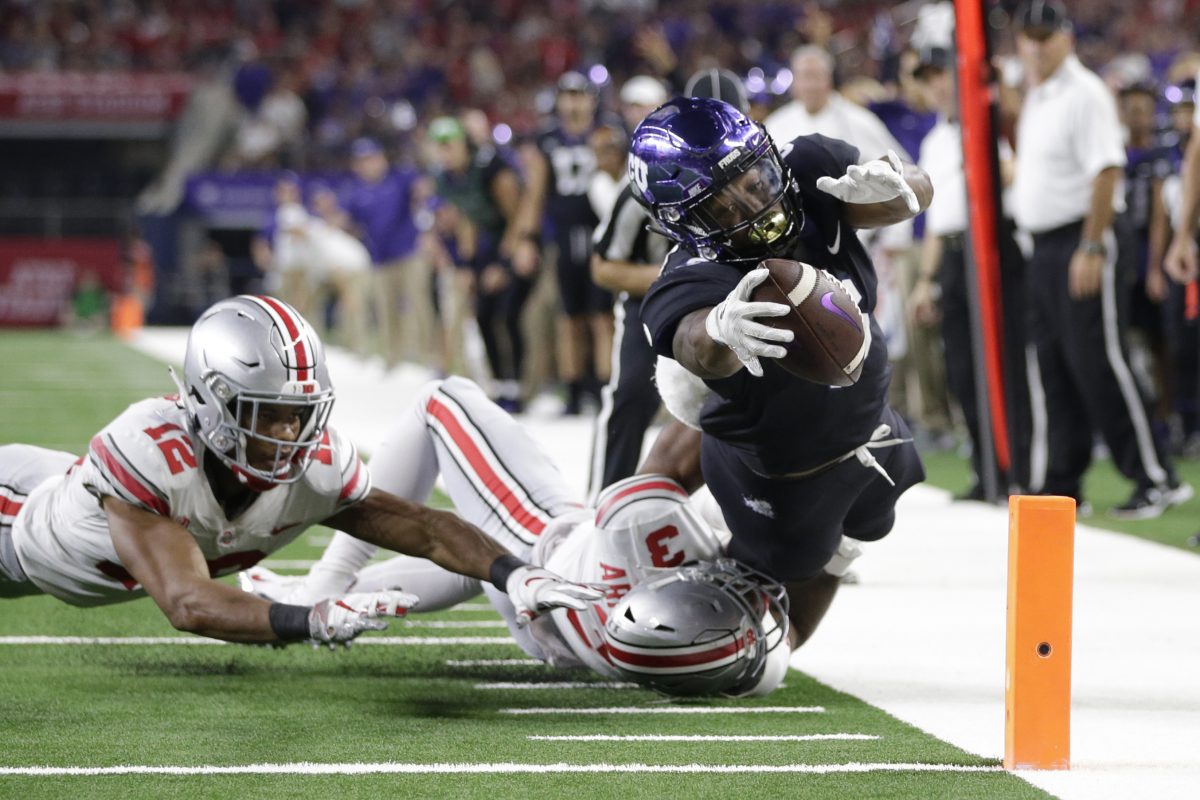 Get ready for Saturday night’s matchup with TCU with this week’s Know the Opponent feature, a collection of links, videos, and quotes.

*** TCU will be honoring Phil Taylor, a former walk-on in the program, with decals featuring his initials and numbers after he died of cancer. (Star-Telegram)

“They’re a well-coached team and they play hard on every snap, and they’re good at what they do. They have size on the outside, and they like to utilize their strengths. For us, it’s to come into practice and come into film learning and understanding what they do so that we can take those things away.”

“When they drop back to pass you have to have a plan for their tailback. I think when you look at the stats, he broke more tackles than anyone else last year.”

*** Patterson on the Iowa State defense.

“They’ll make you grind it out.”