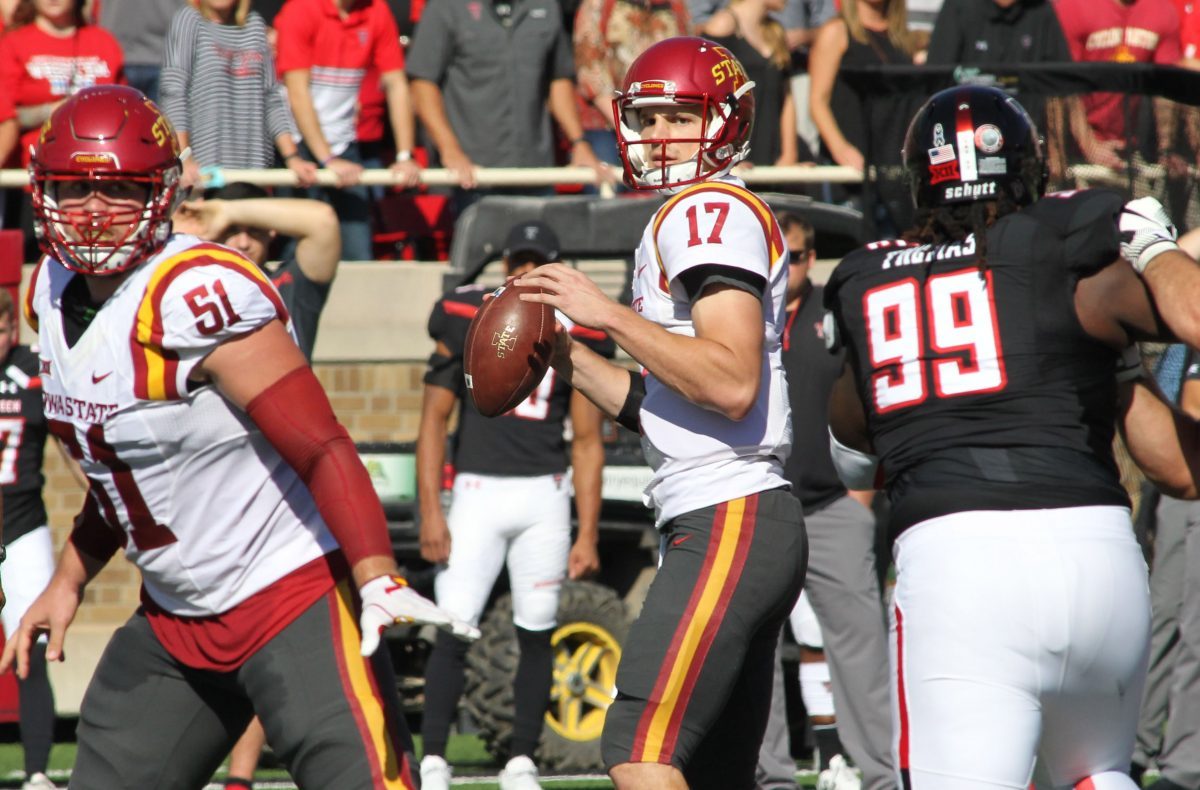 AMES — If you’re pining to hear ISU quarterback Kyle Kempt talk about the future, forget it. The sixth-year senior and first-year full-time starter doesn’t play that game. Few if any of his Cyclones teammates will, either.

“A big thing that coach (Matt) Campbell is preaching to us is be present,” said Kempt, who went 5-3 as a starter after breaking through unexpectedly in ISU’s staggering 38-31 win last season at Oklahoma.

What’s that mean? The usual stuff.

Attention to detail. Working hard when no one is watching. Taking ownership and honing one’s craft.

The 6-5, 224-pound Kempt’s most noticeable change from last season, of course, ripples through his body. He’s stronger, yet leaner entering Saturday’s 7 p.m. season opener against FCS power South Dakota State. He’s also as calm, focused and committed as ever, but what that means for the future remains clouded by design.

“I think we just have to be ready for this week and take it one week at a time,” Kempt said.

The past, also, resides in off-limits territory.

Kempt set a single season program record with a 66.3 percent completion rate last season. He tossed 15 touchdowns to just three interceptions, but once he strolls out of the tunnel under the Jack Trice Stadium lights Saturday night, a new blank-slate era will present itself.

“Now he’s been able to take his craft and look at it against highly competitive opponents (and ask), ‘What do I have to do to be better? How can we be better?’” Campbell said. “I think those are things that really allowed him to blossom in my opinion. He changed his body, which is great. I think he knew, ‘Man, I’m going to get beat up a little bit. How am I going to be able to withstand that? How do I get my body right?’

“Mentally, he went into the offseason as the leader. I think the day we announced him being back on our football team he stepped into these walls and he probably had as much or more respect as anybody that walks through our walls on a day to day basis by every member of this football program and I think he’s used that to his advantage. Getting guys in when nobody else is around. Throwing, catching, watching video. He’s had almost complete ownership and I’ve said this before to this group, the quarterback, it’s almost like you’re the CEO of the program and you’ve got to handle it that way. It’s almost equally important to the head coach in a lot of ways and you have to have the ability to own that and Kyle has owned that every step of the way.”

Redshirt freshmen Josh Johnson has solidified his hold on the No. 2 spot at the ‘X’ receiver spot, behind top returner, Hakeem Butler. One reason why: Butler’s leadership, but he’s not alone. Matt Eaton, who holds down the top spot at the ‘Z’ position has helped sophomore Jalen Martin develop into a pass catcher who could make an impact this season, as well.

“The benefit of having those two leadership guys in our position group, I thought that was really, really big,” Campbell said. “Really excited about (Johnson and Martin). I think both those guys have a chance to help us this fall, for sure.”

“You’ve just got to keep encouraging guys like that because when you’re young, any little thing, you lose a little bit of confidence,” Butler said. “I feel like in this game, confidence is everything. If you’re not confident, you can’t play fast, so I just try to keep their confidence ups try to keep them on the right path, making smart decisions.”

ISU fans are understandably nervous when a top kicker hasn’t been named at the start of the season, for obvious historical reasons. But Campbell said not to read too much into the fact that Chris Francis, Brayden Narveson, nor Connor Assalley has full taken hold of the starting spot.

“It’s maybe one of the most important battles we continue to have out there, just because I know how critical that role is for our football program,” Campbell said. “Now, with that said, I am really proud of what those guys have done. Rather than maybe their inadequacies hurting us from not making a decision on that, it’s really, that both guys — all those guys — have really had good camps.”

Campbell lauded Assalley’s consistency. Francis will again handle kickoffs, but has impressed off the tee as well. Narveson, who was slowed by a summer injury, is an elite talent.

So this is a no-rush proposition, even though it may cause hand-wringing in some quarters.

“I think I want to see these guys now take the pressure in game week,” Campbell said. “How does that look? How does that feel? And then make the right call.” 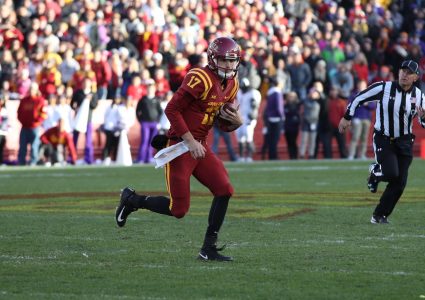 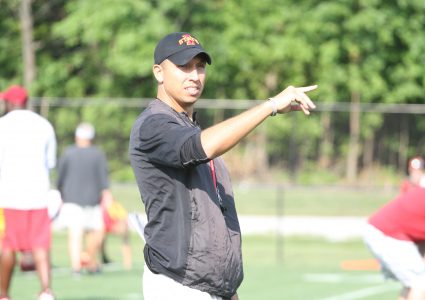