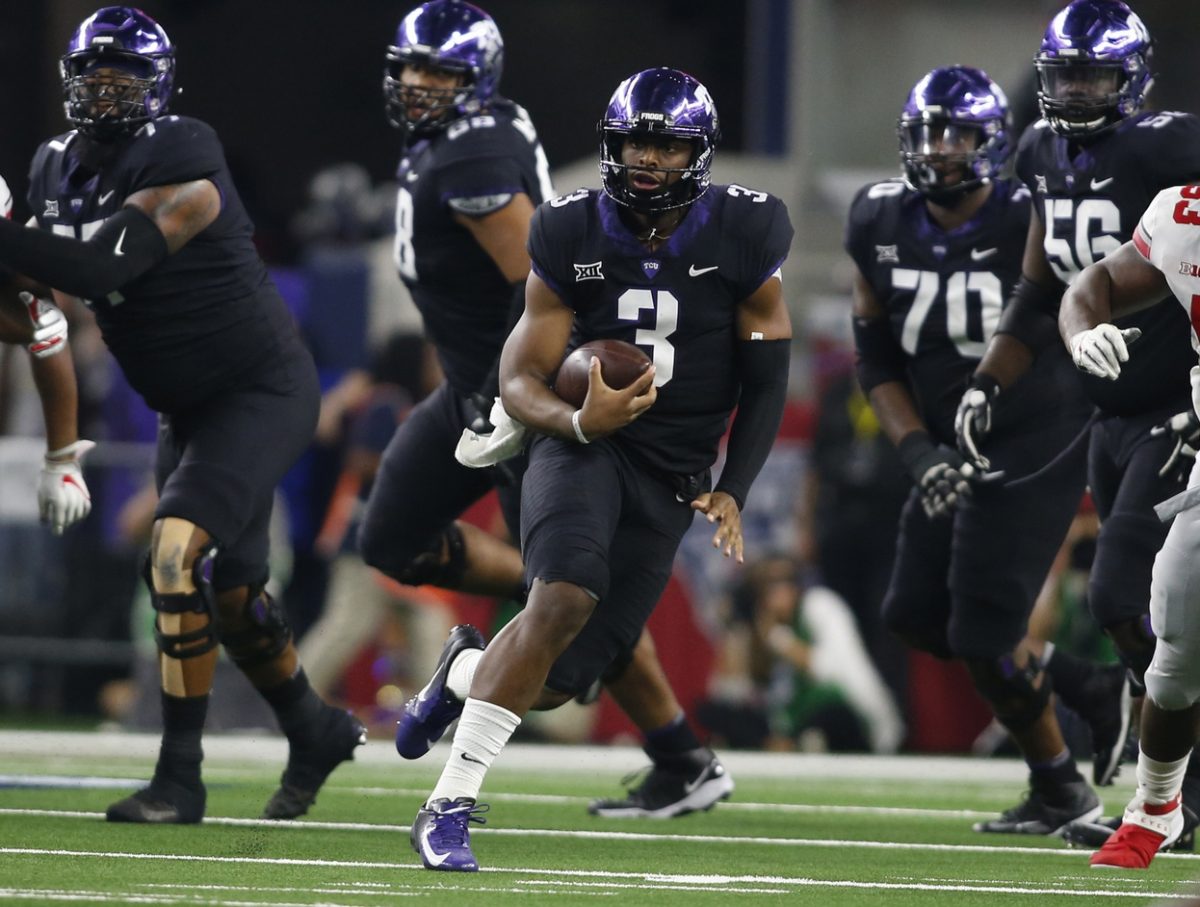 I’ve got too much respect for Gary Patterson than to openly predict that one of his teams will lose three games in a row. However, I do think that Jon Heacock will have something fun whipped up for TCU’s inexperienced quarterback. I’m guessing that each team turns it over a couple of times on Saturday night but the Horned Frogs will pull out a close one.

I think this game will be very similar to last year as far as a defensive battle. Cyclones find success early, TCU adjusts then the defense makes enough plays in the end for the Horned Frogs to come out with a win.

This month of Iowa State football has felt weird and disjointed. I just don’t have a great feel for what this team is or can be. TCU is in a similar boat of uncertainty. So, long story short, I have no idea how this thing will play out. I’ll go the conservative route and take TCU to keep Iowa State’s offense in check and do enough with their speed for a big play or two.

The Horned Frogs have shot themselves through their rough-skinned feet more than the Cyclones and may be the *fastest* team in the Big 12. ISU went vanilla in a workmanlike win last weekend over Akron. A talent gap — though shrinking — remains, for now. Unless the Cyclones finally snag multiple takeaways Saturday night, I begrudgingly pick TCU.

This is super hard for me to try and ballpark. Because we’ve seen 3 very different offenses in 3 games. I think last week is an anomaly of playing 500 guys, so I expect a more consistent output. A close game with a win for either team have the same likelihood. This version of Rock Paper Scissors says ISU wins.

Iowa State is searching.  They are farther away than I anticipated they would be. Elements of their formula are present, but they are a distance from putting it together.  TCU is in the exact same boat.  Except, TCU has an exceptionally mobile QB that will be effective in moving the ball against Iowa State.  Gary Patterson shows his worth and it is a long day for the Cyclones.

After three games, it feels like the Iowa State offense has been all over the place. I think the defense should be solid against the Horned Frogs and might generate a turnover or two, but the question will be whether the Cyclones can turn those opportunities into points. I’ll say that if ISU’s offense scores three or more touchdowns, they will win. If they score two or fewer (including settling for field goals) then TCU will prevail.

Three games into the season I feel like we don’t know a whole lot more about the Iowa State football team than we did in August. A solid defense and an offense that seemed to have pieces but needed to prove that they could put some points on the board. The Cyclones are getting points 100 percent of the time that they enter the red zone but they average just 3.89 points per red zone trip (124th in FBS). The defense has been solid but they haven’t yet made their mark in the turnover department making the big, game swinging plays by only creating turnovers on 5.6 percent of possessions (120th). Truth be told, both of those stats and the rest of the numbers that show ISU as mediocre are in large part because of the tough slate of games they’ve played that by many services has been the toughest schedule to date in the country.

I think the Cyclones hang tough.