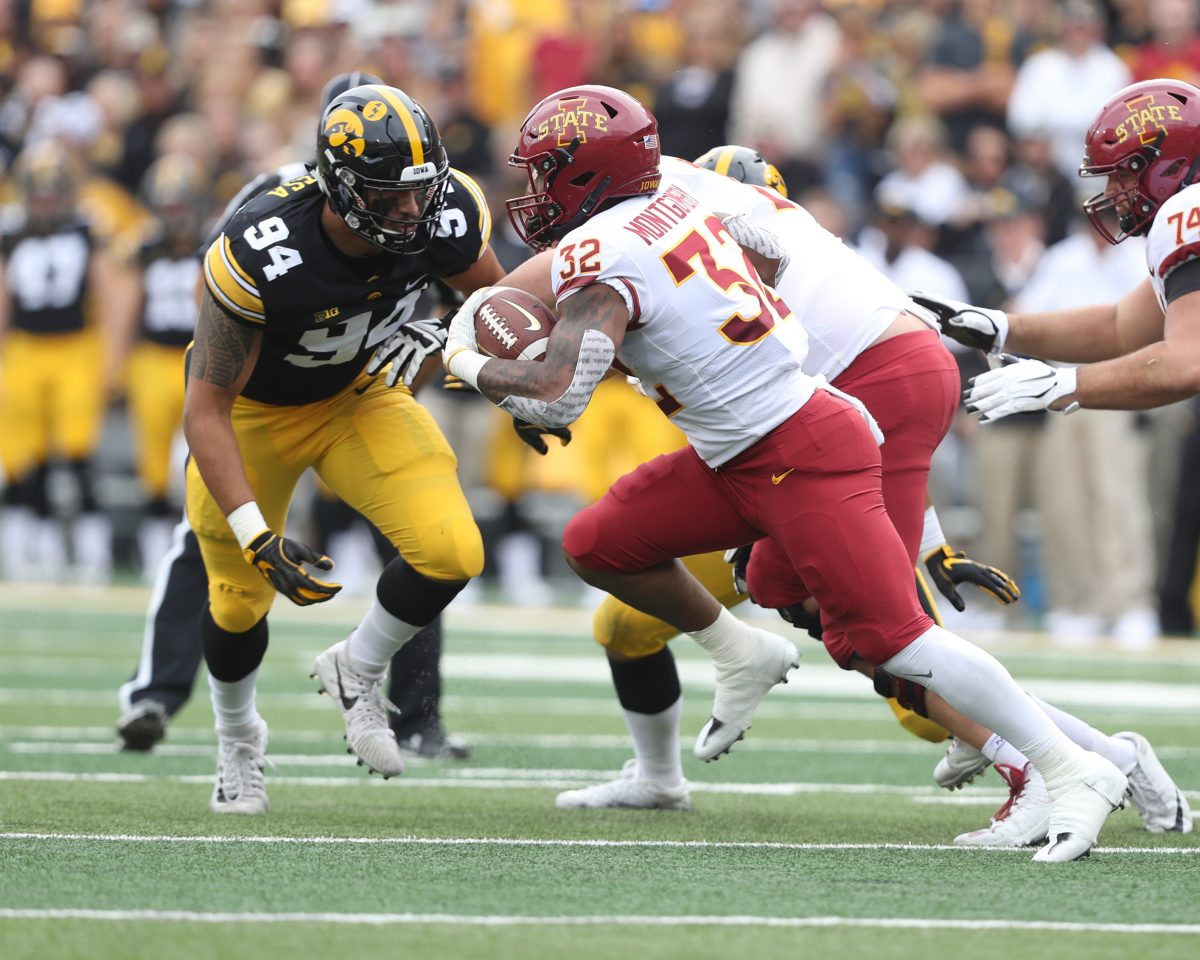 As a football fan, there may be nothing as consistently frustrating as the inability for your team to run the ball.

On Saturday in Iowa City, the Cyclones had 25 carries for 19 yards. Granted, sacks of Kyle Kempt and Zeb Noland accounted for a chunk of losses to that total, but with Iowa State’s style of offense it poses a huge problem when unable to get any traction on the ground.

Iowa State has grown leaps and bounds under the Campbell regime, but the lack of consistent run game continues to be a sore spot.

In 26 games under Campbell, Iowa State has been held under 100 yards rushing seven times. (Amazingly, the Cyclones have won three of those games and all three were fairly memorable victories: at Oklahoma, vs. TCU, vs. Memphis.)

You may be thinking: Why did Iowa State continue to ram the ball inside when it clearly wasn’t effective? With Iowa playing two deep safeties and their linebackers wide, they were essentially daring Iowa State to run up the gut. With only five or six defenders up in the “box,” it is imperative to be able to run inside because throwing in those windows or running on the edge is brutal against that defense. This logic is the main reason for Iowa State’s recent success on the defensive side. Teams can’t run on the Cyclones, even with the numbers advantage. Iowa State was unable to take advantage of the numbers on Saturday and by the time they attempted the alternatives, it was too late. The result was a disheartening offensive display.

Iowa State is not built to be Texas Tech and out-gun teams. They need to be successful “in the margins” and that means grinding out drives.

After watching Saturday’s effort, it is easy to be discouraged about the run game and thus Iowa State’s offensive proclivity going forward this season.

The good news is SAMPLE SIZE! and Matt Campbell’s history of offense. Having the opening game against a defense as stout as Iowa’s was not a good recipe for immediate success. As we all saw, Iowa has a formidable defensive line that is likely to be on par with about any other defense Iowa State sees this year. Couple that with this being the first extensive game with this group of starters on the line and the result was not good.

But, Campbell has a track record of building up an offensive line and thus an offense. Campbell was hired in 2009 at Toledo as the Run Game Coordinator and Offensive Line Coach. He inherited an offense that averaged less than 150 yards per game on the ground and was 97th in offensive efficiency the year prior. Campbell began to get his own guys in the system and recruited a bunch of young offensive lineman that would grow up together. Check out the progression of his Toledo offenses with rush yards and overall offensive efficiency.

Toledo’s best lines in 2013 and 2014 were populated entirely by either juniors or seniors recruited by Campbell in his first two classes. The 2014 offensive line had 162 career starts by its five members and had a couple future NFL guys.

Most of the rest of Iowa State’s two-deep are freshmen and sophomores. I think we were all being a bit too optimistic to expect a huge jump in the run game right away this season, losing a four-year starter with Jake Campos and steady presence in Robby Garcia off an already young group makes for a challenge. As this group gels a bit and has some continuity, things are only going to get better this season and I expect Iowa State to have a serviceable group during most of Big 12 play.

Long term, the big-dudes in the system are accumulating and there is strong belief there are future stalwarts already on campus. Freshmen like Colin Newell, Trevor Downing, Joey Ramos, Robert Hudson, Jeff Nogaj and Alex Kleinow are going to be huge contributors, but the offensive line takes time and these fellas are going to take some lumps along the way.

Saturday’s effort was frustrating, but Matt Campbell’s coaching pedigree has been dedicated to the offensive line and he’s turned things around before. He is going to be hell-bent to get things functional in the short-term and a resounding strength of the team in the long-term. With the upcoming opponent, the sooner the better.

As a wise person once said, “All things are difficult before they become easy.” 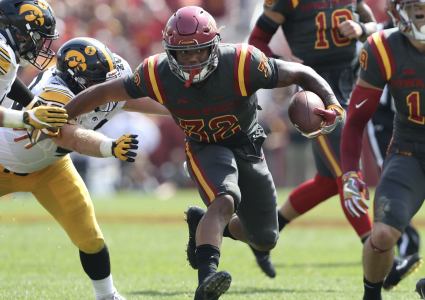 BLUM: The next Cyclone superstar