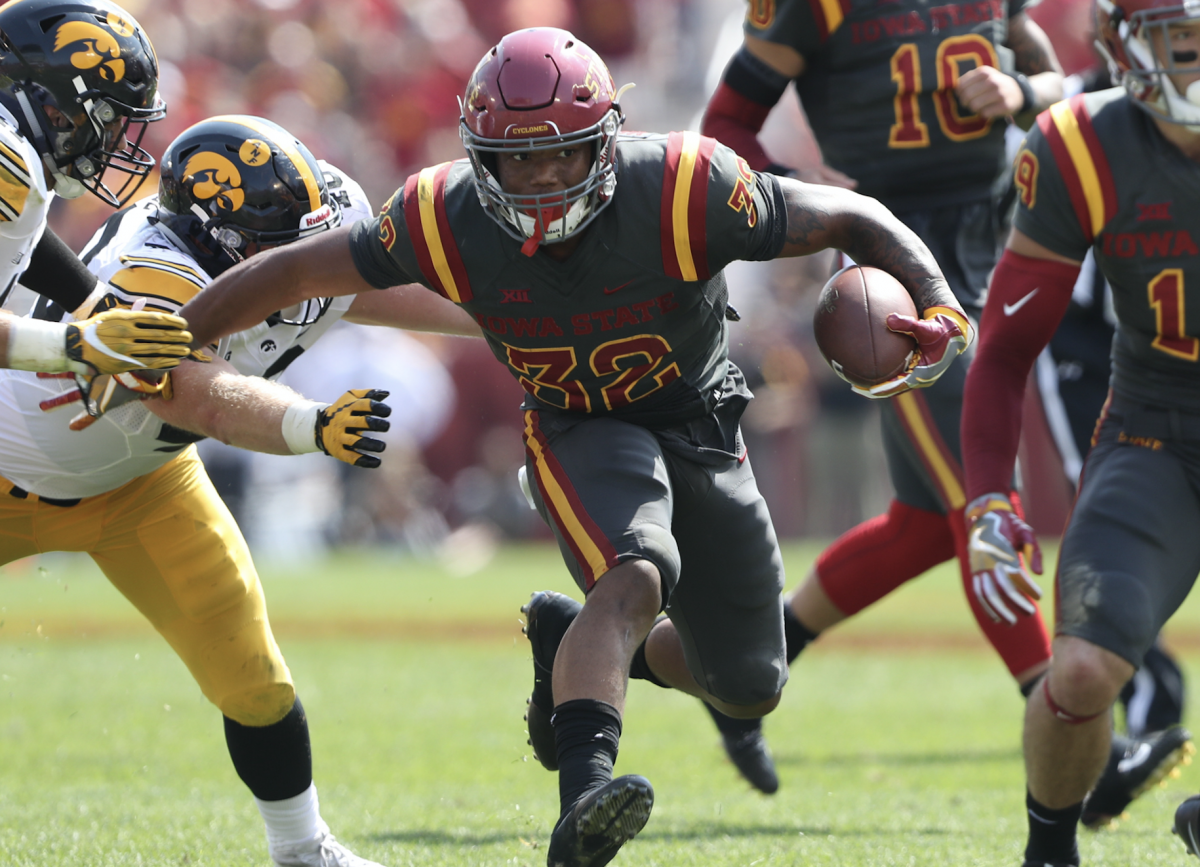 Almost a year ago, I wrote a piece on Cyclone Fanatic after the Iowa game titled, “Tired of Losing.” The gist of the column was simple, losing gets old, but more frustrating than the actual losses was the apparent lack of any type of football identity. Not only had Iowa State lost for four straight years, but ever since Kelechi Osemele, Jake Knott and A.J. Klein departed there was really nothing they could hang their hat on. It reminded me of the McDermott era Iowa State basketball days. The Cyclones existed and had bursts of hope, but never had a foundation to fall back on when things went sideways. They had a period of treading water before ultimately sinking.

It seems the tide is turning and as Iowa State heads east to Akron, the Cyclones identity is starting to rest on the capable shoulders of a former option quarterback from the Buckeye state, David Montgomery.

When Matt Campbell first arrived in Ames, he had to scramble to fill out his initial recruiting class. It was a whirlwind few months as the Cyclone staff hustled to find players that fit their program and culture.

David Montgomery was an outstanding running quarterback for Mount Healthy, a high school in the Cincinnati area. But despite running for nearly 3,000 yards and 41 touchdowns, he wasn’t receiving many power five scholarship interest, sporting offers from Miami (OH), Buffalo and Army. Campbell didn’t even have a spot available for Montgomery at Toledo at the time of his departure. As fate has it, Campbell headed west and kept Montgomery in the back of his mind. When a running back scholarship opened in Ames, Montgomery got the call and signed with the Cyclones.

His performance Saturday against Iowa opened eyes nationally to the future of Iowa State Football. The Cyclones have an identity and it starts with No. 32.

The numbers are impressive. In the five games as a starting running back, Montgomery has eclipsed the 100 yard mark three times, scored four touchdowns and become a weapon all over the field. He has averaged 5.7 yards per carry this season behind a developing line with not many gaping holes to run through. In Saturday’s breakout effort against Iowa he had 113 yards rushing and 53 yards receiving against one of the stoutest front sevens in college football.

He is only the second Cyclone back since 2000 to run for more than 110 yards and have more than 50 yards receiving in one game, joining Alexander Robinson against Kansas in 2009. But it wasn’t just the production that was noteworthy, it was the explosion and agility that was unlike anything we’ve seen at Jack Trice Stadium in over fifteen years.
The website Pro Football Focus said Montgomery has forced 28 missed tackles in two games and it honestly felt like it was twice that many.

Iowa State RB David Montgomery has almost forced as many missed tackles after two games (28), than he did all of last year (29). pic.twitter.com/S6W1WJAzK2

Just watch in awe at this series of moves. And keep an eye on how silly Montgomery makes All-American No. 43 Josey Jewell look at times.

So it looks like Iowa State RB David Montgomery is good at football pic.twitter.com/8IRAVWwVfv

Another multi-MT reception for Montgomery here, just refused to go down all game. pic.twitter.com/0rjuPQXhMJ

An option pitch in space turns into Montgomery slicing between two tacklers twice over for a 1st down. pic.twitter.com/yha9WB7lJ1

Iowa State’s David Montgomery is a MAN amongst children pic.twitter.com/xuIzKjlf9Y

This is just incredible footage and ability. I spoke to former Cyclones Ben Bruns, Sage Rosenfels and Jack Whitver about Montgomery and they agreed Montgomery has talent not seen at running back at Iowa State since the late Ennis Haywood or perhaps even the iconic Troy Davis.

Montgomery still needs the consistency to join the pantheon of great Cyclone backs. But the pure talent is some of the best we’ve ever seen.
Montgomery runs with equal parts anger and grace. When he is in the open field, he has the unique ability to make you hold your breath in anticipation. He can make you miss in a phone booth or run straight ahead and obliterate the phone booth.

Saturday’s loss was disappointing but it confirmed what those in the program already knew. Iowa State is on the rise and David Montgomery is going to be the main reason why. We are on the verge of the emergence of the next Cyclone superstar. Jump on and enjoy, Montgomery can carry the load. 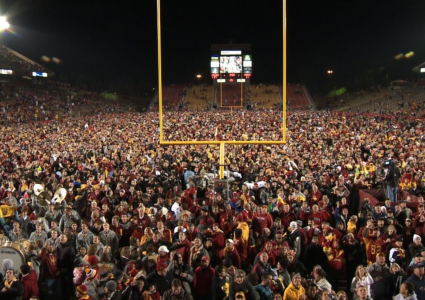