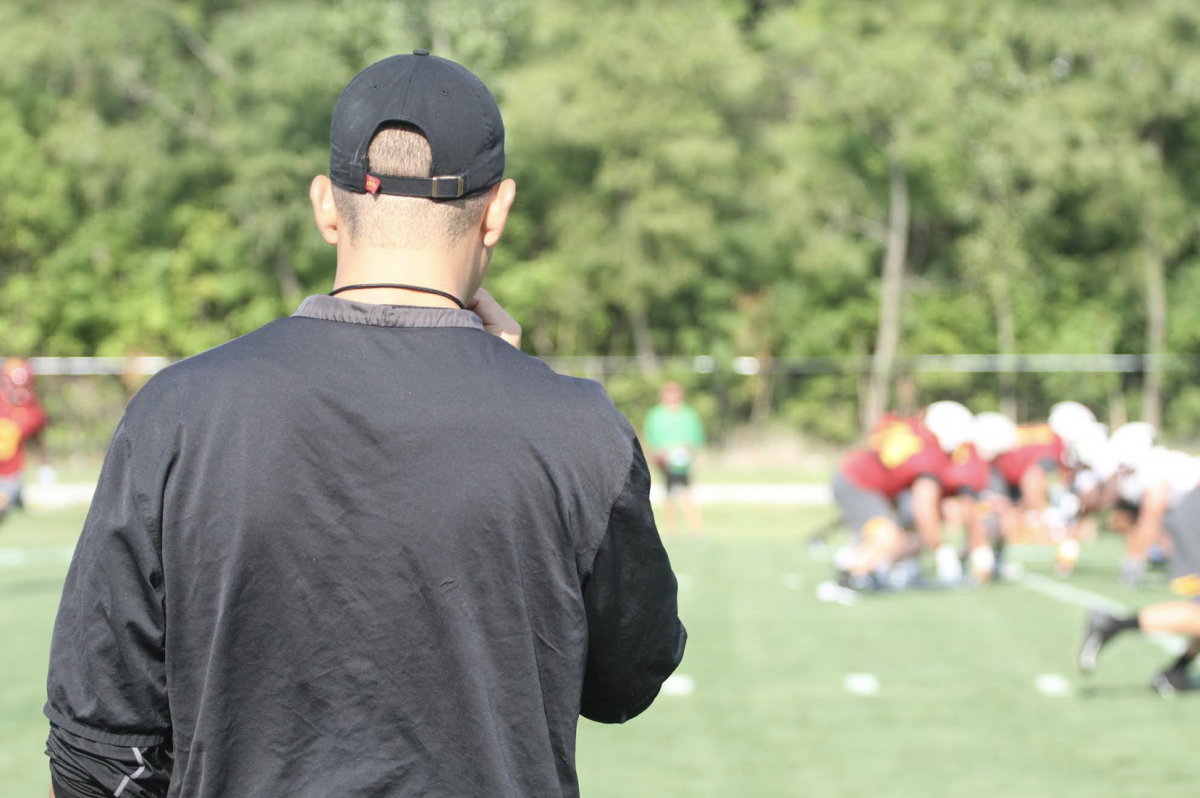 Self-fulfilling prophecy definition: “Any positive or negative expectation about circumstances, events, or people that may affect a person’s behavior toward them in a manner that cause those expectations to be fulfilled.”

The Cyclone Nation is made up of a complex group of individuals.

Over my years of running Cyclone Fanatic (crazy enough, I started working here exactly nine years ago today), I’ve gotten to know fans of all ages from all over the country. I can honestly tell you I have never spent a day completely away from the site. From my honeymoon, to the day my daughter was born, to the Christmas’ in between, CF has always been part of my routine. I even checked the CF forums when I was out for a week with Scarlet Fever (true story). If it’s in the lots before a game, at our events or over the airways, I’ve rubbed elbows with you guys during some amazing times (Oklahoma State in 2011, Big 12 basketball championships, etc.) and awful ones (UAB, season opening losses to FCS programs, Hoiberg Watch, etc.).

Even when you guys are mean to me (😂), I think of you as my massive internet family.

I hate generalizing large groups of people, but this is typically what I have witnessed over the years in regards to the demographics of Iowa State’s fan base:

*** The older folks really seem to hate Iowa more than the younger fans. I think this is due to the fact that Iowa State was treated like second-class citizens in this state for so long. This group is naturally the most proud bunch of Iowa Staters too. My God, you all have been through some rough patches. You have seen some terrible football, but through it all, you’re still loyal and forever true. I applaud you for that.

*** There is the group I belong to – let’s call us the “middled-aged Fanatics.” We grew up with some winning. The Sage and Seneca years really turned the corner for this program and put it on the map. Dan McCarney gave us hope. Truthfully, as much as I adored McCarney (and still do), I never felt like that program was ever in a spot to truly compete for a Big 12 championship. The Big 12 North was terrible back then and most of the program’s success came in years when it didn’t have to play Texas and Oklahoma. Conference instability and significant deficiencies in the facilities arms race that is so important in college athletics allowed built in excuses for not succeeding (I am 100 percent guilty of this).

(Side note: How insane is it to think about the Big 12’s old television contracts, where the Texas’ and Nebraska’s of the world would make twice as much revenue as the Iowa State’s and Kansas’? And we wonder why the league essentially blew up twice….)

*** There are the youngsters. In my opinion, this group is exactly what Iowa State needs right now. This generation grew up attending games inside of full football stadiums and watching the greatest stretch ever in Iowa State basketball. You’ve been at Iowa State when it was our state’s largest public institution in a time where there are more Cyclone alumni around than ever. Above all, this group demands excellence and truly believes in the “why not us?” mentality, partly because you don’t know any better. Your heart hasn’t been stomped on for decades.

Last week’s speculation of Matt Campbell being Ohio State’s preferred choice to replace an embattled Urban Meyer was quite complex.

On Thursday morning, I was a bear to be around. That’s because the second that the Meyer drama started to surface, my phone was constantly vibrating. I went back and checked. Over 30 friends reached out to me regarding Matt Campbell’s future with Iowa State. I’m not complaining about my friends wanting to talk Cyclones with me (I’ll talk Cyclones with anyone) but seriously guys, think about this:

It was Aug. 2, the Ohio State job wasn’t even open and we were on the verge of an all-out panic attack!

Prior to this season, we absolutely have to look ourselves in the mirror. I understand being an Iowa State fan and constantly feeling the need to look over your shoulder. (Vikings fan here, I get it.) But there is also unhealthy paranoia, and that’s a bad look.

I’ve had a lot of conversations since last week and pondered about this greatly over the weekend. I woke up in Dallas a few weeks ago ready to kick off what I thought would be the most anticipated season of a lifetime for some. I left Ames last Friday night – after spending the day watching Iowa State practice – even more enthusiastic based off of what I had seen (that is a loaded roaster that looks on point).

I’m staying positive and will not let the Ohio State – or any other openings for that matter – consume me.

It’s because I’ve done this before in my “life” away from the Cyclones. I don’t talk about it much, but I’m a guy at times has suffered from some sometimes crippling anxiety. I’ve had some pretty low, lows. Perhaps I’ll tell you about them some other time, but I’m 34 now. It was three years ago (when my daughter was born) when it hit me – just how much time in my life I had spent worrying (more like obsessing) about things that I could not control. I missed out on so much.

Let’s all step back from the ledge an realize two things:

1 – It’s disrespectful that (what seems like) nobody out there – locally or nationally – thinks that Iowa State is good enough for a great coach to stay at. This should fire Iowa State fans up more than anything. Iowa State fans are the ones that will have to change the narrative here. Be vocal!

2 – We knew that Campbell’s name was going to get tossed around with other jobs this season. It was inevitable. It just happened way earlier than anyone could have imagined because of a disgusting situation in Columbus.

Heading into the 2018 football season, this fan base has never needed the “why not us?” mentality more. I’m looking at you, young Fanatics.

I’m not going to tell you guys how to be fans. Do what you do. But my advice is to let loose of the paranoia, exude confidence and let the good times roll. From facilities to talent, Iowa State is set up for long term success in football for the first time in my life. I’ll be damned if in early August, I am going to let a random Twitter rumor from Dan Patrick’s producer ruin it for me.

WILLIAMS: Why I am so excited for the season