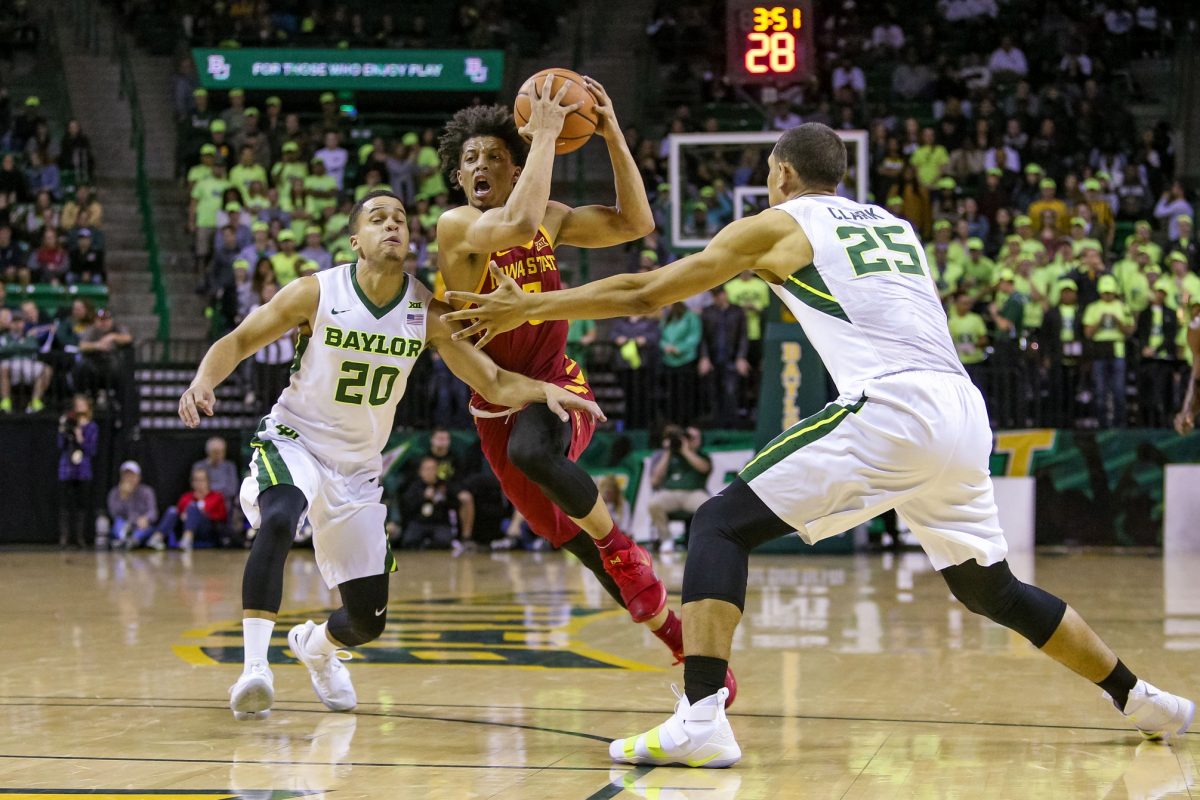 That was the basis of West Virginia head coach Bob Huggins’ thoughts following his team’s dominant loss at the hands of Iowa State on Wednesday. Fast forward to Saturday and it was the Cyclones feeling those effects.

While the two key cogs in Iowa State’s frontcourt, Solomon Young and Cameron Lard, were hampered with foul trouble throughout the majority of the second half, the Bears took advantage of their decided size advantage behind 10 points and 14 rebounds from Jo Lual-Acuil Jr. and a career-high 23 points from Terry Maston.

The Cyclones struggled mightily against Baylor’s zone, especially in the second half, as freshman phenom Lindell Wigginton was held scoreless after scoring 14 points in the first 20 minutes. Wigginton finished the game with a career-high eight assists on 4-of-14 shooting.

Lard may have been Iowa State’s most important player on the court and the game changed for good once he picked up his third and fourth fouls on consecutive possessions early in the second half. The Cyclones’ 6-foot-9 freshman center finished the game with 14 points, nine rebounds and four blocks, breaking Jared Homan’s program record for blocks by a freshman.

The Bears finished the game shooting 50 percent from the floor and went just 2-of-14 from 3-point range.

Iowa State will be back in action on Wednesday when it travels to Lubbock to take on Texas Tech in an 8 p.m. tip.