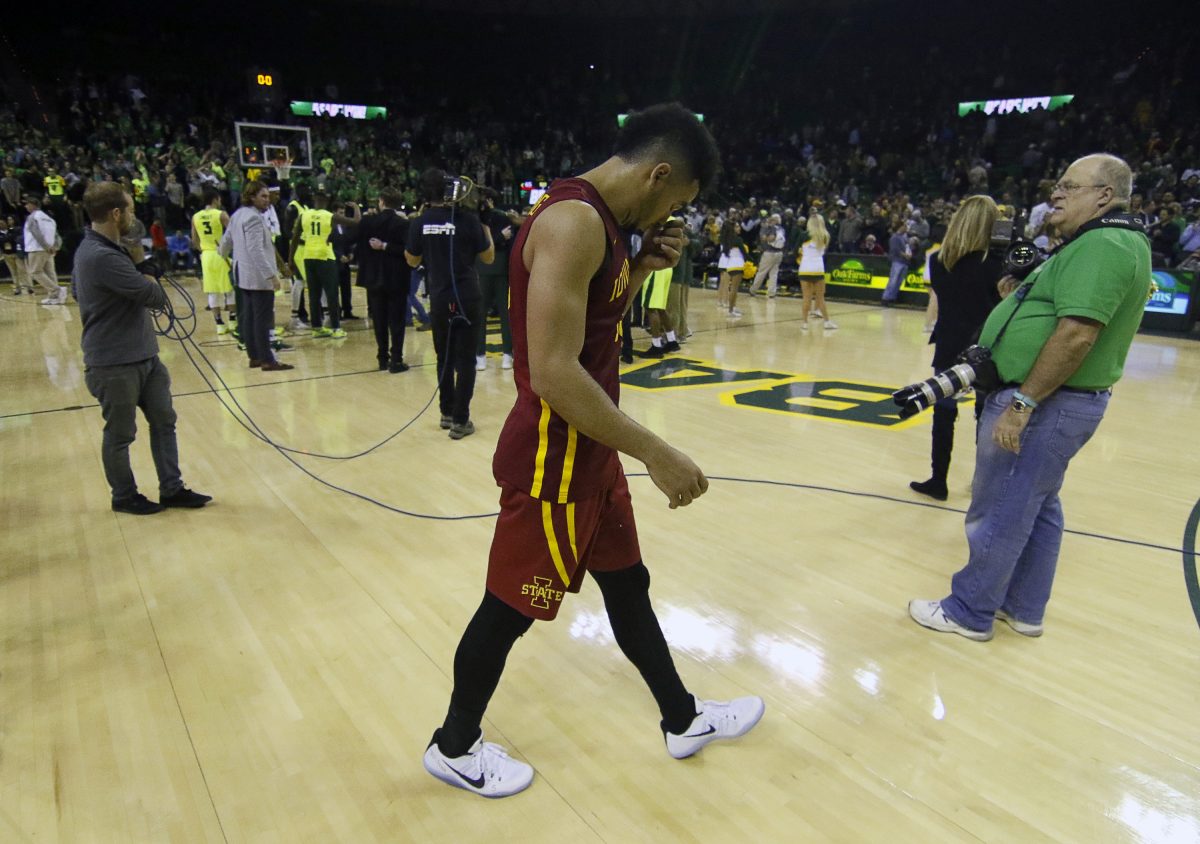 Naz Mitrou-Long has been a major part of some very talented, smart and successful teams during his five year career at Iowa State. That’s why after Wednesday’s 65-63 stinger of a loss at No. 2 Baylor, the following quote was so interesting.

“I have never been a part of a team that had scouted so much for a game than this one,” Mitrou-Long said on the Cyclone Radio Network. “The last three days it was complete focus on every play they have and every scheme they have. It worked for the most part. We had them down for most of the game. A couple of slip-ups at the end. The guards weren’t being aggressive at the end and it cost us tonight.”

Think about that though… Mitrou-Long has been at Iowa State for five years under two head coaches (one who is now in the NBA) and loads of assistants. And not once have Cyclones ever been more prepared for a game?

“We prepared the right way,” Steve Prohm said. “That’s what I told everybody in there (locker room). That’s how you have to prepare. It doesn’t matter what level you are at. This is how we should prepare for every game. We have to give ourselves the best chance to win and we had a chance. We competed the right way.”

That’s also why after leading for the majority of the second half, this loss will sting so much for the Cyclones. As rare double-digit underdogs, Iowa State put in the work but still fell short of reaping the reward.

* Iowa State’s four-guard lineup continued to evolve against the longest team it will face season this season.

“I like our small lineup,” Prohm said. “Offensively we are moving the ball. The four guards has been good for us and obviously we are going to continue to look at that.”

Iowa State’s offense in transition was a thing of beauty and a 16-to-24 assist-to-field goal ratio was proof of that.

Deonte Burton struggled early in the game but seemed to snap out of his recent slump during the last 10 minutes. Burton ended the game going 5-of-13 with 11 points. Mitrou-Long led the way for the Cyclones with 17 on 7-of-11 shooting.

* As expected, Baylor dominated the glass 47-28. Still, the Bears only managed to score two second chance points in the second half.

* Despite getting into early four trouble, freshman Solomon Young was effective in his 12 minutes of action. Young stepped out and hit a three and scored five points during that brief time.

Iowa State’s end of game struggles continued. The Cyclones only scored two points in the final 5:30 of the game and did not score for the final 2:22.

“We needed to make one more play to win the game,” Prohm said. “Everyone will look at the last play but it was really more about the three or four possessions before to where you have to run offense and you have to make sure you are moving the ball and attacking.”

“There is no moral victory. We need these wins. These are wins that we need to squeeze out.”

That’s how Naz Mitrou-Long summed the loss up and he’s right. Iowa State should have won that game.

However as a 10-point underdog, losing this one didn’t really hurt the Cyclones. For a team without a trademark win yet this season, winning it would have gained them a ton though.

“This is sickening but the great thing, the challenge about this is, ‘Can you come back and compete the same way on Saturday?’ That’s going to be the biggest test,” Prohm said.

This was a missed opportunity.

Still, as painful of a loss as it was, it’s hard to not feel better about this team than before Wednesday night.