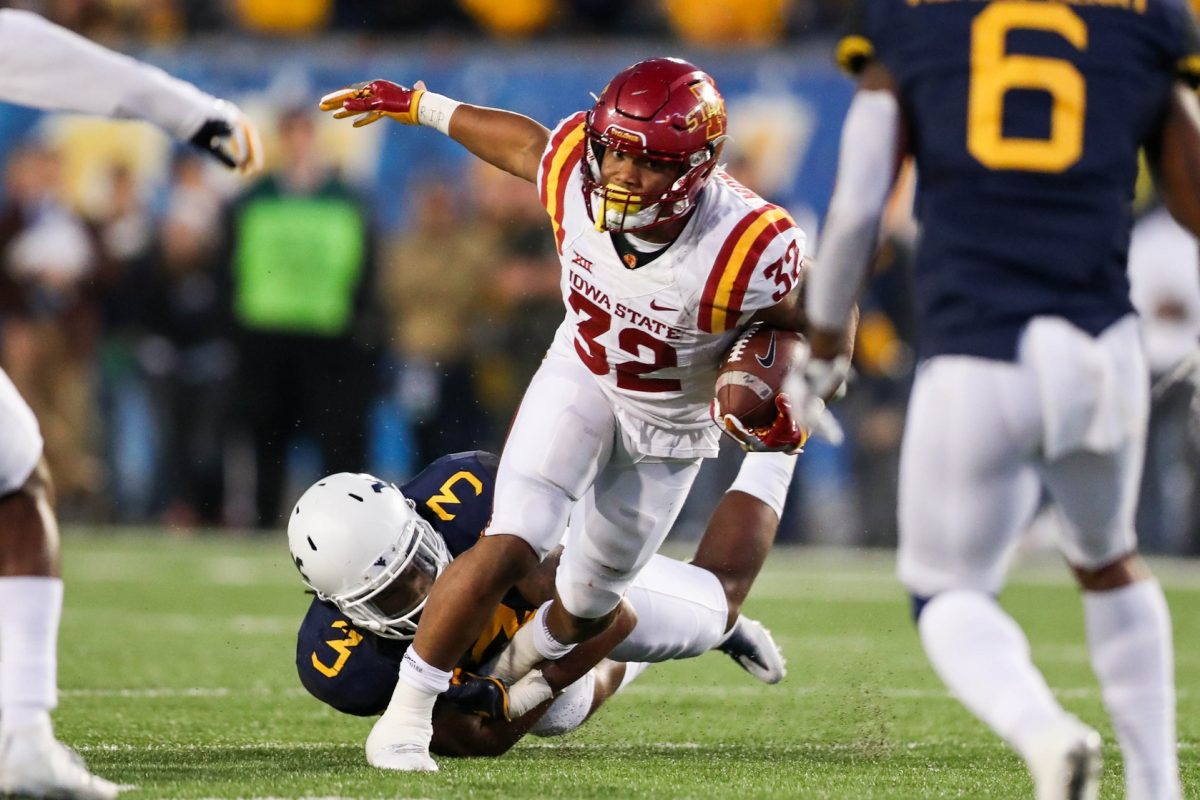 Iowa State running back David Montgomery has been named a first-team All-American by Pro Football Focus College Football. The sophomore finished the season as the highest-grading running back in the country.

Montgomery rushed for 1,095 yards and 11 touchdowns on 234 carries on his way to earning first-team All-Big 12 honors during his sophomore campaign. He also added 288 yards receiving on 35 receptions and was one of the nation’s best pass blocking running backs.