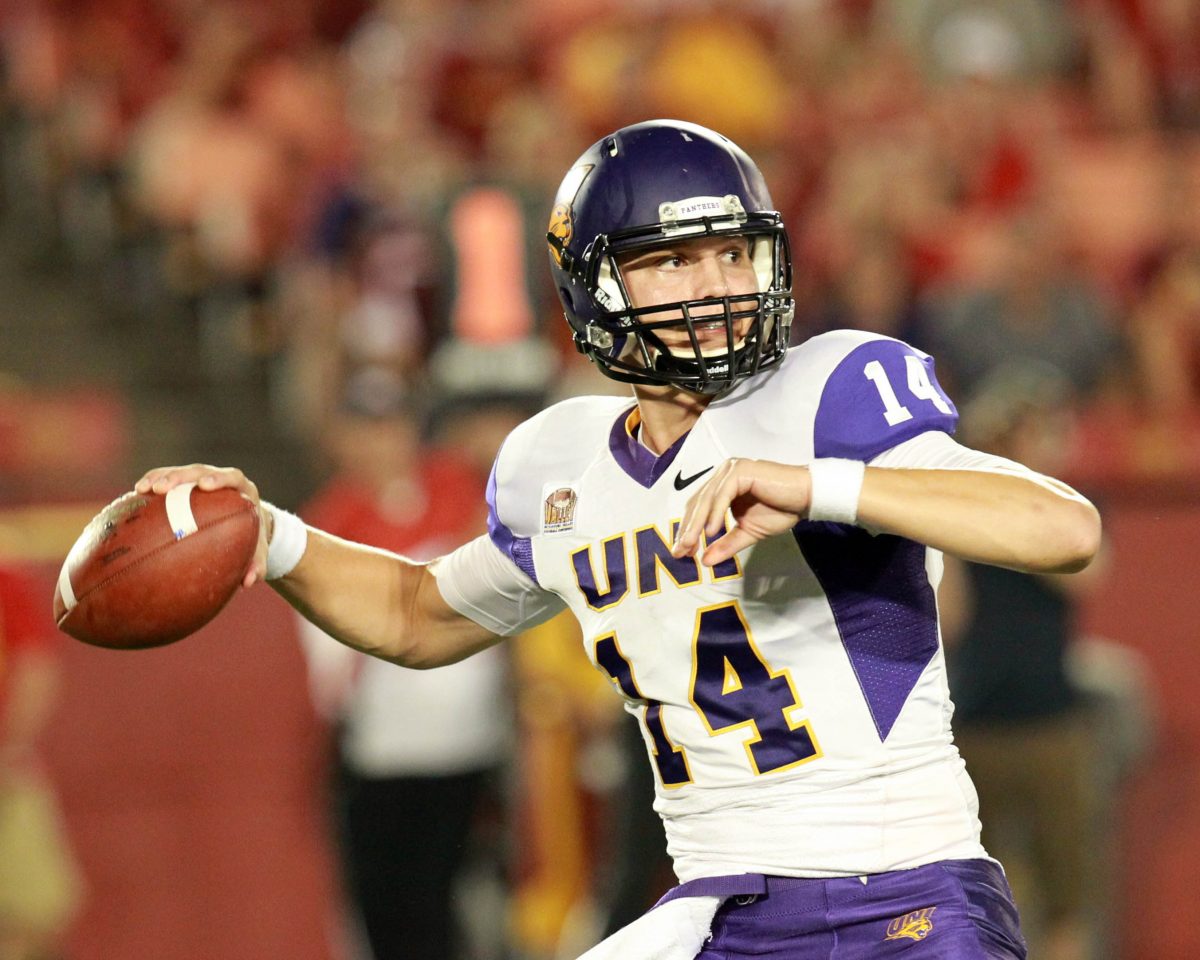 Analysis and predictions from all of our contributors for Iowa State’s 2017 season opener vs. UNI.

I think that Iowa State wins fairly comfortably but I still have concerns about the trenches. I’ve just seen too many UNI teams roll into Trice with undersized defensive lines that gave the Cyclones fits. Luckily, I do think that this UNI team won’t be as good on the ground as others that we’ve seen win games in Ames.

We will find out a bunch about Iowa State’s offensive and defensive lines in this contest. UNI brings back a bunch of dudes in their front seven that are Power five quality. It’s the weapons on the outside where Iowa State exposes the Panthers and Jacob Park has the arm to exploit that matchup. The Cyclone defense gets a couple turnovers to coast home.
THE PICK: Iowa State 30 UNI 17.

Northern Iowa held the Cyclones to just 51 yards rushing in last year’s game, but I don’t see that being the case this season. Iowa State’s offensive line is in a much better spot than they were a year ago, which will allow David Montgomery and Mike Warren to get loose on several occasions. Jacob Park has an efficient day throwing the football and Allen Lazard goes over 100-yard receiving for the seventh time and fourth game in a row. The defense slows the run while the secondary shows its potential with a pair of interceptions off of UNI QB Eli Dunne.

The Cyclones shot themselves in the foot — and probably each toe — multiple times during last season’s deflating 25-20 loss to the Panthers. ISU’s no longer simply trying to synch itself anymore, though, and talent abounds across all the skill positions. UNI typically performs well against the run, so I expect mild success from the running game, but big numbers from Jacob Park and his receiving targets, as well as a salty defensive effort.
THE PICK: Cyclones 38, Panthers 13

Lookin’ and Learnin’: What I am looking for and hope to learn Saturday

Points are going to happen for the Cyclones. There is too much talent and not a good way to defend it, especially when UNI is naturally going to be thinner in depth in the back seven than their upper-division foes due to lower scholarship numbers. The question arises in what the hell does the interior of ISU’s defense look like. They need a good, physical opponent to get in the groove with before Iowa’s really good rushing attack comes to town and that’s what UNI ALWAYS is. A fast start, nervous middle, and comfortable finish for the Cyclones in a 38-17 win.

I’ll again be using the CFB Analytics prediction machine for my picks, and for this game I think I agree with the prediction, sort of. Iowa State should have enough juice on offense to put up some points and enough defense to keep the Panthers at arms length. Last years loss was fueled by abysmal line play, dreadful penalties, and four turnovers yet Iowa State still had a chance to win. I think (read: hope) that will be cleaned up this year. In reality, our system doesn’t have team by team data for FCS teams because we don’t have that data so we use an average for FCS teams. UNI is anything but an average team over the years so it is likely that the score is a bit closer than our prediction.
THE PICK: Iowa State 44, UNI 17

Iowa State’s struggles against UNI in recent years make me a little hesitant, but I’m thinking they win pretty comfortably this time. David Montgomery rumbles to a 100+ yard game on the ground, the defense forces at least two turnovers, and Mark Farley goes to sleep longing for the days of David Johnson. Onto the team out east!
THE PICK: Iowa State 34, UNI 14

Iowa State toughs out yardage on the ground and exposes the mismatches on the edge. I look for Deshaunte Jones and Hakeem Butler to have big games as UNI will take their chances rolling coverage to Lazard. ISU faced better late last year and I expect carryover here. Iowa State’s defense will bend plenty, but I don’t expect it to break and UNI will be left trading touchdowns for field goals.
THE PICK: Iowa State 38, UNI 23