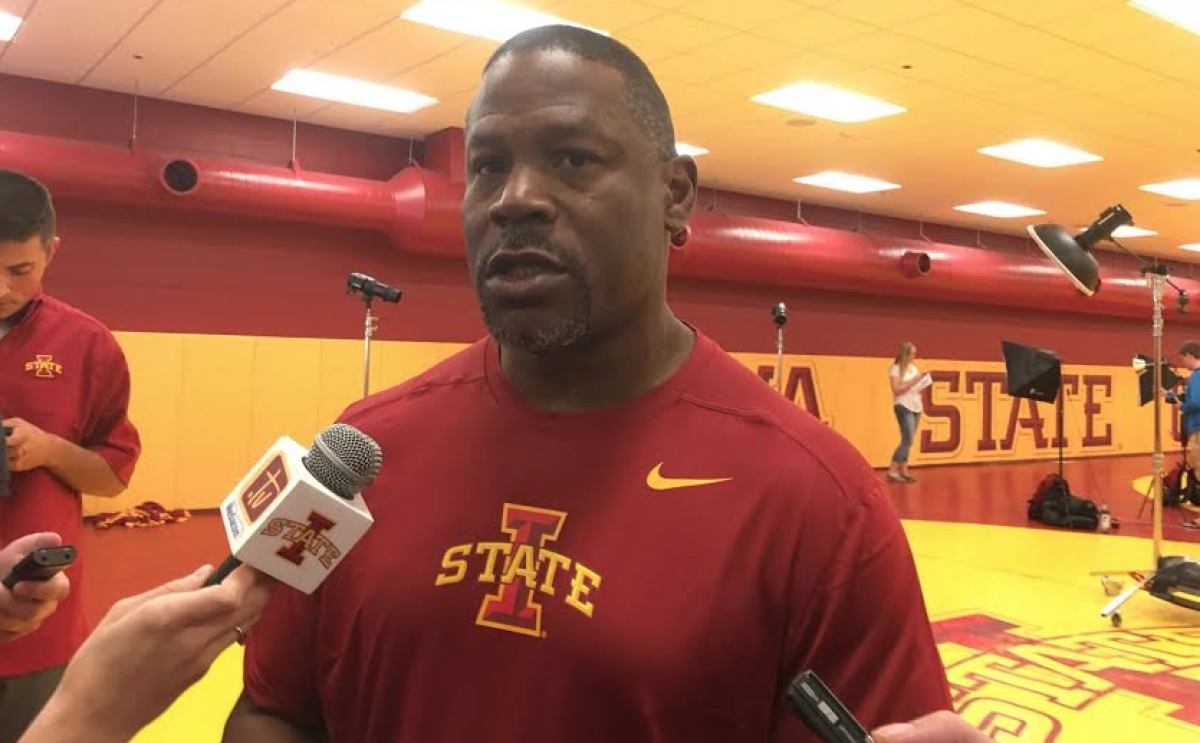 Had he heard from the NCAA about his extra year?

Hall lost his first year of eligibility in Ames after he spent time at the Olympic Training Center in Colorado Springs, Colo. where he competed in events that at the time were outside the World and Olympic Team qualifying structure. Last season would have been his last in the Cardinal and Gold, unless the school’s waiver to the NCAA went through.

On May 20, Jackson gave his 133-pounder the news: he got another season.

While Hall’s All-American talents are helpful, his contributions off the mat might be the most important.

“[Hall] solidifies our lineup,” Jackson said. “He is a fourth-year wrestler in our program. He hasn’t redshirted at all. Getting him back is really good for us.”

Hall enters the season with a strong chance to claim his first Big 12 title. He might even have a chance to claim a national championship. He made the finals of last year’s Big 12 Championships and took on Oklahoma’s Cody Brewer, one of the top wrestlers in the country.

The outcome was the same as the previous four battles against the two grappler. Hall came out on the losing end. However, Brewer has moved onto greener pastures and is now part of the Penn State wrestling club.

That leaves Hall as the hunted at 133-pounds in the conference.

If Hall wants to claim titles in his final year, he will have to figure out ways to maneuver his opponents when they wrestle with a hand on the mat, which has been Hall’s biggest weakness.

According to Hall, Iowa State fans will have to wait and see how he plans to attack that strategy this season because he doesn’t want his game plan to be leaked.

Cyclone fans will have to wait a tad bit longer to watch Hall than the other wrestlers because the NCAA is requiring him to sit out the first two meets (South Dakota State and North Dakota State) of the year.

Jackson said he believes that Iowa State’s lineup will be fine for those two outings because he has a strong belief in backups Nathan Boston and Markus Simmons’ abilities.

At the 2015 Big 12 Championships, Moreno dislocated his shoulder. That injury cost his chances at fully competing at the NCAA Championships. It also forced him to have surgery and cost him an entire offseason of training.

When Moreno got back to 100-percent, he performed admirably for the Cyclones compiling an 11-8 record while going 5-4 in dual competition. However, Moreno suffered another season-ending shoulder injury during a match against Oklahoma State’s Anthony Collica.

“I didn’t really know what to expect,” Moreno said. “It just kind of happened. My shoulder was feeling good up until that point. I was really scared.”

Due to the damage done to his shoulder, Moreno wasn’t able to participate in off-season lifting. And with that Moreno has decided to move down weight classes from 149 to 141, a move he is fully committed to.

Moreno doesn’t exactly know when he will return to the Cyclones’ lineup. The time will come when he is mentally and physically ready. If he can stay healthy for the entire 2016-17, Iowa State could have four potential All-Americans, as his father and brother were also All-Americans as Cyclones.

– Dane Pestano has moved from 184-pounds to 165-pounds, as he will take over the void that Tanner Weatherman has left. However, this will be Pestano’s lone season at this weight class because Jackson envisions him taking over the 174-pounder spot next season once Weatherspoon graduates.

– The weight classes of 149 and 157 seem to be the biggest questions marks for this Iowa State team. Jackson doesn’t exactly know who will start at those spots but it is looking like Chase Straw and John Meeks will compete for the 149-grappler position and Renaldo Rodriguez-Spencer and Colston DeBlasi will challenge for the 157 spot.

– Iowa State brought in the No. 3 recruiting class, according to Intermat. However, Cyclone fans shouldn’t get their hopes up to see any of the incoming freshman as Jackson expects to redshirt them all, if possible.

– Consistency is the name of the game for Weatherspoon this season. The defending 174-pound Big 12 champion started off slow last year however as the season progressed, so did he. If can compete at high-level from start to finish, Jackson believes another All-American season and possibly a national title will be in Weatherspoon’s future.