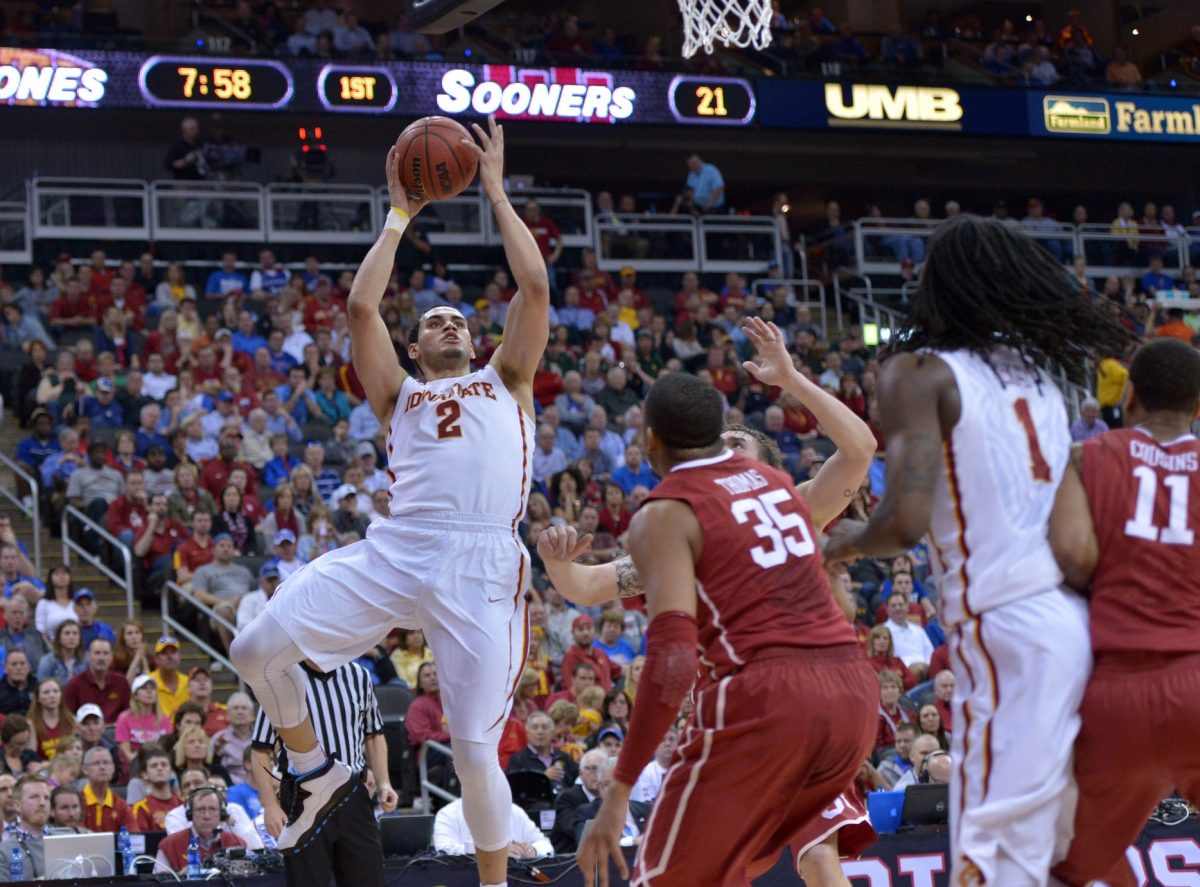 He said Nader fully bought in to the coaching change immediately. He also deepened his bond with teammates. “He’s been terrific,” Prohm summed up.

Kick that up a notch.

Nader simply starred down the stretch in Friday’s 68-62 season-opening win over plucky Colorado at a cardinal and gold-filled, 3,200-seat Sanford Pentagon. Georges Niang led the No. 7 Cyclones with 17 points and Naz Mitrou-Long added 13 points, while Monté Morris chipped in 12.

"We did a good job of rallying together and finishing the game," Nader said.

Especially him. The senior from Skokie, Ill. scored all 14 of his points in the second half. He poured in six of the final eight, including a pair of free throws with eight seconds left that ensured the Prohm era would begin with a grueling win.

“I just had to erase that first half,” said Nader, who missed all four of his shots before the break. “Had a bad one. Like I said, it was the first game of the season, I had to knock some rust off.”

So did the rest of the Cyclones. That’s understandable. Expected, even. ISU opened the season against a power-five school for the first time since Johnny Orr’s 1987-88 squad played Texas in its first game.

The key when playing the non-Southerns of the world is simply to persevere, which ISU managed to do despite letting Colorado knock down three 3-pointers in a row that slashed a 14-point lead to a five-point advantage with 11:55 remaining.

“That kind of hurt us,” Prohm said. “I think it was bad offense, quick shots, shot selection (that) led to bad defense and that’s what we need to clean up a little bit.”

Included in that sour span: two ISU missed layups, an errant free throw, and a turnover.

“It was ugly,” said Niang, a preseason first team All-American. “But a wise man always told me, ‘Don’t ever feel sorry for winning.’ That wise man happens to be coaching the Bulls so I’m going to take that one on this one. We’re still learning. Not too many teams play a Power 5 team their first game of the year and once that team, Colorado, finds their identity as a team, they’re going to be pretty darn good.”

Niang thrived in isolation situations, but even he missed a few easy buckets.

That’s rust. Maybe jitters, too. You find a way to “Win the day,” per Prohm’s aphorism — and the Cyclones did just that.

“We might not have beaten them as good as we wanted to or played our best, but it’s the first game” said reigning Big 12 Defensive Player of the Year Jameel McKay, who grabbed a game-high 10 rebounds. “New coach, new everything and we’re still getting adjusted.”

New Nader, too. And that’s one new and improved element everyone’s rightfully excited about.

“I’m probably as proud of him as anybody because he’s the one guy that doesn’t get a lot of accolades, but he was a real big difference in the game today.”

WHAT HAPPENED TO THE 3s?

In a word, relax. For now, anyway. The 10 3-point attempts for ISU were indeed lower than any single-game total in the five-season Fred Hoiberg era (11, three times). Still, Colorado made its top defensive goal stopping the Cyclones from deep. The result: Plenty of uncontested drives, just too many missed layups. Naz Mitrou-Long was the only ISU player to drain a 3-ball (he hit two).

“That will probably be the lowest,” Prohm said about the 10 attempts. “They really just stayed at home and that’s why we’ve got to be a little more patient, get a little bit more ball reversal. When we drove it from the top, you saw, second half, we started getting layups — and then we’d miss them. Monté (Morris) misses a wide open layup. (Nader) steps out of bounds. (Nader) misses a layup. Jameel misses a layup. So we’ll get that stuff cleaned up.”

“It took a little while to figure out what they were really doing,” he said. “They weren’t really gapping us much. They were really just giving us lanes to the hoop.”

Matt Thomas didn’t light it up shooting (2-for-7), but his hustle on both ends of the floor drew sharp praise from Niang — particularly when he saved his overshot outlet pass in the second half.

“That was a bad pass,” Niang admitted. “That wasn’t my best Tom Brady impression. You saw Jameel’s Aaron Rodgers’s impression right? That was a bad one. That guy, in practice we call him the ‘Bailout Guy’ because it seems like if we do something wrong, toss it to him and he makes something good happen. He had an unbelievable game really doing the little things. When his shot starts falling, when it rains it pours it seems like with that kid. He’s just going to run off 20 straight when he gets to. I think he was huge for us, especially on the defensive end getting stops and getting in the right positions and rebounding.”

“I think defense, but I think it’s experience,” Prohm said to explain the run. “It’s guys that are used to winning, it’s good players, it’s a lot of that. But I thought their defensive focus — while the offense wasn’t perfect and I knew it wasn’t going to probably be perfect today because this is our first time against a serious quality opponent, so it was going to have some rough spots. Now that we see that, we know kind of where to build.”

McKay hurt his knee late in the game, but said he’ll be fine eventually.

“I was running and I bumped it and one of the Colorado players kneed the top of it and it’s something that’s going to hurt,” McKay said. “Like right now I’m probably going to walk with a limp because my adrenaline stopped. I’ll feel it the next couple days but it won’t be anything that stops me.”

The Cyclones return to the court Monday at 7 p.m. when Chicago State visits Hilton Coliseum. The Cougars went 8-24 last season. The game will be broadcast on Cyclones.tv. 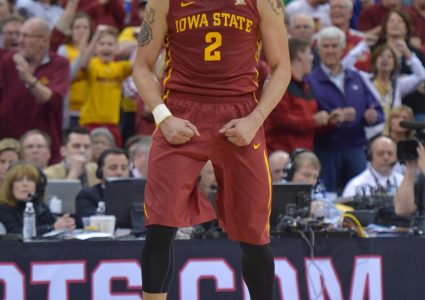