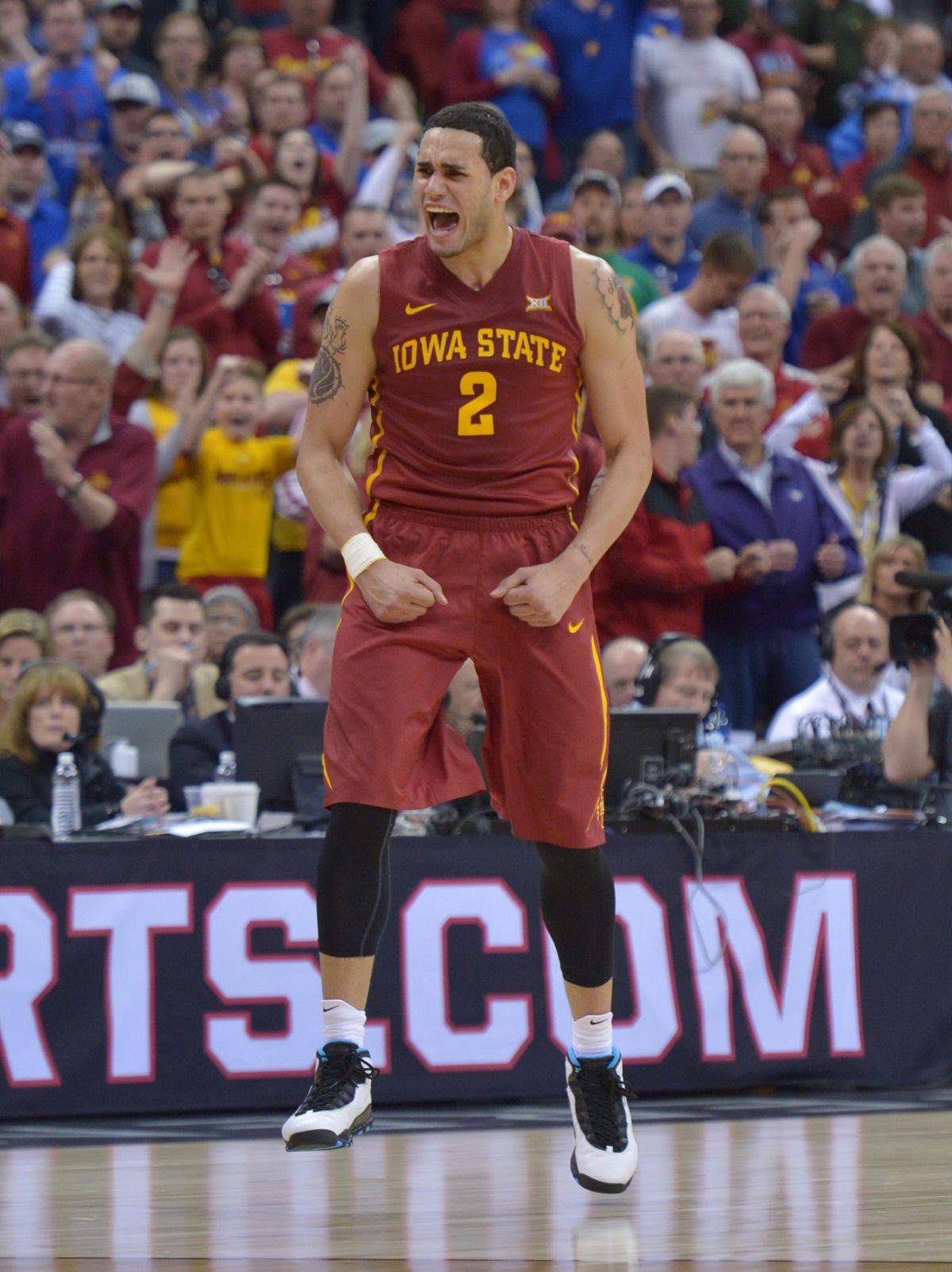 Amid the uncertainty of a sudden coaching change at Iowa State, the Skokie, Ill., native seriously considered loading up his class schedule, graduating and moving on to another school.

The versatile forward would have essentially become a free agent — a top-level graduate transfer the Cyclones so frequently attracted under former coach Fred Hoiberg.

“I met with Steve, had a great talk,” Nader said Thursday during media availability in advance of Monday’s matchup with Chattanooga. “At the end of the day I made the right decision.”

Nader’s been described as the No. 7 Cyclones’ most stringent defender through season-opening wins over Colorado and Chicago State. He’s also ISU’s leading scorer, averaging 15.5 points while pulling down 7.5 rebounds.

“He’s really our X-factor,” Fellow senior forward Georges Niang said. “Teams know about most of our guys and (Nader’s) like that hidden gem. We’ve known about him for a long time, but the thing about him is he’s been the most consistent guy we’ve had since coach Prohm has really gotten here. He just puts his hard hat on every day and rebounds, scores, defends. I think the biggest thing with him is he just wants to be the best defender  we have on this team and I think that speaks volumes to his character; that he’s just a winner and wants to win just as bad as any of us.”

Nader already had transferred in from Northern Illinois and sat out a season. Once he saw the court for the Cyclones in 2014-15, consistent minutes and production proved elusive. Nader soared for a season-high 19 points in early season wins over Iowa and West Virginia, but suffered through three scoreless outings while reaching double figures in scoring just twice over the final 20 games.

Now his role is clearly defined — and that’s as a starter. Prohm made it clear he’d be an important part of his plans during those frank and heartfelt conversations.

“We probably talked a couple times, two or three times,” Prohm said. “Not necessarily about staying or going, just about hey, here’s what I expect. Just getting to know each other. It was two or three or four, maybe four times. Went and saw his mom, but he’s been great, though. I couldn’t ask for anything more from him.”

The feeling’s mutual. Nader said the visit Prohm made to his mom and sister in Chicago went a long way toward helping him decide to stay put.

“That was big for me, showing that he would go out of his way to do that,” Nader said. “He didn’t have to do that. He’s a strong willed, strong faith guy. He’s easy to follow.”

Prohm said Nader’s brief bit of wavering has been replaced by a deep sense of resolve. He’s not going anywhere without the rest of the Cyclones.

“He said he was all in and he’s been all in,” Prohm said. “He’s done everything I’ve asked. “Really does his job every day. Defensively, offensively, he just lets things come to him.”

**** I asked Jameel McKay when we’re all going to see that 3-point shooting he was talking up in the offseason. He’s more concerned with what’s going on from 15 feet out, though.

Actually, McKay’s exaggerating his struggles at the stripe last season. He only missed his first six, just like this season. He said he’s good now. “Now that I’ve made the last one, I’m on track,” McKay noted.

**** Naz Mitrou-Long estimated that he undergoes roughly 2.5 hours of rehab work daily. Double hip surgery in the offseason necessitates it. Mitrou-Long also didn’t disagree with Prohm’s post-Colorado assessment that he was operating at about 75 percent of his capacity from a physical standpoint. He’s currently at 100 percent mentally.

“That’s what’s getting me through is just knowing I have to go to war and just do what I gotta do: shoot shots, make plays,” said Mitrou-Long, who is averaging 13.5 points through two games. “That’s kind of what was getting me through. My body doesn’t feel the greatest, but we rehabbed this morning already and we’re going to rehab after (practice) again and I’ll be back here at night in the cold tub, so I’m just plugging along.”