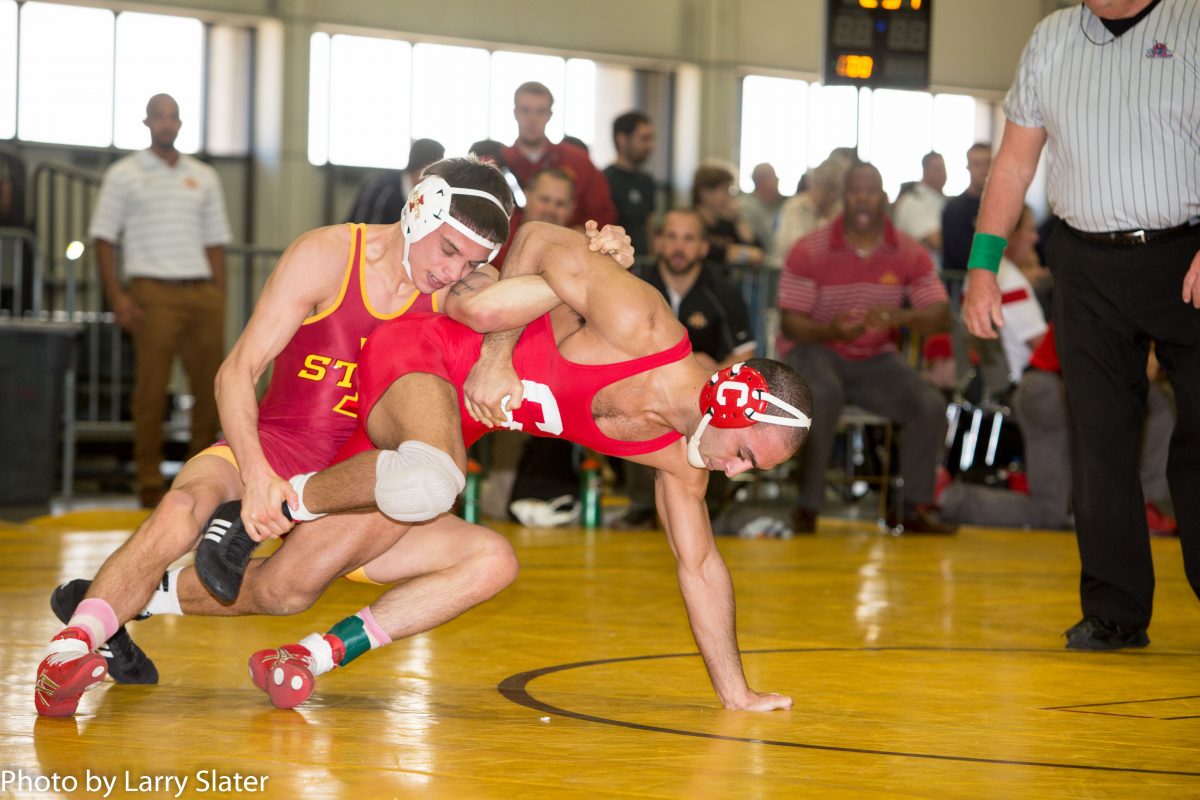 AMES — Beware of the underhook.

“It all starts with the hand fight,” said Moreno, who outperformed his No. 5 seed at last weekend’s prestigious Cliff Keen Las Vegas Invitational by taking third on the podium. “Instead of waiting to let someone else control the hand fight and feel them out, I want to go straight into my offense. I live and die off of the underhook, so if I can get into my underhook I can take down anybody. So its all about basically banging on their head, making them feel uncomfortable until I can slip my left arm in and go to work from there.”

Moreno’s own head is clearly in the right place as final exams loom and development takes center stage until another talent-laden tournament — the Southern Scuffle — unfolds Jan. 1-2 at Chattanooga, Tenn. The break, in terms of competition, comes at a propitious time for Moreno and the rest of the Cyclones.

“(It’s) an opportunity to really focus on our conditioning; to get back in the weight room and really hit it hard and get healthy,” ISU coach Kevin Jackson said.

Gadson’s triumph — which came after four losses to Schiller, with three coming at the NCAA Championships — allowed him to replace Schiller atop the InterMat rankings at 197.

“He’s just locked in,” Jackson said of Gadson, who pounced for a takedown just nine seconds into the Schiller bout. “He’s taken it to another level. The key for him is to stay locked in. I think we’re seeing the real Kyven Gadson out there. He’s aggressive, he’s a attacking, he’s scoring late, he’s scoring early, and he’s wrestling in every position. And I think we’ve been waiting for that for the last couple years. He’s won a lot of matches, but he hasn’t dominated like he’s dominating this year.”

Taking that type of step looms as the next challenge for Moreno, who lost 10 matches in a row late last season before stunning top-seed Colin Johnston of West Virginia in the Big 12 Championships and qualifying for his first NCAA Tournament.

Moreno said hard knocks absorbed from living room scraps with brother and teammate, Mike — a two-time all-American — helped form the foundation of toughness that saw him through last season’s struggles.

“It definitely brought an element of toughness where, if I can take him beating on me — someone who’s three years older than me and way bigger than me, then someone my own weight and age, I can take them,” Gabe Moreno said.

Mike Moreno, who also earned a third-place finish at Vegas, is ranked fourth at 165.

Gabe’s climbed to No. 15 in the rankings at 149, with his only loss this season at Iowa coming by one-point.