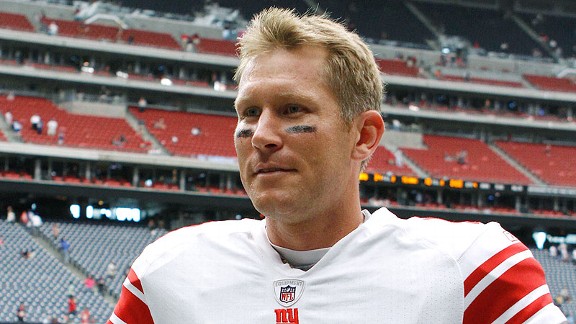 Sage Rosenfels has transitioned seamlessly from 12-year NFL quarterback to writer, commentator and co-founder of FootballByFootball.com.

If only all changes could go so smoothly.

Case in point: ISU’s offense entering Saturday’s 11 a.m. Big 12 game at Oklahoma State, which Rosenfels was kind enough to break down — along with a few other team-related topics — for CF this week.

CF: Despite the Cyclones’ hot and cold offense and youthful defense, is that incremental progress Paul Rhoads and Mark Mangino have noted showing up in your eyes, as well?

Rosenfels: I think that’s what everyone’s seen: progress. Despite getting beat pretty handily by Baylor (49-28) last week. I think a lot of people saw a lot of good things on the Iowa State football team they didn’t see week one and they didn’t really see in parts of the Kansas State game. I think this team has shown flashes that it can be a good football team; that it can play at a high level — playing right with Baylor for a quarter and a half and Kansas State right down to the end. They just need to be more consistent and less up and down. Execution is huge. I think the effort’s there from the players. But usually consistency comes down to execution.

CF: Does ISU QB Sam Richardson just need to hit on one of those deep balls he’s narrowly missed long on so he can relax and add to his confidence level?

Rosenfels: On some of those deeper balls, (injured receiver Quenton) Bundrage was probably his go-to threat all offseason and all of training camp. Now that he’s throwing balls to other guys, which he probably wasn’t quite as used to as big-play threats does take time to get used to. Throwing the deep ball — throwing a deep post or go-route is sort-of like shooting a 3-pointer. You can sort-of tell as it comes of your hand if you’re giving it too much. … So I think you’ve just got to connect on those things. At some point you’ve got to mix in big plays to loosen up a defense.

CF: Why has the running game struggled so much? Playing from behind early in three of four games? Other reasons? Is it time to become a pass-first offense?

Rosenfels: That definitely doesn’t help. Being behind doesn’t help you run the football, obviously, but if you decide you’re going to throw the football 55-65 times a game like some schools do, it puts a lot of pressure on your offensive line and it puts a lot of pressure on your quarterback because he gets beat up a lot more. A lot of times running the football, even though you want positive gains, you want five-, six-, seven-yard runs, just having ones and twos sometimes is OK because it keeps the defensive line honest, it keeps the linebackers honest. You don’t want to be dropping back all three downs every single time. So positive runs, like I said before, even ones and twos — it’s the negative ones where you lose two and three that can really hurt you. If you get those ones and twos the next thing you know you get a six or seven. So I think it’s important for Midwestern football teams to run the football well and it’s something we did really, really well when I was at Iowa State. That was one of the keys to our success.

CF: How much has Mangino made this offense better — even if it’s just scheme-wise at this point, since execution hasn’t been consistent?

Rosenfels: I think he’s been, track record or not, I think what they do is very very sound and I think he’s creative. I like the things that they do offensively. If I ran a college offense I’d do a lot of the similar things and I think he’s got a very good offensive mind. They players have just got to consistently execute better. I think we see flashes at times. We can see Sam Richardson’s a much better quarterback than he was last year and probably even two years ago and that’s a really big thing — you want your quarterback playing well. And I think right now Sam’s probably the best offensive player on that football team.

CF: How long has Oklahoma State been a difficult place to play? What will the Cyclones be facing Saturday in terms of quality of opponent — on the field and in the stands?

Rosenfels: It’s a tough place to play and they always have great athletes down there. It’s not very far if they’ve got to go down to Texas and those types of places and obviously they pretty much have an unlimited check book for great facilities and (to pay) coaches and things like that. So they always have really good athlete son that football team and I think for Iowa State to win they’re going to have to do something like create some turnovers — something they haven’t done a lot of this year. They’ve got to create turnovers and score touchdowns and not kick field goals.

Rosenfels: They’ve got a lot of, I think, solid receivers. I really do like what (Jarvis) West does in the slot. I think he’s the most explosive player offensively in a lot of ways. He’s the guy that most reminds me of J.J. Moses from when I played. A guy like that, you want to get the ball in his hands 10 or 12 times per game because good things happen. I do like the freshman Allen Lazard. I think he’s a talented kid for just being a freshman and not having all the years of strength and conditioning and football and all that type of stuff. I think he’s got a chance to be a really good player.

CF: You’ll be making your debut as an in-game commentator alongside CF’s Brent Blum for the Oct. 18 game between ISU and Texas (Cyclones.TV). How excited are you about that?

Rosenfels: This will be my first time; never done it before. I’m going to be in Des Moines this weekend and he and I are going to get together on Monday or something and maybe watch (the Oklahoma State) game or another Iowa State game and just sit next to each other and almost do the game ourselves. It’s something to do and it’s nice to have at least one (game) to practice, to talk through, so it’s like we’ve been there before a little bit.

Editor’s note: Sage Rosenfels, a native of Maquoketa, played quarterback for ISU from 1997-2000. He led the Cyclones to their first-ever bowl win — a 37-29 triumph over Pittsburgh in the 2000 Insight.com Bowl (now the Cactus Bowl) at Tempe, Ariz. Rosenfels also played for 12 seasons in the NFL, spending time with the Washington Redskins, Miami Dolphins, Houston Texans, New York Giants, and Minnesota Vikings. Rosenfels co-founded FootballByFootball.com and contributes regular columns to the popular website, which provides unique insight into the NFL by featuring the perspectives of former players. 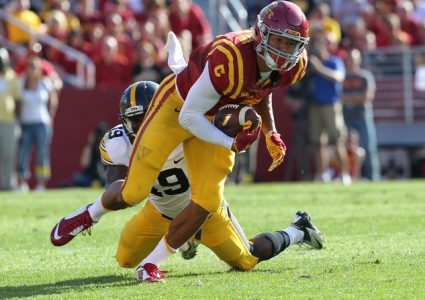