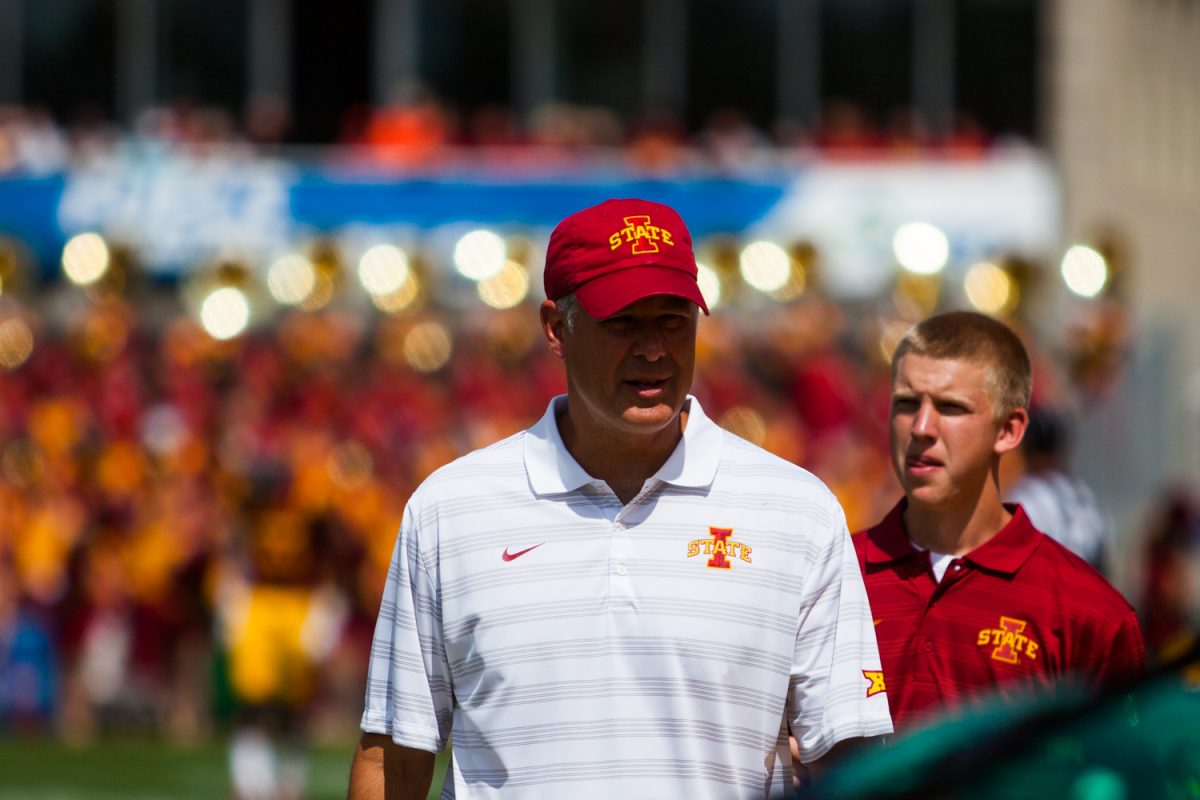 A special teams gaffe followed by a controversial call put Iowa State down 13-6 as the halftime horn sounded.

A devastating big play right after the break made the Cyclones’ deficit insurmountable.

"One’s a blunder with the kickoff return unit," coach Paul Rhoads said on the Cyclone Radio Network’s postgame locker room show. "The other is not executing as far as kickoff coverage to start the second half. But we overcame the blunder. We go out and take the field in a very tough situatio nand overcome the blunder with a great goal-line stand as time expires and pay for it."

The blunder occurred when DeVondrick Nealy and Aaron Wimberly both failed to field a pooch kickoff after Oklahoma State tied the score, 6-6, with 43 seconds left in the first half.

The Cowboys recovered and Desmond Roland scored a two-yard touchdown with no time remaining on a run that was initially ruled to be short of the end zone.

An official review ensued — and to the surprise of FS1 commentators Tim Brando and Brady Quinn, the call was reversed, putting Oklahoma State up 13-6.

Special teams issues also set the stage for the next big play, which came on the second half-opening kickoff.

They’d pull within 20-13 on E.J. Bibbs‘ magnificent 17-yard one-handed touchdown grab on third and nine with 10:40 left in the third quarter, but Oklahoma State responded by reeling off 17 straight points before Sam Richardson found Bibbs again for a seven-yard touchdown with 50 seconds left.

Richardson completed 17 of 39 passes for 200 yards and two touchdowns.

He also rushed for 34 yards, but didn’t lead the team in that category.

Oklahoma State gained 370 of its 400 yards in the last three quarters.

But defense, not offense, took center stage in the first quarter, which ended in a scoreless tie.

ISU cornerback Sam Richardson intercepted a Garman pass in that span, but the Cyclones couldn’t turn it into points.

The Cyclones (1-4, 0-3) finally put up a three-spot later, capping an ultimately disappointing 15-play, 44-yard drive with a 34-yard Netten field goal with 13:30 left in the first quarter.

The Cowboys found some offensive traction on their ensuing drive, but Garman tossed another interception to Nigel Tribune who thoroughly jumped the route, giving the Cyclones the ball at their own 32-yard line.

Richardson connected with Nealy on a 53-yard pass and catch, but ISU again settled for a 34-yard Netten field goal to lead 6-0.

The Cyclones’ defense limited Oklahoma State to a pair of short field goals in response — until the miscue on the kickoff, the controversial call, and the subsequent opening of the floodgates.

"A great plan by our defensive staff," Rhoads said on the postgame rado show. "About as good a 30 minutes you could play defensive against an offense like that."

"This team’s just hungry for a win right now," Miller said on the postgame radio show. 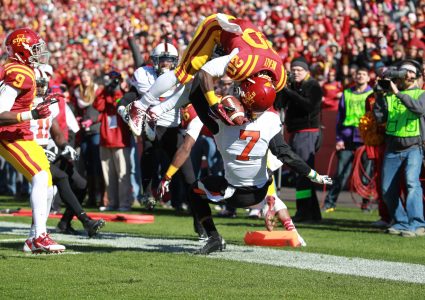 Oklahoma State roughs up the Cyclones 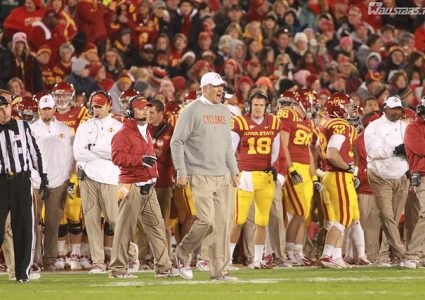