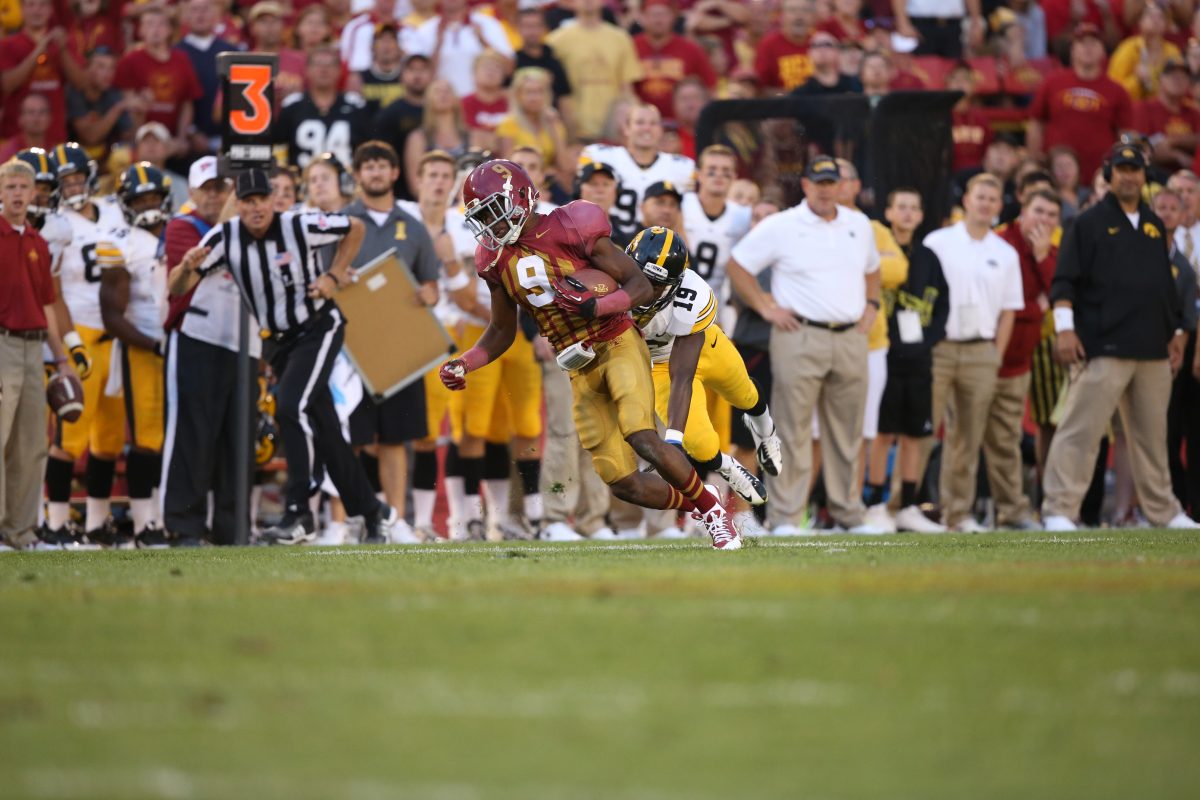 Pick a negative adjective and it probably sums up Iowa State football right now. On Saturday evening, the Cyclones were manhandled for the second-consecutive game, this time by Iowa, 27-21.

The Hawkeyes battered their rival for 218 yards rushing on a whopping 60 carries to secure it first victory in the Cy-Hawk game in their last three tries.

The loss dropped Iowa State to 0-2 and left the Cyclones with more question marks than a Dr. Seuss book.

Iowa State needs to start finding answers and fast. For the better part of 55 minutes, the Hawkeyes dominated the line of scrimmage and the game.

The Cyclones scored two late touchdowns to make the score respectable, but the outcome was won in the trenches and Iowa State couldn’t answer.

Does that lie on the shoulders of offensive coordinator Courtney Messingham?

"Effective play callers are usually a play or two ahead, and sometime series ahead,” Rhoads said. “It’s not meant to isolate anything on Courtney’s shoulders or specifically just directed at Courtney. It’s a matter of getting in a rhythm as a football team to help that play caller set things up.

“We did some effective things with the bubble pass, the quick passing game. Maybe we could have done those things more to ease those linebackers out of there and create some holes."

Is Messingham on the hot seat after only two games? No, but consider the next 10 as a tryout for the 2014 season.

Too often, the Cyclones have been predictable on offense and haven’t been able to find a tempo. That was against the Hawkeyes and Northern Iowa, two teams who aren’t exactly world-beaters.

"Myself as a play caller, there were a number of games where you feel behind,” Rhoads said. “You’re just sometimes trying to grab things. When you’re playing out of rhythm, that’s how things work out."

To be fair, Messingham was calling plays on Saturday with one arm tied behind his back. Quarterback Sam Richardson, normally a dangerous runner, was clearly hobbled. Add that to an Iowa State offensive line that was missing Tom Farniok – its best lineman – and played a third string center for a majority of the game after Jamison Lalk left with a knee injury.

“When you’re offense is based off a read-attack, where the quarterback has the ability to pull and run and your quarterback can’t pull and run, it really handcuffs the playbook,” running back Jeff Woody said.

Contrast that with what Iowa did. Mark Weisman toted the rock 35 times for 145 yards.

It’s time the Cyclones cut down the number of rushers and feed two running backs the majority of carries. Is it any surprise Richardson is injured after carrying the ball 21 times against the Panthers?

Find a feature back and pair him with Richardson and emerging wide out Quenton Bundrage. That will help Messingham develop a cadence with his offense.

Iowa State has 12 days to figure it out. The clock is ticking.