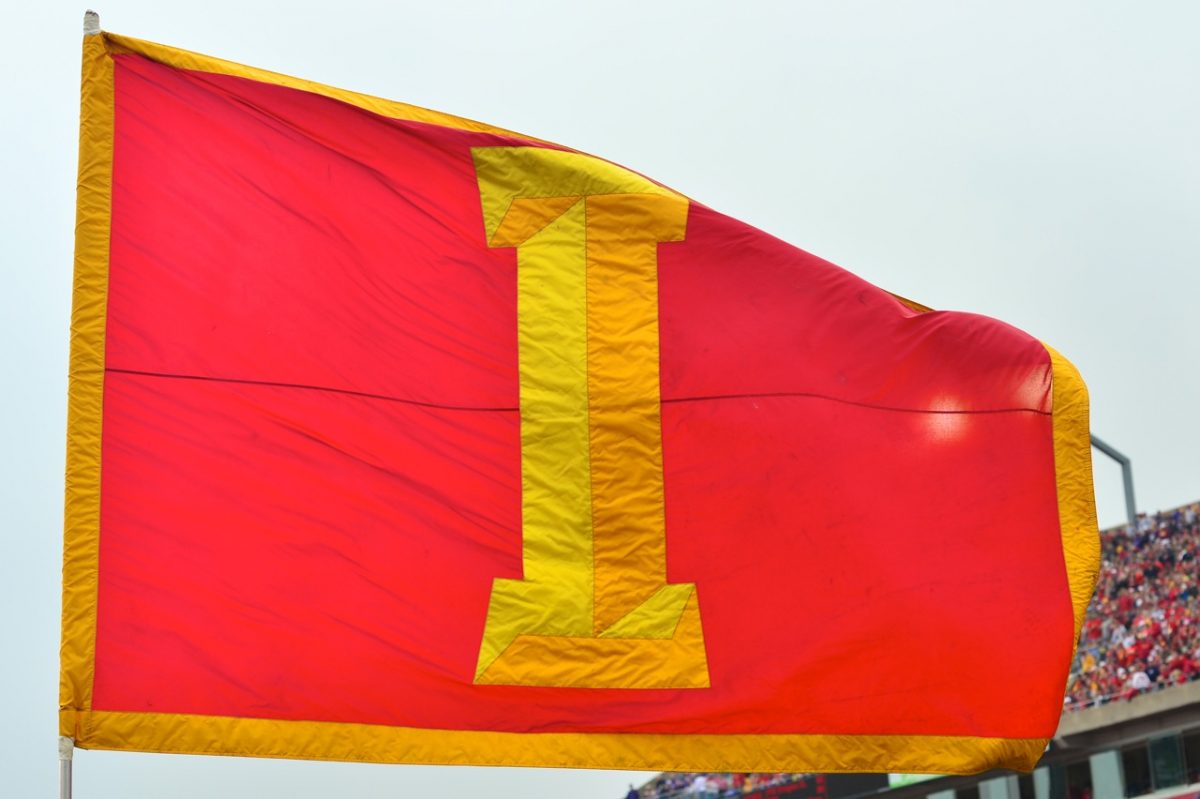 Iowa State’s football team didn’t show up for the 2012 Liberty Bowl but the fan base certainly did. An estimated 25 thousand Cyclone fans made the trek to Memphis and according to Iowa State’s athletic director Jamie Pollard, bowl officials were thrilled with the turnout.

“They were ecstatic one from the ticket sales but two, just unlike some other teams that go there that are closer and make it more of a day trip, the feedback that they were getting from vendors, from restaurants, our people just came in full force and spent money in their community,” Pollard told Cyclone Fanatic on Wednesday afternoon. “That helps the bowl folks sell the bowl to the city. It was a win-win.”

While the football team lost to Tulsa by a 31-17 final, from a fan traveling reputation standpoint, the trip overall was a big success for Iowa State, whose original goal was to sell 10 thousand tickets to the game. The final number of tickets sold through the university was near the 14 thousand mark. Compare that to an estimated 25 thousand sold by Kansas State, which will play in Wednesday night’s Fiesta Bowl, and future bowl games will have no choice to give a double-take to potentially selecting Iowa State above other Big 12 schools.

“Just the sheer number of people that were there was mind boggling but number two, the fun that people had,” said Pollard. “I enjoyed the whole week down there. Each day, more people kept rolling in and by two days before the game, it was just packed at night down on Beale St. The parade and pep rally were all cardinal and gold. What we did on game day by filling nearly half of the stadium just looked tremendous on the TV and on the field. It was a home run.”

When the Liberty Bowl selected Iowa State to play in this game, rumblings immediately began to be heard about a future bowl tie-in with the Big 12. After returning to Ames, Pollard said that is a very real possibility when the league’s current bow tie-ins expire after next season.

“It takes two sides,” said Pollard. “I think that the folks in Memphis would like it to be a Big 12/SEC match-up. Time will tell where we come out as a Big 12 athletics director group.”

Next year, the Big 12’s bowl tie-ins will remain the same. In 2014, things could look completely different.

“Whether some of the current ones stay or don’t stay is yet to be determined,” said Pollard.  We are certainly going to lobby for Memphis to be in the mix somehow, some way.”

Despite the loss, Memphis loved Iowa State fans over the course of the last week for more ways than one. Sure, the Cyclone Nation spent plenty of money down south but most importantly; Pollard heard very positive feedback regarding the character of Iowa State fans.

“The other thing that I heard from numerous people, from staff that were working whether if it was in food or I remember a guy at the tailgate deal that was helping clean up, people were very appreciated of how thoughtful and kind our people were. I think that speaks volumes.”