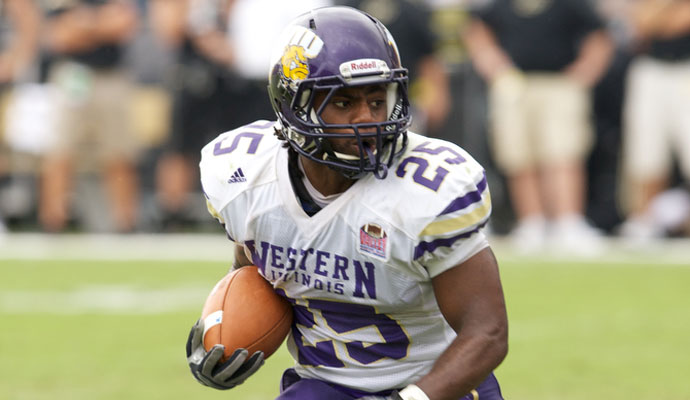 Hoping to rebound from a 2-9 rebuilding year and escape the bottom of the Missouri Valley Football Conference standings, the Leathernecks of Western Illinois have some holes to fill as they return 13 starters on offense and defense.

The brightest spot on the team’s roster is their pair of proven running backs. Once again, WIU will prominently feature the ground game and the big, bruising backs will have ample opportunity to improve on solid 2011 campaigns. Ray Caulton started seven games and finished with 600 yards on the ground and four touchdowns. His freshman counterpart, Nikko Watson, is a load to bring down at 6-foot, 240, and he rumbled for 485 yards and three scores en route to being named to the MVFC All-Newcomer team despite only appearing in four contests. The backs displayed impressive ball control as neither lost a fumble on the season. Fullback Larry Harris is a physical battering-ram who has demonstrated the ability to catch the ball out of the backfield as well as open holes for his backfield mates.

WIU wasn’t much of a threat through the air a year ago and as a result, the starting quarterback job will remain open for competition as the team enters fall practice. The incumbent is Josh Hudson, who managed only 12 touchdown passes against 11 interceptions in eight starts last fall. Hudson is also fairly mobile, picking up 138 yards with his legs. To remain the starter he’ll have to beat out one of last season’s co-captains, Wil Lunt. However, Lunt wasn’t any better when given the opportunity, as he completed only 19-of-38 passes with one interception and zero touchdowns in five appearances. The smart money is on Josh Hudson to retain his job.

Whoever wins the quarterback battle won’t have a lot of veteran help at wide receiver. With the loss of first team all-conference performer Terriun Crump, the Leatherneck receivers return one touchdown catch and just over 500 receiving yards as a unit. Charles Chestnut will be a key player for the Leathernecks, as he and Justin Morgan were the only two with significant roles a year ago. Both Chestnut and Morgan will need to improve their games by leaps and bounds. Behind those two the position is wide open, and it’s likely whoever develops the best rapport with the quarterbacks will fill out the depth chart. This is where Cody Reardon may have the advantage over his teammates following a switch from quarterback to wide receiver.

The top option at tight end is Mason Howington, who played in every game last season and was the backup tight end for the final six. Also back with experience is Alie Walker, a 6-foot-4, 265-pound senior who has rotated back and forth between tight end and the offensive line over the course of the past three seasons and will return to tight end for his final year. Neither Howington nor Walker recorded a catch in 2011.

The offensive line brings back the majority of its lineup. Jimmy Holtschlag (LG) is the headliner after earning honorable mention all-MVFC. Holtschlag, Andrew Robiskie (OC), and Sam Kachanuk (RT) all missed time in the spring with injuries but should be healthy and ready to start the season. The Leathernecks will need big improvements from that line as last year they surrendered 37 quarterback sacks and the return of Max Dancer could be a big help. Dancer sat out the 2011 season after starting 16 games during the 2009-10 seasons. Jamal Keaton, a massive redshirt sophomore, made two starts at left tackle and is the favorite to take over the position full-time. Nick Eversmeyer transferred to WIU last summer and after appearing in the final eight games of the season will serve as the main replacement.

In 2011, WIU gave up over 36 points per game, leading them to switch their defensive coordinator and alignment for this upcoming year. They’ll primarily run a 4-3 in a move designed to take advantage of a talented group of defensive linemen. Dwight Harris (26 consecutive starts) earned honorable mention honors in 2011 after a three-sack season while Ryan Demming made two sacks and five tackles for loss. Delectory Durley Jr. is no slouch at pressuring the passer either, and after recording a couple of sacks in the spring scrimmage he’s ready to wreak havoc in opposing backfields. Chip Holtschlag (DE) and Sean Sullivan (NT) were also noted for making big gains in the offseason.

The loss of multi-year starters Kevin Palermo and Mike Garoppolo leaves the Leathernecks thin at linebacker, where Theon Dixon is the leading returning tackler. Dixon is a downhill, attacking type of player who diagnoses opponents plays well, and those instincts allowed him to collect a team leading 13 tackles for loss and just under 80 tackles. Ethan Bachinski is the next most experienced returnee, although he recorded only 15 stops in seven games. Jamel Wilmore is the only other linebacker on the roster to have recorded a tackle last fall, and he made just one. Clearly, linebacker is a position where WIU is short on experience and perhaps as big an influence on the defense’s schematic changes as anything else.

After making just three of six field goal attempts (and none longer than 26 yards), Pat Smith will have to hold off a couple of newcomers to retain the starting role at kicker. Incoming freshman Nathan Knuffman, who will likely be his biggest competition, as Knuffman has demonstrated a strong and accurate leg. The other option is walk-on Sean Tidwell. As the only player with any punting experience Smith is likely to absorb the punting duties. Larry Patterson is a big loss on kickoff returns as he had the ability to change field position or even score himself, as evidenced by his one touchdown return. WIU will likely compensate for the loss with some combination of Trenton Heard, Tyler West, Antoine Ford, and Nikko Watson.

There’s no way around it – If Western Illinois is to better their record, they’ll have to improve one of the FCS’s worst defenses. Their red zone defense was especially atrocious, allowing opponents to score on 90 percent of appearances. Quarterback play is another huge issue, as the inability to pick up chunks of yardage through the air limited their explosiveness as well as their ability to consistently pick up conversions (36 percent on third down, 27 percent on fourth) and finish drives (scoring on only 62 percent of red zone possessions). Neither of these will be easy fixes, and with question marks on special teams WIU is likely looking at another sub .500 season. 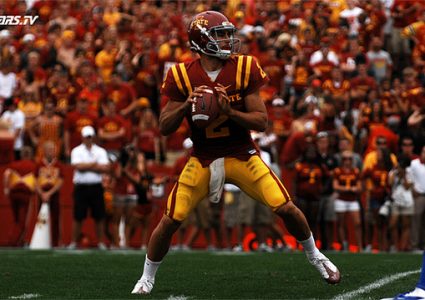