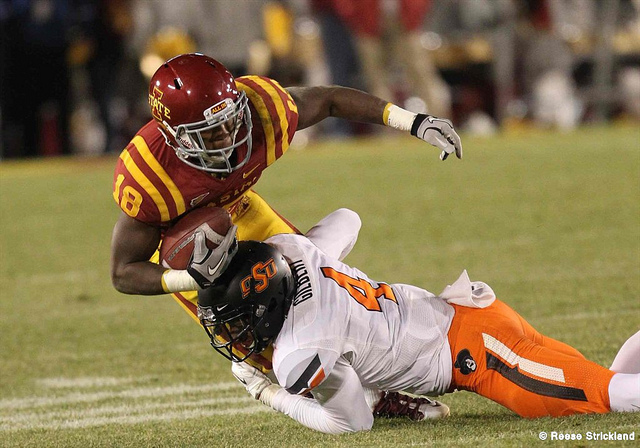 Coming off the best season in school history (12 wins and the school’s first BCS Bowl victory), Oklahoma State will have some growing pains as they plug in a few new pieces at key offensive positions in 2012. That will bring their dynamic offense back down to Earth, but a veteran defense will ensure that the team does not crash.

The biggest news out of spring practice was the emergence of quarterback Wes Lunt, an early-enrollee who has already been named the starter at quarterback. Lunt has great size at 6-foot-4, 211 pounds and has been pegged as the replacement for Brandon Weeden, a first round draft pick this past season. In the spring game, Lunt completed 15-of-23 passes with two touchdowns and zero interceptions.

Last season, Joseph Randle posted what might have been the quietest 24 touchdown season in history as the often-overlooked running back for what was an offensive juggernaut of a team. He also ran for over 1,200 yards and was fourth nationally in scoring. Randle is still just a junior, as is his backup Jeremy Smith who is a shorter, more compact back. Smith added nine scores on the ground and averaged over seven yards per carry. Randle and Smith form an excellent one-two punch in the backfield and the Cowboys like to get both athletes on the field at once, sometimes in their unique diamond formation.  Leading the way for the two will be senior Kye Staley, a second team all-conference fullback.

There’s a gigantic hole at receiver left by the departure of a couple of ultra-productive players, Justin Blackman and Josh Cooper. Tracy Moore, Isaiah Anderson and Hubert Anyiam look to ease the departure and will need to make big improvements to help their true freshman quarterback. The trio combined for exactly 100 catches with just over 1,300 yards receiving and 11 touchdowns last season. Anderson is one of the fastest players on the team and his speed can help turn short passes into big gains. Charlie Moore came out of nowhere to be the biggest contributor in the spring game, catching nine passes for 243 yards and three touchdowns.

Right guard Lane Taylor has started 36 straight games and his leadership will be needed to bring together a unit featuring three new starters. Parker Graham started five games at right tackle, including the Fiesta Bowl. Michael Bowie made a few spot starts last year at left tackle and will be expected to keep Lunt upright this year. Evan Epstein played in five games last year and is the leader at center. Travis Cross is coming off of a redshirt year and has the potential to be a good player up front. Jonathan Rush started all of 2010 at guard and three games in 2011 before being injured and he will return to the starting lineup this coming year.

With eight starters returning, the OSU defense will have a lot of familiar names on the field this coming season. Last year, they led the nation with 44 forced turnovers and were tops in the Big 12 in red zone defense. One of the top returners is Brodrick Brown, an All-Big 12 cornerback with great ball skills. His running mate is Justin Gilbert, a good corner and even better return man, who led the conference and was 12thnationally in kickoff return average. He also has four career kickoff return touchdowns. Brown and Gilbert tied for second in the conference with five interceptions apiece. Brown added 15 pass break ups while Gilbert had 10. Accompanying those two in the secondary is safety Daytawion Lowe, who led the team and was third in the conference in tackles. The big hitting Lowe also forced three fumbles. The final safety position is down to Lavocheya Cooper and Shamiel Gary.  The coaches are high on the potential of Cooper, a rising junior, who missed much of last season due to injury. Gary sat out last year after transferring in from Wyoming, where he was a freshman All-American in 2009 with 98 tackles and three interceptions.

Last season’s three starters at linebacker – Shaun Lewis, Alex Elkins, and Caleb Lavey – all return. Elkins was the leading tackler of the bunch with 90 and he added five tackles for loss and two fumble recoveries. Lavey was third on the team with 74 tackles. Lewis was third on the team with 9.5 tackles for loss, had two interceptions, and has started 19 straight games at outside linebacker.

The biggest weakness of the Cowboys’ defense will be the line play as they only return one starter, Nigel Nicholas. Nicholas has played both tackle and end and last year made 10 tackles for loss, tops on the team. Anthony Rogers made nine starts at tackle and Christian Littlehead put in four starts. Defensive end Cooper Bassett has been a rotation guy the past couple of years, recording seven tackles for loss and three sacks in that time, and he will should move into a starting role for his senior year. Ryan Robinson will likely start at end and James Castleman will add depth. End Tyler Johnson had the biggest spring game of any D-lineman, recording two tackles for loss and a sack.

Quinn Sharp has been a standout special team’s player for Oklahoma State as he is one of the nation’s best at kicking and punting. On field goals he went 22-for-25, his punts traveled an average of 46 yards with over a quarter of them landing inside the opponents’ 25 yard-line and he has led the country in touchbacks on kickoffs each of the past three years.

Oklahoma State has scored its way to the top half of the Big 12 over the past few seasons but it’s unrealistic to expect the offense to be as productive and explosive as it was a year ago when they finished second nationally in points per game (48.7). This year, the Cowboys will rely on the defense more than they have in the past to help maintain that lofty status. The key pieces are there on the back end, as Brown and Gilbert are ball-magnets at cornerback and the rest of the defense has proven to be opportunistic. The Cowboys are going to take a step back this year but with improved play from the defense and consistency from the freshman Lunt, they will stay a top tier team in the conference. 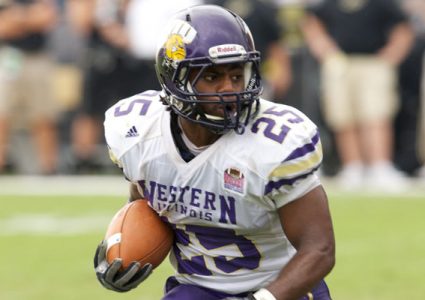