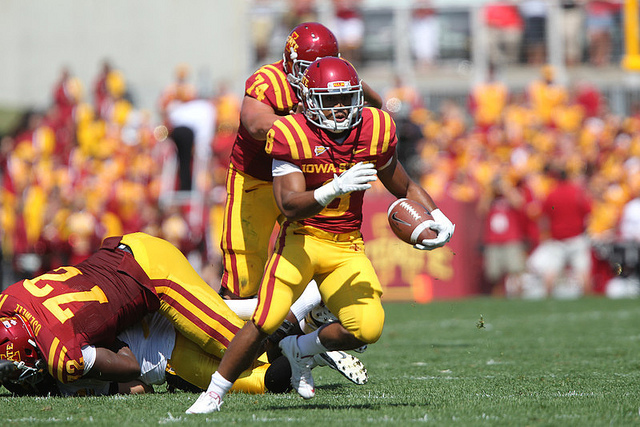 The past weekend in Iowa State athletics was an underwhelming one.

I expected to write this week’s Monday Musings coming off of a 20-plus point win over Kansas in football and a nasty exhibition beat down of Grand Valley State in hoops.

Neither happened but as you all know, things could have been a lot worse.

I’ll elaborate on both of those contests and more in this week’s musings. Enjoy.

— The future of Iowa State’s offense excites me. Jack Whitver and I touched on this during Saturday’s postgame radio show. Think about the offense that Iowa State put out on the field against Kansas. Compare that to what you saw at the beginning of the season…

We haven’t seen the rewards of it yet, but I won’t be surprised if Iowa State’s will start to benefit from its dedication to heavily recruiting the offensive line and running back positions starting next season.

Then, there’s the offensive line. With Brayden Burris missing six weeks this season due to broken leg, Carter Bykowski and Kyle Lichtenberg have gained valuable experience and done a pretty decent job in filling in. With Ethan Tuftee’s recent injuries, Jacob Gannon has been thrown into a position that he probably isn’t ready for yet but still, Iowa State is 2-0 with Gannon at guard. He’s taking his lumps now, but it’s encouraging for the next couple of years.

As for the passing game, I think that we saw on Saturday that Iowa State’s wide receiver play will only get better with time. This will be an entirely different group in 2012 and think that we haven’t even gotten a glimpse of Quenton Bundrage, Tac Ecby or Ja’Quarius Daniels yet.

— After watching the tape of Saturday’s game, I really feel like Iowa State missed Shontrelle Johnson quite a bit vs. the Jayhawks. That’s not to take anything away from the other three running backs. It’s just that Johnson is a more violent runner than White. I feel like there were three or four occasions where Johnson could have gotten some valuable, tough yardage when White wasn’t able to do so.

— I don’t feel like Saturday’s 13-10 win over Kansas was a hangover at all from the Texas Tech win. I just think that the Cyclones took Kansas’ best shot. Add to it that the Cyclones were turnover prone once again and bam, you’ve got yourself a ball game. That’s life in the Big 12.

He thinks things out. He’s honest. He’s well-spoken. Woody is without question one of the best interviews on Iowa State’s roster.

— Where will Iowa State’s sixth win come from? I think I’ve been asked this question 47 times in the last 48 hours.

I think that the Cyclones have just as good of a shot to knock off Oklahoma State on a freezing cold, November Friday night in Ames as they do going to Manhattan and beating Bill Snyder’s Wildcats.

My logic? Oklahoma State has to slip up at some point right? Just hope that it isn’t next week at Texas Tech. I’ll be pulling for the Cowboys in that game in hopes that the Cyclones can spoil OSU’s national title hopes before Bedlam on Dec. 3.

But it might have been the best thing that could have happened as far as fan expectations go though. I think that Sunday’s performance proved that this team has a heck of a long ways to go before NCAA Tournament talk will become legit.

Good news? That’s that the Big 12 is a bit of a mess heading into this season. The teams with good players have new coaches. The experienced/elite coaches have new players.

More good news? Iowa State isn’t the only team in America who struggled in a recent exhibition game.

Drake lost Saturday’s contest to Quincy. To be fair, the Bulldogs only suited up five scholarship players.

The University of Iowa was less than spectacular in a 79-59 victory over Northwest Missouri State.

The point is to not overreact to what you saw on Sunday. Good teams struggle in exhibitions all of the time.

For a division two school like Grand Valley State, a road trip to Ames is a massive opportunity that is easy to get up for. Having said that, I find it troubling that a group of guys who haven’t played a game in over a year couldn’t get a little more jacked up about taking the Hilton Coliseum floor for the first time.

— Brent Blum and I are going to record our season preview podcast on Tuesday night. Call me crazy, but I’m going to pick Baylor to win the Big 12. Kansas just doesn’t have the horses this year. I don’t trust Frank Haith at Missouri. If Mike Anderson was still the coach in Columbia, that’d be my pick. Something doesn’t get me excited about Texas A&M.

The Bears are clearly the most talented team in the league and because of the questions that everybody else has, that will be enough to overcome Scott Drew’s ability as a coach.

— I won’t be surprised if Tyrus McGee ends up having a larger role on this team than many fans are expecting right now. I see him as that high-energy sixth-man who will be a fan favorite by the time Big 12 play roles around. I’ve heard that maybe more than anybody else on the roster, McGee brings it every day in practice and that’s what he showed on Sunday as well.

— Just a reminder here that Wednesday is day one of college basketball’s early signing period. Don’t expect any sort of surprises when it comes to Iowa State. 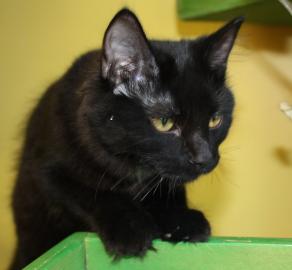 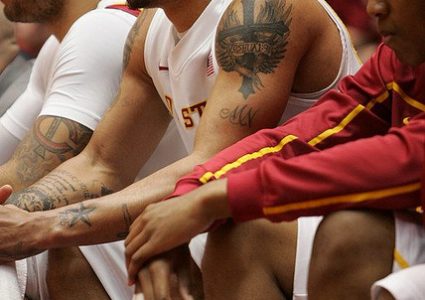