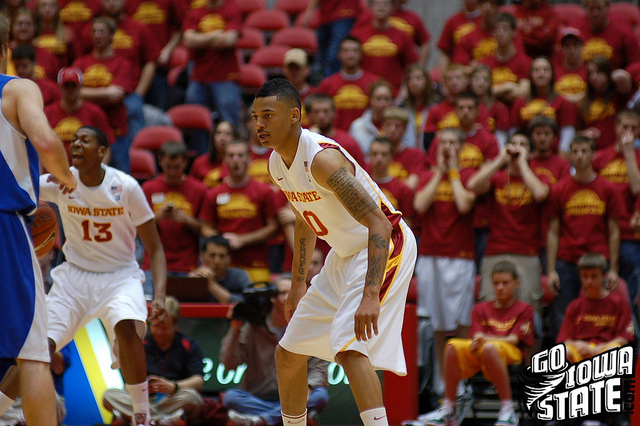 Iowa State’s next two basketball games could go a long way in developing depth for the rest of the season. To make things simple, Dartmouth and Chicago State are bad basketball teams. After Iowa State’s 65-54 win over Texas Southern last Sunday, Fred Hoiberg stressed the importance of finding some guys outside of the starting five who he can trust. From where I sit, it appears to me that Hoiberg is comfortable going six deep, with Calvin Godfrey being the one guy off of the bench. But guys like DeMarcus Phillips, Jordan Railey (who has made significant strides) and Bubu Palo have yet to prove themselves through 11 games. It has been tough for those guys to do so. With Iowa State’s lack of depth, Diante Garrett, Scott Christopherson and Jake Anderson have been forced to play 35 minutes or more per game. With that mileage being logged onto their legs, practices have been much shorter than normal in Ames.

If Iowa State gets a big lead against the Big Green or Chicago State, expect Hoiberg to do some searching outside of his starting five.

BREAKING DOWN THE BIG GREEN

Dartmouth is a balanced basketball team but in this specific case, that’s not a good thing.

The Big Green’s leading scorer is junior guard Jabari Trotter, who is averaging 10.9 points per game. Trotter is a dangerous 3-point shooter, as he’s gone 16-of-33 (48.5 percent) from behind the arc this season. Trotter is the only Dartmouth player to average in double-figures over their first nine games of the season. Next up is likely the team’s best overall player in David Rufful, who’s averaging 9.2 points and 6.2 rebounds per contest.

Keep an eye on the name Kirk Crecco. He came off of the bench to score 19 points in Dartmouth’s Tuesday night loss to St. Francis.

Dartmouth was the preseason pick to finish last in the Ivy League. Athlon’s annual picked them to only win five games all season.

–       There’s a pretty good chance that Diante Garrett will make some history on Sunday. Garrett currently has 990 career points. Add 10 to the mix and he’ll be the 28th member of Iowa State’s 1,000-point club.

–       When you take a minute to look at the numbers, Iowa State’s shooting output has really been unbelievable through 11 games. The Cyclones have outshot 10 of their 11 opponents this season. Iowa State has shot 40 percent or above from beyond the arc in five games. The Cyclones are averaging 8.8 3-pointers made per game, which leads the Big 12 and ranks 18th nationally.

–       This will be the first time ever that Iowa State and Dartmouth will meet. The Cyclones are 3-1 all-time vs. Ivy League schools. That one loss occurred back in 2001 at the Las Vegas Invitational to Pennsylvania (84-77).

Dartmouth doesn’t have the personnel to do it, but they try to run. If they attempt that style of play against the Cyclones on Sunday, this one could get ugly in a hurry. Finals are over. The Cyclones have fresh legs. This one will be a rout. 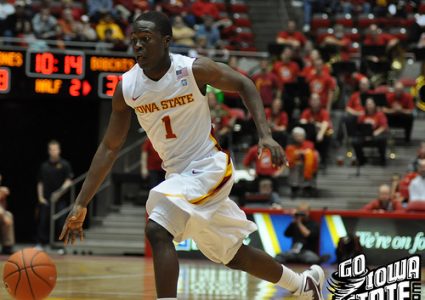