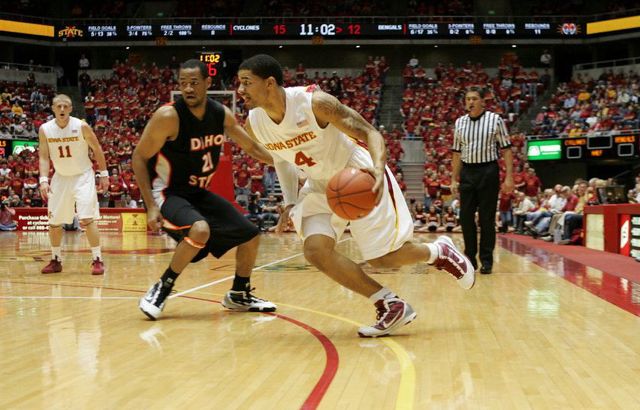 There are a lot of unknowns currently surrounding the Iowa State men’s basketball program.

There is one thing that we actually know for sure though. Fred Hoiberg’s inaugural Cyclone basketball team is going to be extremely undermanned.

Yesterday, an Iowa State press released announced that Charles Boozer would be transferring after a run in with the law this past weekend. That leaves Iowa State with only five scholarship players on campus at this point in time.

Unless you’re logging onto this website for the first time in about a year, I’m sure you’ve heard the rumors about Oliver not being on the roster next season. That still hasn’t be confirmed by Iowa State.

Iowa State has already signed four prospects in the class of 2010: Melvin Ejim, Jordan Railey, DeMarcus Phillips and Eric McKnight. Minnesota big man Calvin Godfrey has verbally committed to the Cyclones but still has not signed.

Let’s just say that Godfrey does end up signing and Oliver isn’t on the roster. That puts Iowa State’s scholarship count at nine heading into the summer months.

Also, remember that former Ames High standout Bubu Palo is on the roster as a walk-on. With the current roster situation, it is hard to imagine Palo not seeing some playing time next season.

With the lack of 2010 recruiting activity over the past few days, it appears that the Hoiberg staff is going to focus on stocking the cupboard in 2011 and beyond. I can’t say that I blame them. It is May 4. I don’t see a lot of point in signing guys just to sign them.

Uthoff has reportedly already visited Iowa State, Creighton and Northern Iowa. Uthoff will be playing AAU ball with the Iowa Barnstormers this summer.

Blythe takes out a waitress

Have you seen former Cyclone Todd Blythe take out a waitress in a recent Arena Football League game?

It’s good to see Iowa State’s all-time leading receiver back in headlines. I’m not sure if this is the best way to get back in the mix. But still, it was good to see Todd again if you get my drift.

Ubben ranking Kansas State sixth really surprised me. What do you think?

Four Big 12 teams are included in these rankings, including Texas at four, Nebraska at seven, Oklahoma at 12 and Texas A&M at 25. Schlabach notably has the Iowa Hawkeyes at number 11.

Four of Iowa State’s games next season will be against top 12 teams, with three of them being on the road.