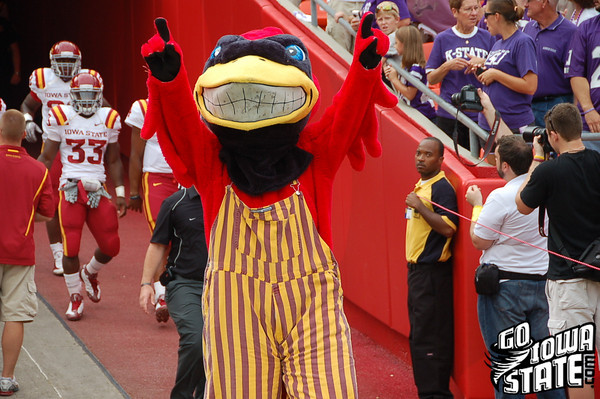 LOCKETT: Sources are telling me that Arizona State Trent Lockett is currently on his official visit to Iowa State. Lockett arrived in Ames late last night. We’ll keep you updated on any/all details as this story progresses. Having said that, I do not expect Lockett to make any sort of decision until next week at the earliest.

According to THIS REPORT, Lockett is no longer considering Gonzaga. It’s officially down to Iowa State and Marquette.

UTHOFF/CREIGHTON: Wisconsin transfer Jarrod Uthoff took an official visit to Creighton on Monday. CLICK HERE to visit the Omaha World Herald for an update on how that went. Uthoff will be in Ames for an official visit next week.

"I plan to take my time on this," Uthoff told the paper. "I have to get it right."

"If Royce White returned, this would be a top 20 team. Korie Lucious should be a plus," said Vitale.

MORE LOVE: The national media LOVES Fred Hoiberg. "The Mayor" was given props by both Sports Illustrated and ESPN on Wednesday.

— SI.com’s Luke Winn labeled Hoiberg as his "After Timeout Efficiency King" for the 2011-12 season.

— ESPN.com’s Eamonn Brennan piggybacked the SI article with this blog.

DRAFT STUFF: Former Cyclone tackle Kelechi Osemele has a chance to be taken in the first round of tonight’s NFL Draft. CLICK HERE for a preview from Randy Peterson of the Des Moines Register.

And then there’s cornerback Leonard Johnson, who is expected to be a mid to late round choice in the draft.

We’ll keep you updated on the Cyclones and the NFL Draft all weekend long at CycloneFanatic.com.

KXNO: Just a heads up that I’ll be co-hosting the Miller & Brinson Show on 1460 KXNO this afternoon with Joe Quinn from 4-6. Brinson is off covering the draft in some far away land. Miller is horse racing I believe. We’ll probably talk a lot of NFL Draft. I’m going to try to get Osemele or Johnson on the air with us at some point as well.

— A look at the challenges facing TCU with its transition to the Big 12. — ESPN.com – David Ubben

— College football’s "postseason" is in for some changes. — SI.com – Andy Staples