All FB coaching rumors and speculation

JM4CY said:
So THATs why my shirt like this went out of style… 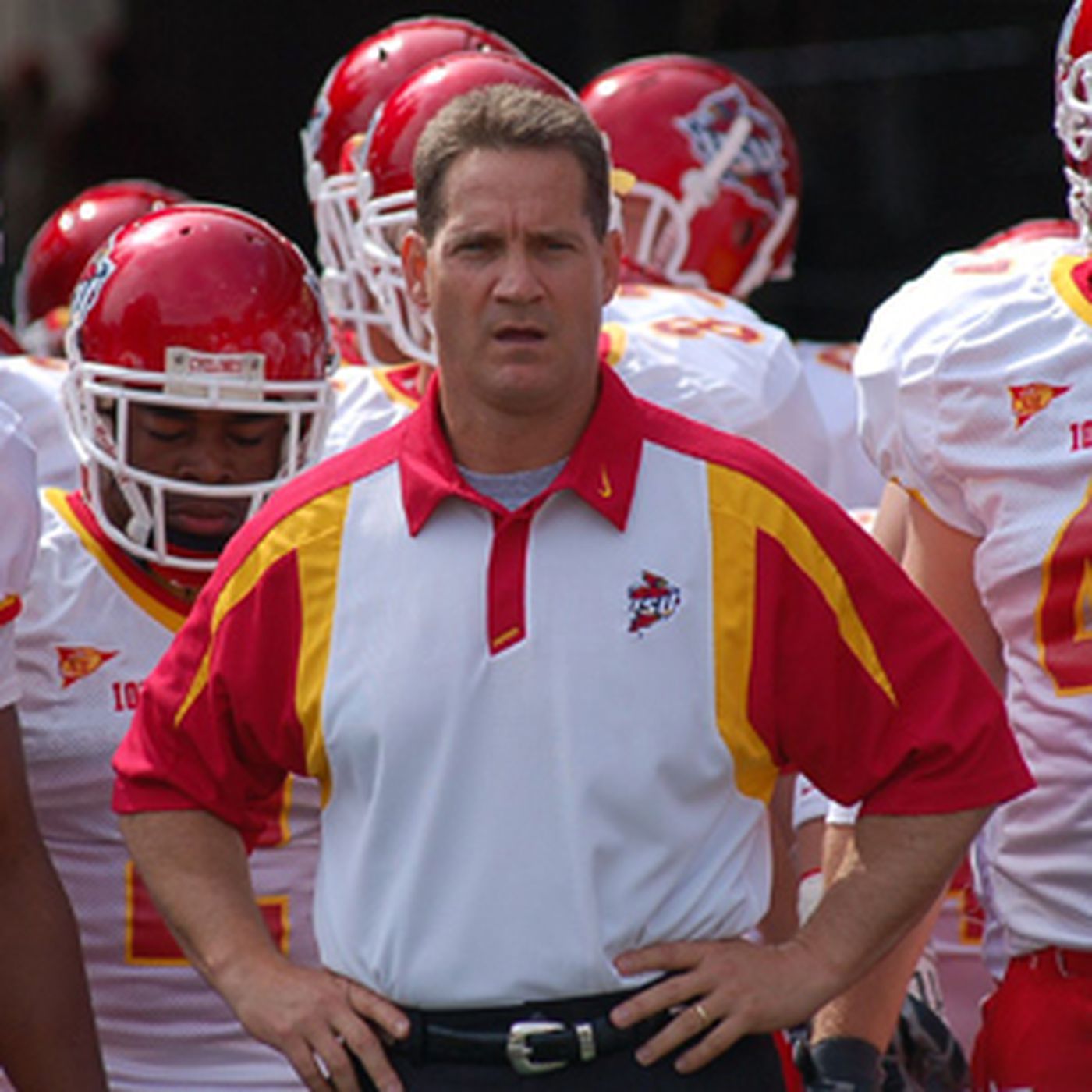 That dude won a national championship.
Reactions: quasistellar and aauummm

JM4CY said:
Everyone scrolling through CF then seeing this thread.

Beach_Tornado said:
Have heard rumblings that Campbell is leaving ISU after this year and is interested in the UW and USC jobs. Hope it’s not the case, but I have noticed he’s seemed less passionate on the sidelines this year than in prior years
Click to expand...

You're right. He seems way less passionate on the sidelines this year.

So clearly he has style
C

great headline for the recruits to read. Good one hawk.
Reactions: Cyclones1969, StPaulCyclone and aauummm
N

That was sort of disturbing, but like a good wreck I just couldn't look away.
Reactions: GTO

mtowncyclone13 said:
Campbell is leaving isu. I have it on 100% good authority it is happening.

Mark Campbell is out as the strength and conditioning coach at Idaho State University.
Click to expand...

Well, Cam won it. He got to be coach.

Well he ain't going there then.
Reactions: jcyclonee and JP4CY

JM4CY said:
So clearly he has style
Click to expand...

I was more typing it out with exasperation.

stormchaser2014 said:
Since USC is on the west coast, he can coach our games in the morning and then their games at night, and make twice the money!
Click to expand...

He wouldn't even be the first ISU football coach to coach another team at the same time.

Because Iowa State began its season in August—almost one and a half months prior to the beginning in Georgia—Warner was able to work out a deal. For $150 (equivalent to about $4,700 in 2020), he would coach in Iowa from August until the second week of September, and then head to Georgia and begin coaching there.
Click to expand...

I think a case could be made that he was probably the least talented coach to ever win a national championship.
Reactions: cyclones500, cyputz and aauummm

This was hilarious...I nearly peed myself I laughed so hard!
Reactions: CycloneVet and GTO

What heck did I just watch?
Reactions: JP4CY and GTO

BCClone said:
What heck did I just watch?
Click to expand...

Not sure where you originally saw that, but it must have been some good drugs.
U

Why is this able to be up? And why would he leave? He has the facilities and the #1 recruiting class in the new Big 12!
Reactions: aauummm

UNIGuy4Cy said:
Why is this able to be up? And why would he leave? He has the facilities and the #1 recruiting class in the new Big 12!
Click to expand...