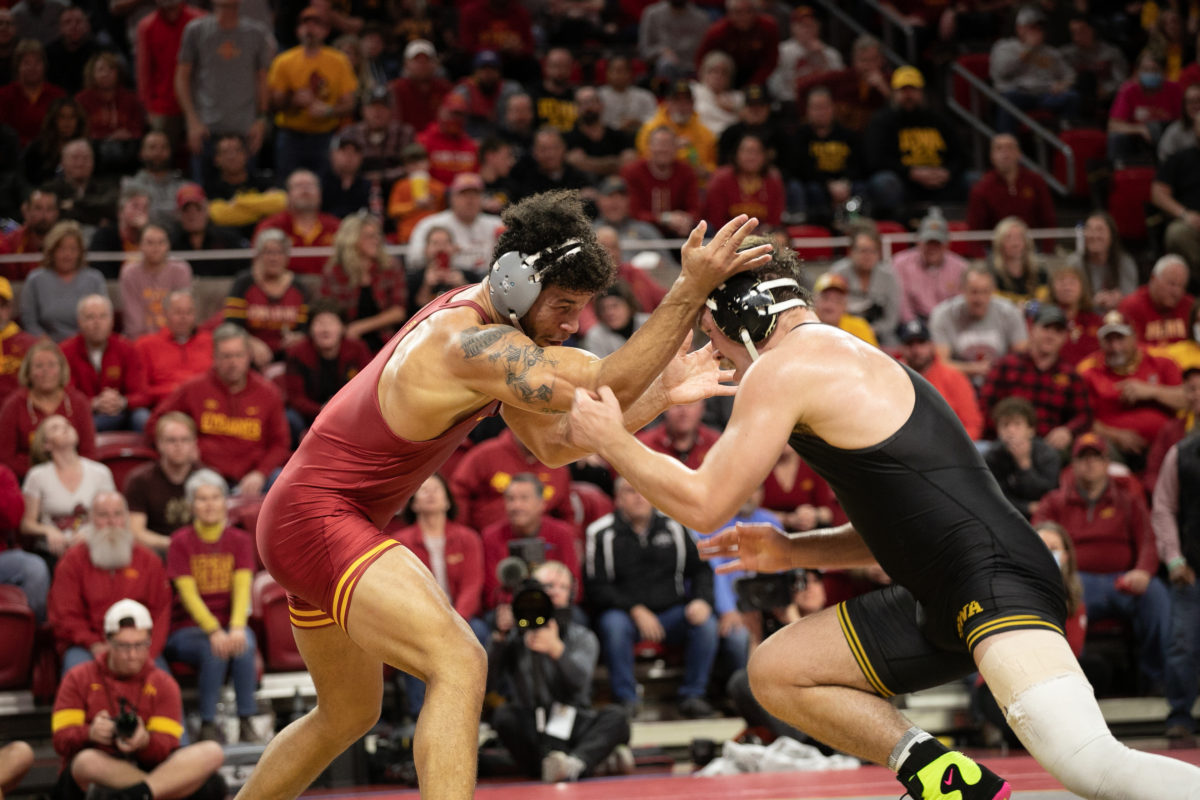 Anytime you’re tasked with wrestling the No. 1 team in the nation, you’re wrestling with house money before the dual even starts. They’re the undisputed favorites while you have nothing to lose.

Iowa State knew the challenge they were training for when it came to hosting the defending national champion Iowa Hawkeyes on Sunday night at Hilton Coliseum, but the best are No. 1 for a reason.

The Cyclones won four of the 10 bouts against the Hawkeyes, but Iowa walked away with a 22-11 win, marking Iowa’s 17th consecutive win in the series.

The dual, however, was anything but uneventful.

It set the tone by bringing a raucous Hilton Coliseum crowd to its feet.

Iowa went on to win the next three bouts until 157-pounder David Carr stepped on the mat and won 6-3 over No. 9 Kaleb Young.

Iowa State’s defining moment in the dual, however, came when Yonger Bastida hit the mat against No. 3 Jacob Werner, ultimately tallying a 4-3 upset decision.

“I am so proud of Yonger Bastida,” Dresser said. “I think we have a pretty special guy there… They had to play their ace, and we went and beat their ace at 197.”

The dual ended when Iowa State’s Sam Schuyler was handed a stalling disqualification in his heavyweight match against Tony Cassioppi.

The Hawkeyes were docked a team point in the aftermath of the heavyweight match after chaos broke out when Iowa assistant Terry Brands approached the Iowa State corner to exchange words. Tempers flared and emotions ran high.

Such is life in a rivalry — especially one as heated as this.

“A lot of good things across the board, you know, a lot of good competitive matches. I think the other side doesn’t like to see this side doing what we’re doing,” Dresser said. “That’s probably why things ended the way they did. But that’s all right. When there’s a bully in the playground, you got to hit the bully back. And so we hit the bully back a little bit tonight, and they don’t like it. But that’s just how sports go sometimes.”

Iowa State went toe-to-toe with the biggest bully on the block, but even house money wasn’t enough this time around.