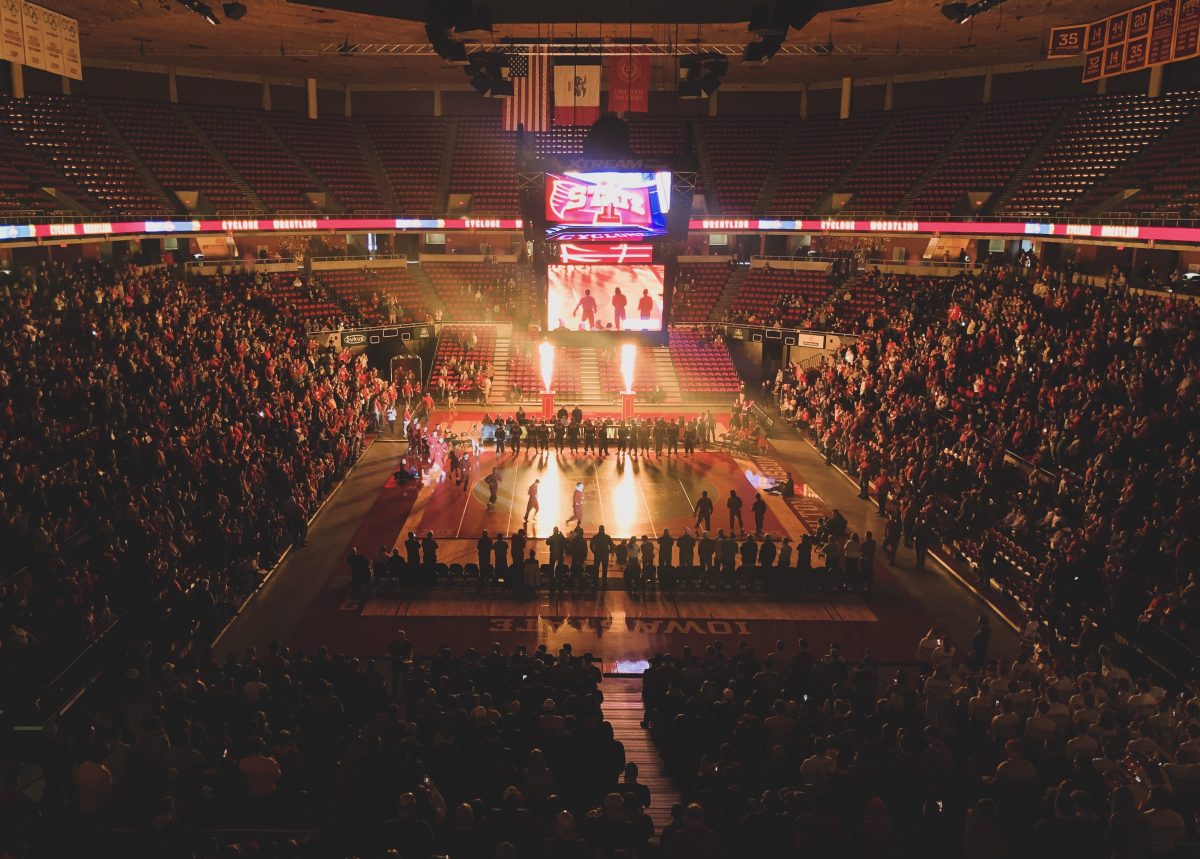 Iowa State won seven of 10 matches in a 28-9 victory over Lindenwood, a Division II power ranked No. 2 nationally. Ramazan Attasauov won by major decision (10-2) over Tanner Hitchcock at 133 pounds to get the Cyclones on the board. He had four takedowns in the win.

Ian Parker won a close match over Colby Smith at 141 pounds, 2-0. After a scoreless first period, Parker rode out Smith in period two and got an escape in the final frame for the victory. David Carr was a takedown machine in a 24-9 technical fall victory over Ronnie Gentile at 157 pounds. Carr dominated the match with 10 takedowns.

In his first match of the year, Joel Shapiro took a 3-0 decision over Kyle Dickhaus at 184 pounds. A first period takedown and riding time was all Shapiro needed, staying on top of Dickhaus the entire second period. Cody Fisher got the lone pin in the match, turning Keaton Fogler in the first period of the 197-pound bout to get the fall at the 2:47 mark.

ISU held the advantage in takedowns, 25-9.

No. 13 Iowa State lost a tight one to No. 5 Oklahoma State, 16-15. The teams split the matches, with the difference being a major decision victory at 149 pounds by the Cowboys. The swing match was at 125 pounds, as Couy Well came back to defeat Kysen Terukina, 6-4 in sudden victory.

Zach Redding won the Cyclones’ first match at 133 pounds defeating Reece Witcraft, 6-0. After a scoreless first period, Redding stayed on top the entire two minutes of period two and then got a takedown and a two-point nearfall in the third stanza.

Five takedowns by Ian Parker propelled him to a 12-6 win over Dusty Hone at 141 pounds. Parker had four of his takedowns in the final two periods. Third-ranked David Carr remained unbeaten (8-0) with an 8-4 triumph at 157 pounds over Wyatt Sheets. Carr didn’t allow a takedown while recording three.

Julien Broderson scored a huge win at 174 pounds with a 4-1 TB1 victory over Anthony Montalvo. Broderson rode out Montalvo in the extra period before scoring an escape and takedown with under :10 seconds left.

Gannon Gremmel closed out the dual with a 6-2 win over Austin Harris at heavyweight. Gremmel was the aggressor and was never threatened, scoring a pair of takedowns to improve to 8-0 on the year. 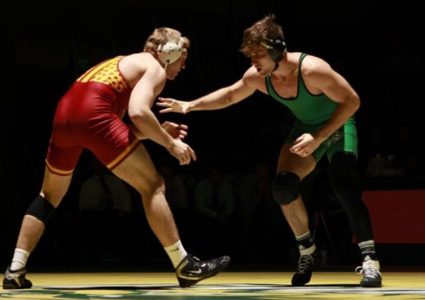 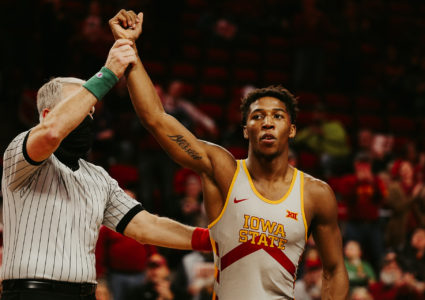