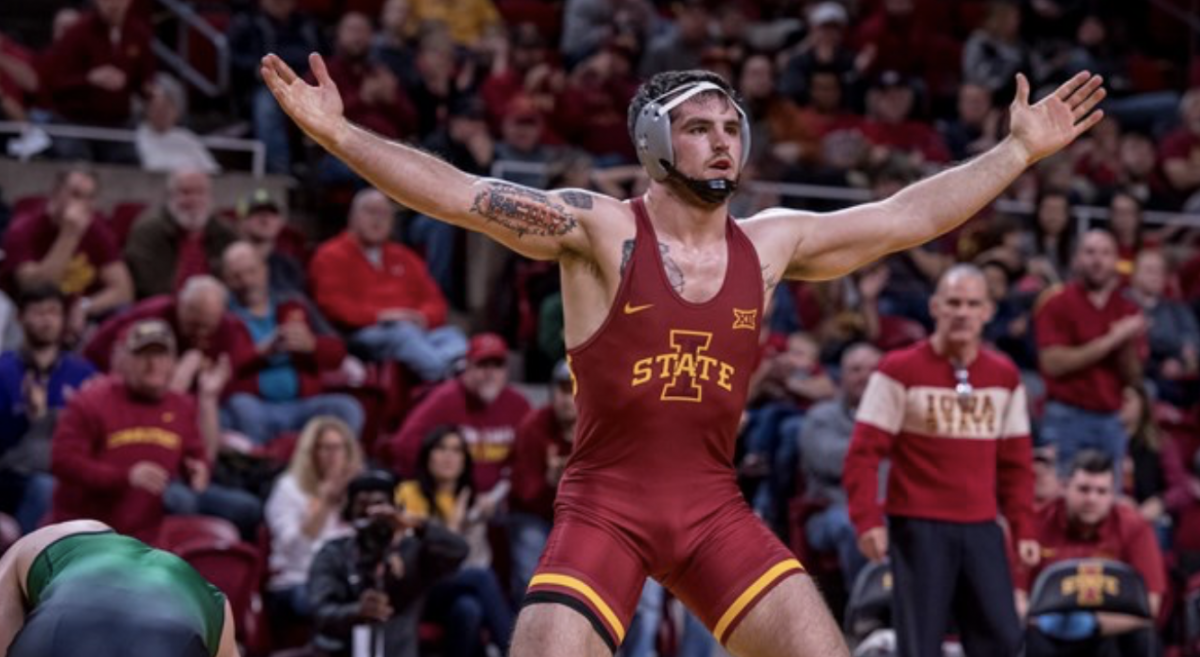 The dual began at 197-pounds and No. 6 Willi Miklus. After giving up the first takedown of the match, Miklus corrected course against Noah Adams. He began the second period with an escape and a takedown, and took Adams to his back for the fall in 4:37.

At heavyweight and 125 pounds, Gannon Gremmel and Alex Mackall both followed with victories by decision. Gremmel defeated Brandon Ngati 2-0 behind an escape and a point for riding time. Mackall won his match 8-2, scoring all eight of his points in the final two periods.

The 133-pound bout featured a pair of wrestlers ranked in the top-15. No. 7 Austin Gomez squared off with No. 15 Matthew Schmitt. Gomez used two takedowns and a two-point nearfall to take out the Mountaineer, 8-4.

No. 14 Ian Parker brought the Cyclones into the intermission with an 18-0 lead. His match at 141 pounds was a barn-burner. Leading 5-1 in the second period, WVU’s Caleb Rea took Parker to his back. Parker was able to reverse the position to make the score 7-7 heading to the third period. Parker left no doubt, securing three third-period takedowns and added a point for riding time in a 14-9 victory.

After the break, No. 11 Jarrett Degen continued to roll for the Cyclones. He scored two takedowns and two escapes in a 6-3 victory over No. 16 Christian Monserrat.

Chase Straw started a string of three-straight bonus-point victories for the Cyclones. Straw tallied five takedowns, including three in the third to push past Zachary Moore by 13-4 major decision.

No. 24 Marcus Coleman held a 4-1 lead after two periods against James Wujek. In the second period, Coleman started on bottom and reversed the Mountaineer. Coleman brought Wujek to his back and secured the fall in 3:27.

The finishing touches were put on the Cyclone victory by No. 16 Sam Colbray. The Hermiston, Ore., native wasted little time in getting to his offense, scoring five first-period takedowns, a four-point nearfall and a two-point nearfall to hold a 16-4 lead. He finished off Jackson Moomau with an escape and a takedown in the second period for a 19-4 technical fall in 4:40.

After a long road trip, Iowa State will wrestle next at home. The Cyclones are set to take on Oklahoma on Friday, Jan. 25 at 7 p.m. in Hilton Coliseum. That dual will be streamed on Cyclones.TV and FloWrestling. 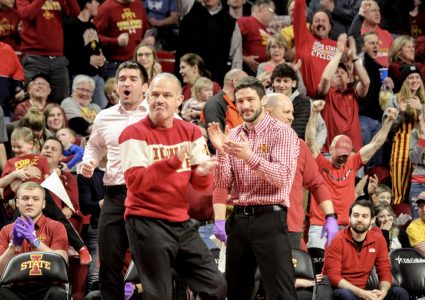