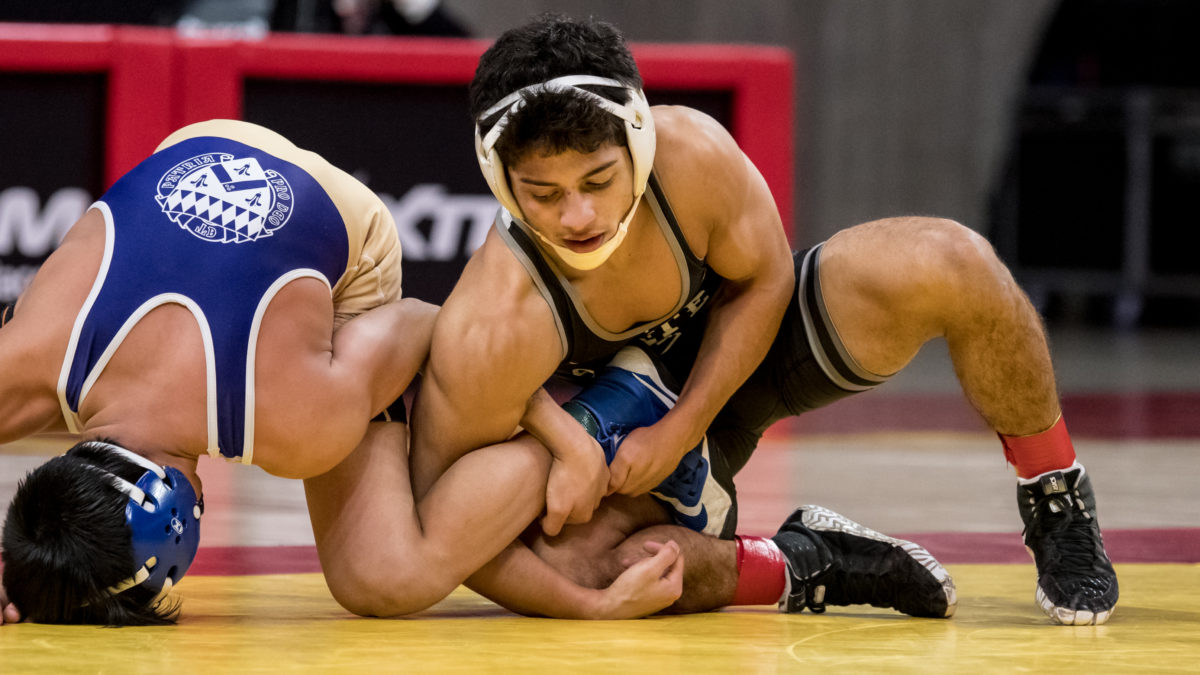 Kysen Terukina left the warm weather of Ewa Beach, HI for the cold winters of Ames, Iowa to become an Iowa State Cyclone.

The decision seemed like a no-brainer when he felt he found the coach who really believed in him.

“It was exciting,” Terukina said about the process of being recruited by head coach Kevin Dresser. “Just knowing the belief he had in me was enough to know that was a coach I wanted to wrestle for. He knew what a challenge I was. He knew how much potential I had and knowing he believed in me that much just made me want to work harder.”

Terukina has been doing just that.

When redshirt senior Alex Mackall made the decision to leave the program and move into his life’s next chapter, Terukina became the main guy at 125 pounds.

“I have a job to do. I’m not just a freshman on the team. I’m a freshman who has a role to play,” Terukina said about becoming a starter. “Just having to step up early and be a contributor to the team is pretty exciting as a freshman but it’s also a really important job to have when you’re a freshman. So I take that seriously. I just know I have to get better every day for my team so they can depend on me every time I go out. It’s a stressful job but I know I can do it. The coaches believe in me, so it’s exciting at the same time.”

In his Hilton debut, the Hawaii native set a tone when he defeated DII No. 1 Josh Portillo (UNK) in a 6-5 decision.

“I was really impressed with his athleticism,” Dresser said when seeing Terukina wrestle for the first time. “People that have watched wrestling this year have seen the same thing that I saw.”

Terukina won back-to-back titles at that tournament in 2018 and 2019. He also finished his high school career as a four-time state champion, the 12th in Hawaii’s history.

The interesting part about Hawaiian wrestlers is that they don’t have the same style of wrestling as you find in the rest of the United States. There’s an adjustment period.

“The hand fighting is way better. They are (wrestlers outside of Hawaii) just tougher, like, in every position. They make you work to get out. You have to hand fight really hard just to escape or get a takedown. You have to work super hard because the kids are more experienced here. They also like to scramble more so it’s just a lot more work in wrestling a lot tighter and finishing positions better. Just little details like that. Just some stuff that I noticed I had to work on and I had to adjust wrestling.”

Wrestling has always been an important part of Terukina’s life. Adjusting to the new normal has been an exciting process for him due to his love for the sport.

“For me, wrestling is just a sport I grew up doing. I grew up loving it,” Terukina said. “It makes you feel uncomfortable so many times but when you overcome things it’s just a feeling like no other. You feel like you’re on top of the world. To me, wrestling, I just love it so much. I’ve done it my whole life.”

Terukina started wrestling in the second grade. Iowa State wasn’t a completely foreign location for him as his older brother, Shayden Terukina, is a former Cyclone wrestler. Terukina’s father and two other brothers also wrestled.

In his transition to Ames, he gained a new wrestling family. When asked who he would credit for having the biggest impact on him this season he credited the rest of the freshman class.

“My freshman class, in general, because we’re around each other the most, I spend the most time with them and just being around them and seeing how they want to get better. They’re fighting for starting spots, like my roommates Zach Redding and Cam Robinson. They’re not just satisfied with being on the team. They always want to improve and they always want to be better. From the beginning, they just made me not satisfied where I was. So they definitely always influence me to just push myself and to get better, get tougher.”

The freshman gets another chance to continue to make an impact as he won the wrestle-offs for the starting spot at the Big 12 Championships.

“To me, the question with Kysen was not his athletic ability was. It was if he is tough enough to be battle-tested to be a good DI wrestler and hold up when things got hard,” Dresser said. “I think that’s the exciting part about Kysen right now, is that he’s proven to me that he’s tougher than I thought he might be. Obviously, you’re always, kind of, rolling the dice in recruiting and he was a little bit of a dice roll in that I just didn’t know what he was able to withstand. So far this year, he’s withstood a lot. He’s doing a great job of it.”

Terukina will start the first round with a bye as the No. 7 seed. Then, in the quarterfinals, it will be showtime.

“He is going to be really dangerous when he realizes just how good he is,” Dresser said. 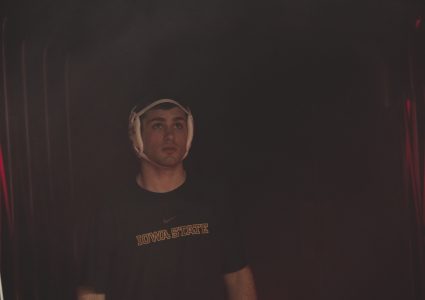 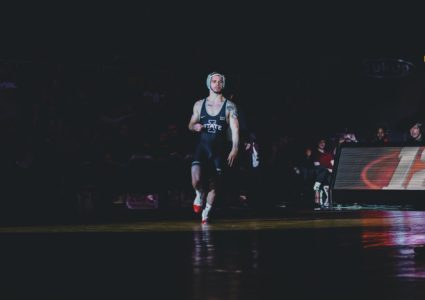