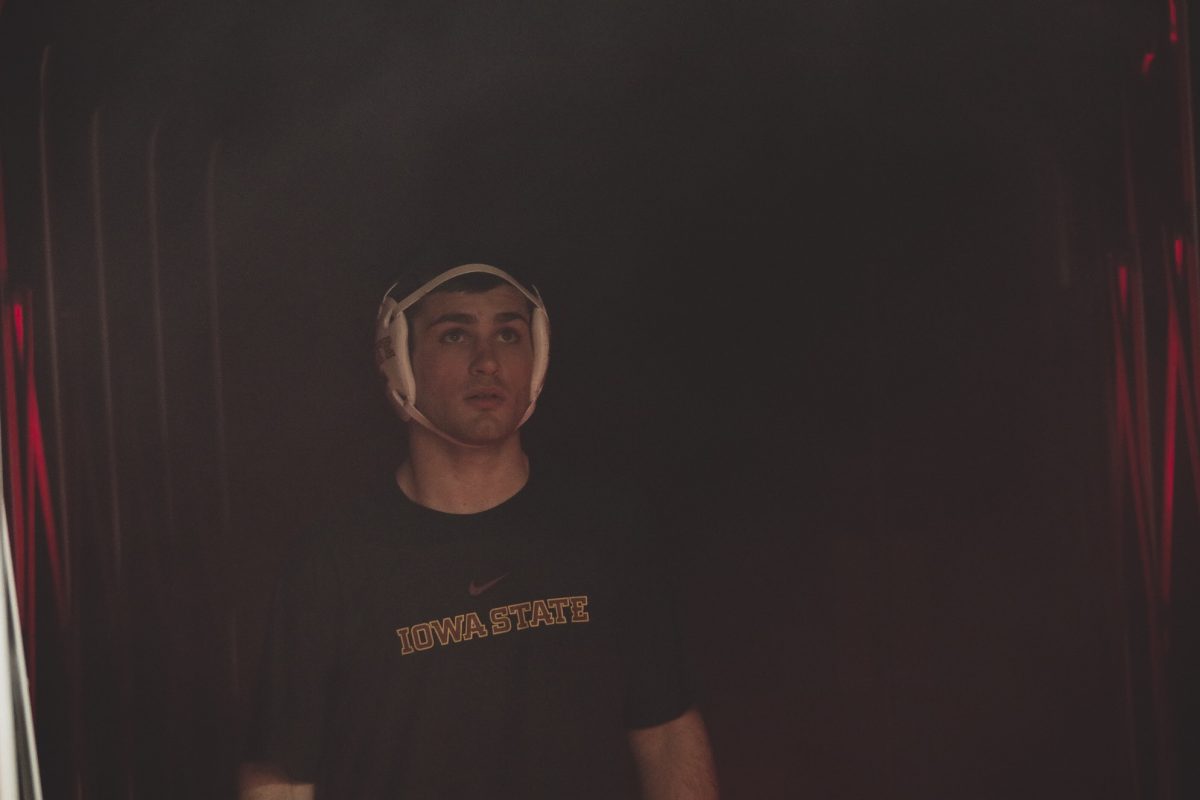 “Big shoes to fill with the team on the rise,” Schumacher said. “It’s been a good experience but been tough.

“It’s going to be different because I’ve never experienced anything like it,” Schumacher said before getting on the bus to North Dakota State for his official debut. “I’m going in ready.”

Schumacher went down in an 11-0 loss.

When making his Hilton debut though, the true freshman turned his luck around and came back with a dominating 11-7 win.

But what makes Schumacher an impressive fit for the weight class?

“He threw some stuff out there,” Dresser said. “You get seven minutes to make something happen so if one thing isn’t working, go to another thing. I like the fact that he threw it out there.”

The former state champion is showing attentiveness to stay tough and consistent.

“Right now I am just trying to get better,” Schumacher said. “I feel like I have a lot of work to do and a lot of progress to make.”

Schumacher has an overall record of 14-9, and Dresser has had nothing but praise for the young starter.

“I think we found us one there,”  Dresser said following the Oklahoma dual. “A guy that was just a small school state champ in Iowa that caught my eye at the state tournament last year. I’m glad he caught my eye because he’s gonna win some matches at Iowa State before he leaves here.”

Schumacher was recently able to continue his winning streak at home with a win against Hayden Hansen in an 5-0 decision.

“I feel like if I keep working and trusting the coaches and everything they say and I keep following what they say to do I feel like I could do that,” said Schumacher.

Assistant coach Derek St. John has been working one-on-one with the rookie.

“It’s amazing,” Schumacher said about that time. “St. John gets me ready to go. He calms me down. He always says the right things before my matches to relax me but also gets me fired up.”

But his favorite part of it all?

“Running out of the tunnel,” Schumacher said. “St. John talking to me in the walk-way before I run out just gets me fired up. Being able to hear them call my name and shake hands and just wrestle.”

We are now at 165 pounds with Logan Schumacher. How about these intros? pic.twitter.com/W8HEzsftd9

WRESTLING: Analyzing day one at the Big 12 Championship 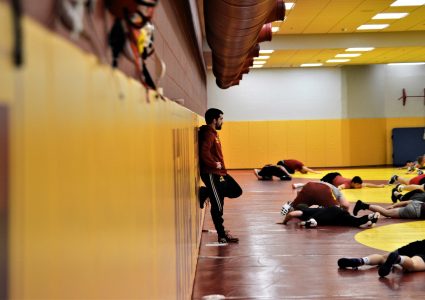 WRESTLING NOTEBOOK: Cyclones aim for growth ahead of UNI Open