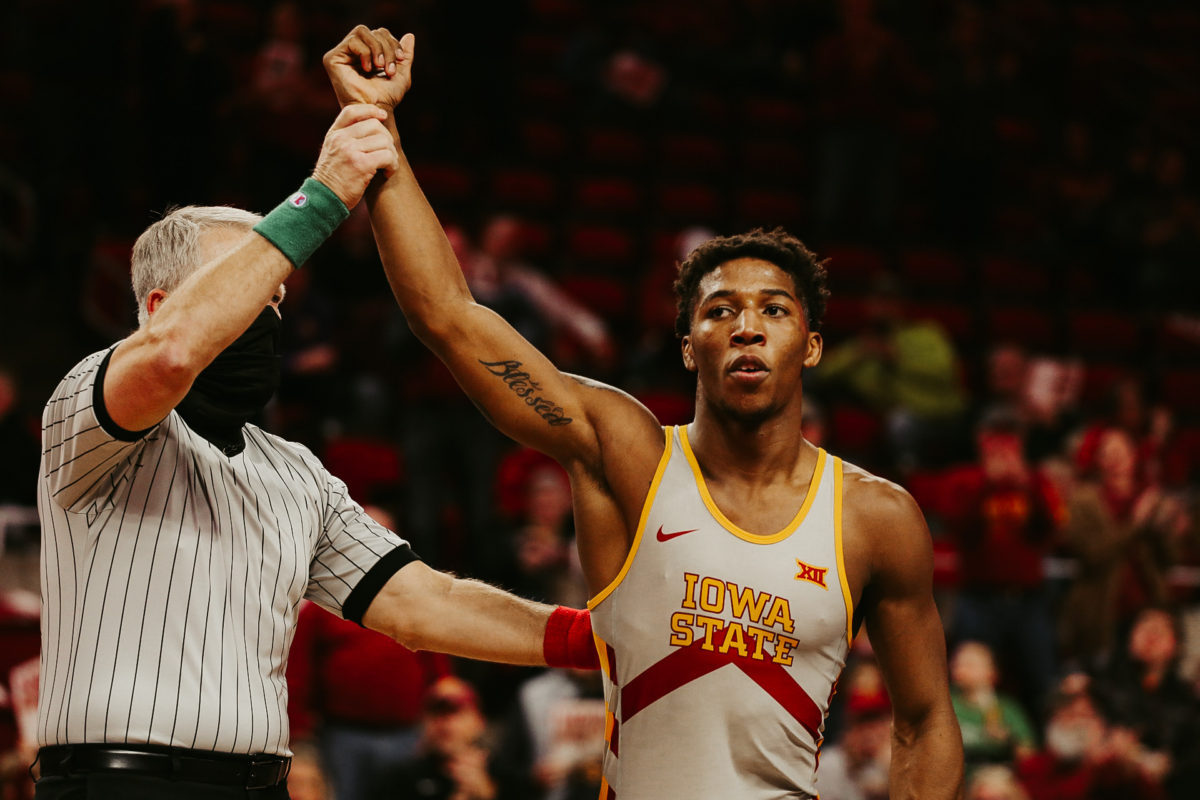 The Cyclones picked up four victories with bonus points, including falls from No. 1 David Carr at 157 pounds and Isaac Judge at 165.

Iowa State opened the dual at 125 pounds, as No. 24 Kysen Terukina picked up a 7-6 decision over Jake Svihel. Terukina trailed 5-1 late into the second period before pulling out the victory. At 133 pounds, Ramazan Attasauov was dominant in a 12-3 major decision over No. 33 Job Greenwood. A takedown and two nearfall points in the first period sparked Attasauov before he scored five points in the third period for the win.

At 141 pounds, No. 11 Ian Parker defeated Chase Zollmann by 11-3 major decision. Parker led 4-0 going into the third period before adding a pair of takedowns. At 149 pounds, No. 23 Jarrett Degen defeated Jaron Jensen 7-4. Degen used an escape in the second period to take a 5-4 lead before adding a takedown with :38 left for the victory.

Carr led 8-3 in the second period when he recorded the fall over Darren Green in 3:54. The fall was the fourth-straight pin for Carr and the 44th-straight victory for the defending national champion. At 165 pounds, Judge led 2-0 early in the first period when he pinned No. 15 Cole Moody in 1:25, extending the Iowa State lead to 26-0.

The featured match of the night came at 197 pounds, as No. 13 Yonger Bastida faced No. 3 Stephen Buchanan. Bastida recorded a takedown with :25 left in the first period for the first points. Bastida added another takedown with 1:32 left in the third period, but a takedown by Buchanan with :24 left sent the match to sudden victory. With :36 left in sudden victory, Buchanan grabbed a takedown for the 6-4 victory. Iowa State closed the dual with a 12-5 victory from No. 29 Sam Schuyler at heavyweight. Schuyler led 5-1 going into the third period before recording three takedowns.

Iowa State returns to action on Sunday with a pair of duals in Belgrade, Mont. Against MSU-Northern and Providence. Live results will be available at TrackWrestling.com. 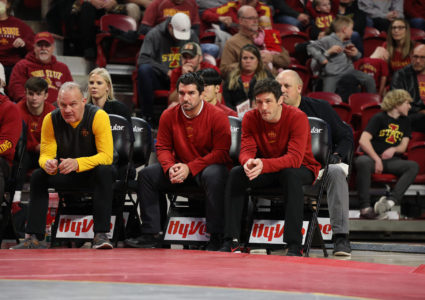 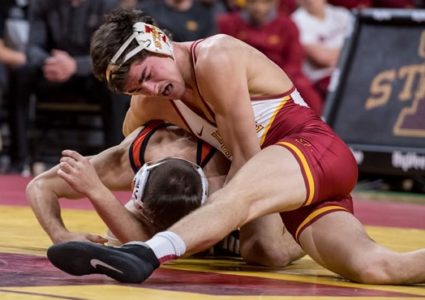 Iowa State defeats NDSU and SDSU on the road